A Technology Foundation or Disruptive Solutions? What Oktoberfest Can Teach Us About What Comes First 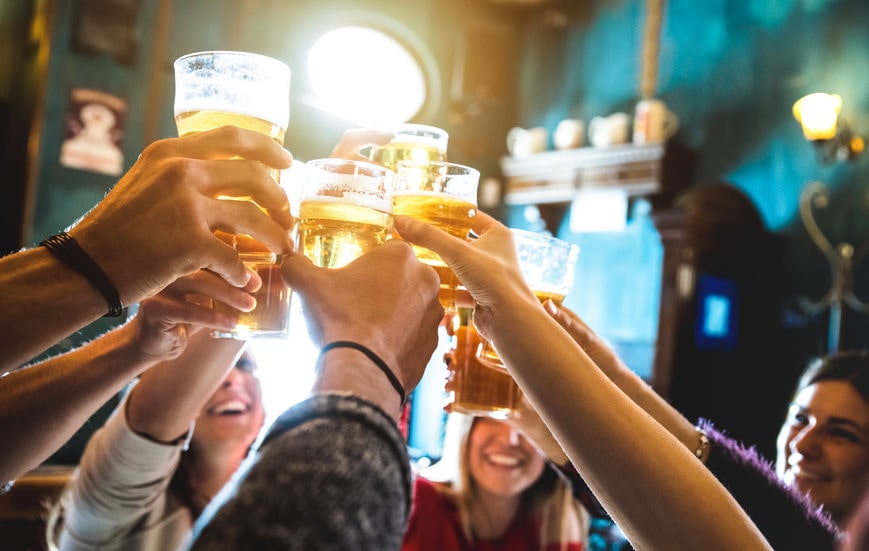 Which came first at Munich’s legendary Oktoberfest, the fairgrounds or the beer tents? When my Bavarian host described what I should expect from a visit to the Munich Oktoberfest recently, I carelessly remarked, “Oh yes, we also have an Oktoberfest in Cincinnati.”

Big mistake. After a fifteen-minute lecture it was crystal clear why comparing Munich’s Oktoberfest to any other city’s version would be a bit insulting. You don’t compare a three-star Michelin restaurant to a McDonald’s. Munich’s Oktoberfest is, after all, the largest festival in the world: 14 enormous tents that can hold ten thousand diners each, as well as several smaller tents set the stage for a staggering 7.5 million liters of beer from local breweries only, consumed by 6 million people. On top of that, there are stalls and the entertainment rides covering the vast fairgrounds. There’s a lost and found area just for lost children. Among the thousands of other more traditional lost and found items each year is usually at least one set of dentures.

If Cincinnati or any other town wanted to replicate this annual economic boom, where would they start? What came first in Munich: the fairgrounds, or the beer tents?

How about neither? The origins of the world’s most famous beer fest involve a wedding and horse racing. In 1810, Crown Prince Ludwig married Princess Therese and the palace graciously invited the citizens of Munich to celebrate. The fields in front of the city gates were thrown open for the festivities, which included some real serious horse racing. That should have been it for the event, except for the decision to hold the horse races and festivities again the next year. That launched what is now an annual Oktoberfest tradition. In 1882, booths selling bratwurst and beer in glass mugs were introduced. And a century later, most of what the world remembers is the beer.

The Chicken or the Egg

The question of where to start when trying to replicate a successful model is universally hard. In the case of local Oktoberfests, do you first build the fairgrounds infrastructure? Or just start with the beer sales? And, should you start with a bang by holding a large-scale event, or start small and iterate rapidly? It’s the same issue organizations face as they struggle to figure out how to compete with digitally native competitors who have immense digital capabilities. Where do you start? Do you first build basic infrastructure, including cloud, data quality, and standard ERP (Enterprise Resource Planning like SAP), and then bring in algorithms and AI? Or get going with the algorithms and build the foundation as you go?

Comparing the Historical IT Approach to a Digital Native’s

Many Silicon Valley tech giants have enviable customer systems— consider the Amazon website, for one, but surprisingly unsophisticated back-office systems — such as the financial or HR systems of record. On the other hand, traditional enterprises take the approach of “get the ERP and data foundation right, before going into the fancy AI stuff.”  But in today’s world, the latter approach is a mistake. Here’s why:

A digital business model is supported by at least five technology platforms.

Each of these platforms has different characteristics and must be developed differently. The mistake traditional organizations make is to consider the latter four just an extension of the first, and build them sequentially from that. It’s an archaic practice. And as mentioned earlier, in some tech giants, the latter four may actually be stronger than the first.

Traditional IT and digital approaches that still follow the approach of “foundation first” before “new disruptive solutions” are outdated. That thinking, and possibly the leaders who subscribe to it dogmatically, are likely a hindrance to competing with best-in-class digital models. Instead, start small and iteratively build all five areas of digital foundation. The virtuous cycle will power digital transformation more reliably. After all, the Munich Oktoberfest success story wasn’t built on focusing on just one foundational element of beer, or amusement rides, or food, or traditional dress. Munich built it by evolving and growing a great concept, and focusing relentlessly on customers and economics. Don’t get trapped by the chicken or egg dilemma. Start with a micro-chicken and a micro-egg, and iteratively grow them together. Go forth and transform.

by Tony Saldanha // Tony Saldanha is president of Transformant, a consulting firm specializing in assisting organizations through digital transformations. During his twenty-seven-year career at Procter & Gamble, he ran both operations and digital transformation for P&G’s famed global business services and IT organization in every region of the world, ending up as Vice President of Global Business services, next Generation services. He is an advisor to boards and CEOs on digital transformation, a sought-after speaker, and a globally awarded industry thought leader. His new book is Why Digital Transformations Fail: The Surprising Disciplines of How to Take Off and Stay Ahead (Berrett-Koehler Publishers, July, 2019). Learn more at tranformant.io.

Strategizing
What Business Trends Will Impact Growth Through 2022?

Equipping
Slow Tech Could Waste 24 Days of Worktime a Year

Interviews & Spotlights
How One San Diego Audiovisual Company Is Helping Create a New Type of Entertainm...