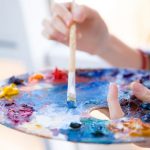 The world is getting smaller. In 1966, Walt Disney unveiled “It’s a Small World,” a now classic ride, and the phrase has been used ever since to highlight how the world keeps getting closer together. Even before this, the idea of “six degrees of separation” surfaced in 1929 and was popularized by a film by the same name in 1993. That was before the internet! The internet, … END_OF_DOCUMENT_TOKEN_TO_BE_REPLACED