Getting a Loan to Invest in an Idea 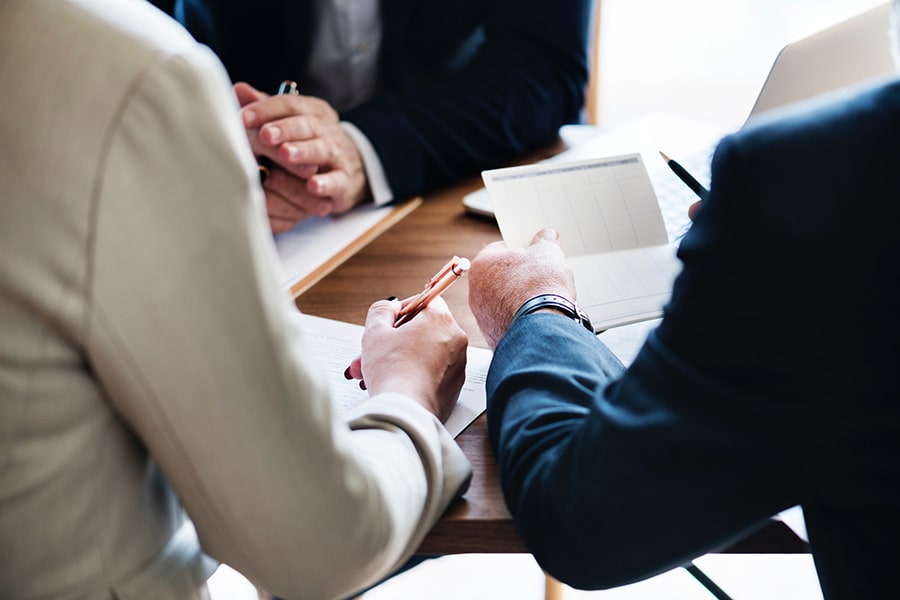 Unless your personal assets are quite formidable and your business idea disproportionally modest, chances are that you won’t be able to fund it out of your own pocket. Fortunately, you don’t really have to, seeing as how the vast majority of the business world does this via a loan. Now, speaking of loans and lending, it’s important to mention that there are various forms out there. First of all, you can borrow money from a bank or a credit union, which is a standard procedure, borrow from your friends and family, or look for an alternative loan. Nonetheless, getting this money is a first major obstacle on your road to success. That being said, there are several things you need to know on this topic.

Going to a Credit Union

The first thing you should consider is going to a credit union and applying for a loan. Here, you’ll have to pass some checks, depending on the offer by the credit union, as well as depending on the amount of money you need. The first stop that the lender will make is your credit rating, also known as the credit score. This is the analysis of your previous fiscal diligence set on an algorithm that’s designed to try and predict how likely you are to be responsible for your future repayments.

Keep in mind that this credit rating isn’t only good for getting a loan, but it may also determine the rate of your next insurance and much more. In other words, it’s an issue that a business owner (or a future business owner) must resolve as soon as possible. Fortunately, there are some lenders who don’t insist on a positive credit rating, yet, they usually have somewhat stricter terms, such as interest rates that you’ll have to deal with later on.

Lastly, there are some credit unions that require a different kind of assurance. Most commonly, we’re talking about the collateral, in which case, you’re using an asset that you own as a safety deposit, in case you don’t manage to pay the union back. Other credit unions require that a fiscally solvent acquaintance (business partner or a friend) vouch for you. In this scenario, in the case of your failure to make the payment, they would be the ones to step in.

The first advantage of P2P lending lies in the fact that the borrower has the option to decide who they’re giving money to. This, however, doesn’t mean that safer ideas have the advantage. Sure, the money is safer with them, but this also means that the ROI is somewhat smaller. For this to work to your advantage, as a business, you should look for local lenders and lending platforms. For instance, for a business from NSW, the most sensible solution would be to look for options for P2P lending in Australia. Once your business picks up and you become profitable enough, you could even pay some of this back by becoming a P2P lender yourself.

By lending money to aspiring entrepreneurs, the government is actually helping out the local economy by creating jobs and strengthening future major taxpayers. This is why government grants and business loans usually have superior conditions to those of independent lenders; they also have much more to gain. Nonetheless, in order to get a government loan, you need to be eligible for it. The best place to start is to look for programs available in your state, since most of this is regional anyhow.

Some people generate wealth by recognizing a good idea and investing in it early on. Now, a lot of people focus on the aspect of getting the money they need; however, with venture capitalists you actually get so much more. Due to the fact that their return depends directly on the performance of your company (similarly to P2P lending), it’s highly likely that a venture capitalist will take a personal interest in your company. This means that you stand to gain some invaluable advice completely free of charge, as well as a chance to benefit from a guidance of a proven industry veteran.

Selling Equity in Your Company

One of the easiest ways out of your early financial problems is to sell some equity in your company to an interested party. Keep in mind that while this doesn’t require you to repay them in the future, you’re giving up some of the control in the company, as well as losing a small portion of your business that might turn out to be priceless in the future. A lot of people think about people who bought stocks of Apple while the brand was in its infancy but how about those who sold these same stocks while they were worthless. This is definitely something worth thinking about.

Borrowing Money from Friends and Family

The reason we put this one last is due to the fact that, for several reasons, it’s best used as a last resort. Why? Well, because you stand to lose much more than just money. This way, you’re putting your personal relationship in danger, which is why you need to consider this solution only if you, first, don’t have another choice and, secondly, are absolutely positive that you can pay the money back. By paying the money back, we don’t necessarily mean that your business will be to pay it off but that, in the case of a failure, you have a way of obtaining money. Sure, a person close to you can be lenient; however, in order to hold true to them, you must resist the urge to exploit this.

The reason why this is so incredibly important is the way in which you get the initial capital greatly determines the structure of your business later on. A loan gives you a monthly rate to include into your list of expenses, as well as an interest to consider, while selling equity robs you of some of the control in the company. In other words, it’s not just about the money, it’s also about the future of your idea, your business, and your ambition.

by Emily Wilson // Emily Wilson is a business psychologist with a passion for marketing. Researching, exploring and writing are her favorite things to do. Besides that, she loves animals, music, and travelling.

Entrepreneuring
Top Things to Remember When Starting a Business

Moneying
The Future of Small Business Lending: 2018 and Beyond