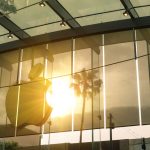 Apple became the first trillion-dollar company in August of 2018. One reason for its success is the cult-like status it has achieved among its devoted customers. Another reason is the secretive, demanding and highly productive work culture that Steve Jobs created. Other incredibly successful companies have managed to build a cult-like following among their employees and … END_OF_DOCUMENT_TOKEN_TO_BE_REPLACED

Bretton Putter, author of Culture Decks Decoded, is an expert on startup and high-growth company culture. As Managing Partner of a global executive search firm, he sourced CxOs, VPs and Directors for over 400 startups and high-growth companies. He is founder and CEO of CultureGene, a company culture consultancy, writes a popular blog on culture-driven companies, and is a contributor to Forbes. His new book is "Culture Decks Decoded: Transform Your Culture Into A Visible, Conscious And Tangible Asset". Learn more at brettonputter.com