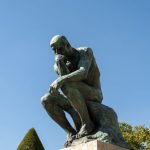 Artificial Intelligence is defined as the development of computer systems with the ability to perform tasks that normally require human intelligence. The concept sounds reasonable enough, but how exactly does a machine learn, and is it different from how humans learn?  Tay was an artificial intelligence chatbot that was originally released by Microsoft Corporation via … END_OF_DOCUMENT_TOKEN_TO_BE_REPLACED

Rhonda Scharf is an award-winning speaker, consultant, and author specializing in tech-driven people power. For over 25 years, she has helped companies and individuals get on the right track and improve their productivity, effectiveness, and efficiency. She’s conducted more than 2,500 training workshops and seminars for Fortune 100 companies and tens of thousands of people worldwide. Her new book is Alexa Is Stealing Your Job: The Impact of Artificial Intelligence on Your Future (August 2019). Learn more at On-The-Right-Track.com.