A Look at Slogans and Taglines 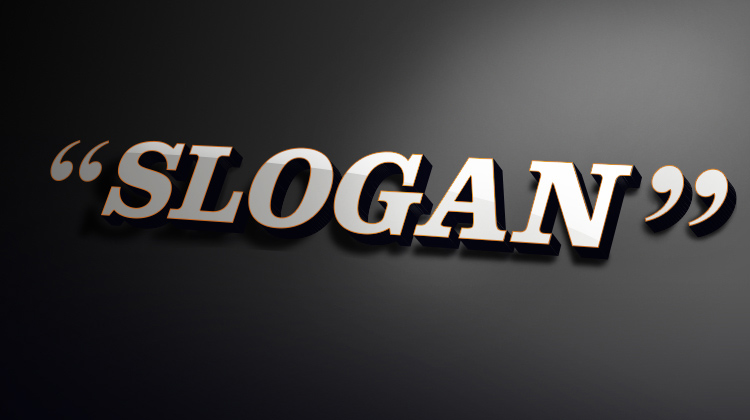 Company slogans or taglines have a long history in advertising. Some of the first popular slogans include Ivory Soap’s “99 and 44/100ths percent pure” tagline which was used with the product’s debut in 1879. In 1886, Coca-Cola used the slogan “Drink Coca-Cola”, and since 1896, The New York Times has used the tagline “All the news that’s fit to print”, a tagline that still appears on the paper to this day.

Taglines and slogans are usually short, catchy phrases, meant to be remembered and repeated. With that goal in mind, the “Got Milk” tagline, which was first used in 1993 by the California Milk Processor Board, is probably one of the most successful taglines of all time. More than 20 years later, this catchy tagline is still copied by companies trying to piggyback on the tagline’s success.

Some companies find a slogan or tagline that works for them and stick with it. For example, Hallmark has used the slogan “When you care enough to send the very best” since 1944. Nike has not wavered from it’s “Just Do It” slogan since 1988. BMW has been using tagline “The Ultimate Driving Machine” since the 1970s.

Mc Donald’s is another company that frequently changes their slogans or taglines. As of today, the fast food franchise has had eleven different slogans or taglines since 1955. Some examples are: “Let’s Eat Out”, “You Deserve a Break Today”, “Mac Tonight”, and the current slogan, which has been in use since the early 2000s, “I’m Lovin’ It”.

Slogans and taglines have been, and will continue to be, an important part of advertising and marketing. Large and small businesses alike can benefit from having a catchy slogan or tagline. If you have a favorite slogan, or if you think your small business’ slogan is particularly catchy or clever, share it in the comments section below.

Leading
Origin Stories Behind the Most Famous Slogans