Are You a Tortoise or a Hare in Your Launch Approach?

Aesop’s fable, The Tortoise and The Hare, tells the tale of a race between a tortoise (a slow and steady mover) and a hare (an animal with explosive speed). You’ve likely heard the story. The hare’s speed makes him arrogant. Confident of winning, he takes a nap midway through the race. When the hare awakes, he finds that the tortoise, crawling slowly but steadily, has arrived before him.

I like to reference this fable in launch marketing, not because “slow and steady” is the better option but because it’s a wonderful analogy of the two types of trajectories entrepreneurs and creators can pursue in their launches.

The Tortoise launch trajectory is slow, steady, and focused on incremental improvements over a longer period of time. Entrepreneurs going this route will often launch without much fanfare. Instead, they opt to stay under the radar and make improvements to their launch marketing day by day. They tend to consider reaching their destination (a goal, such as revenue or customers) as a marathon, rather than a sprint.

This is how I have launched my organizations, without fanfare and fireworks, simply keeping my head down, working day by day, and seeing steady improvements successfully scale up the business.

The Hare launch trajectory is fast and explosive, focused on creating a massive impact on day one and using that momentum to spark sustained growth. Entrepreneurs going this route will be zeroed in on the launch day, with the vast majority of pre-launch efforts focusing on maximizing the potential of those first 24 hours. They hope that rapid, early success will put their brand and product name out there instantly (no flying under the radar for creators going this route), and help them to reach big goals quickly.

This is a favorite of Apple for release of any of its latest innovations. It often launches with a bang: long lines outside Apple stories, global launch events, months of anticipation in the lead up, and even the occasional “accidental” leak of a design, event, or date to boost excitement among its loyal followers.

Both the Tortoise and the Hare tactics are powerful, successful, launch marketing strategies. Only you can determine which is right for you, but consider a few pros and cons as you make your decision.

Pros and Cons: The Slow and Steady Tortoise

The Tortoise strategy should be considered by entrepreneurs and creators who:

Pros and Cons: The Fast and Explosive Hare

The Hare strategy should be considered by entrepreneurs and creators who:

Both launch trajectories should end up at the same destination (a revenue goal, for example) within roughly the same amount of time (a 30-to-90-day launch period). Essentially, they offer two different paths to that destination. 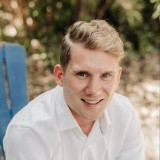 Will Russell is CEO of Russell Marketing, specializing in e-commerce launch marketing, which has helped hundreds of entrepreneurs validate their ideas and execute successful launches. He has been featured in Business Insider, Forbes, Crain’s New York, Indiegogo, StartUp Nation and more. His new book is, Launch in 5: Take Your Idea from Lightbulb Moment to Profitable Business in Record Time (Nicholas Brealey, Nov. 8, 2022). Learn more at https://www.launchin5book.com.

Starting a Business? You’ll Need These 6 Things to Get Started

How to Become a Pennsylvania Sole Proprietorship

A Guide to Starting Your Own Business

The 5 Essential Steps to Starting a Successful Business

Is it Better to Start Your Own Business or Buy an Existing One?

How to Start a Direct Selling Business

Starting a Company? Avoid These Pitfalls

5 Tips for Starting a Manufacturing Business

Entrepreneurship in America: How COVID-19 Changed the American Dream