How to Use Press Releases to Help You Grow Your Business 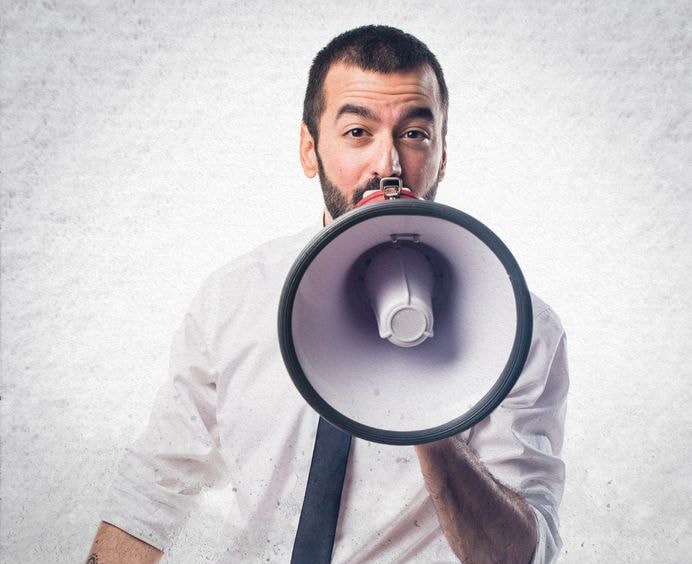 Imagine what it would be like if, in order to grow your small business, you had to personally go door to door, telling each and every individual that answers about your products or services. How long would it take you to hit everyone in your target market? Too overwhelming an idea to even consider?

Okay then. Let’s say you get smart about it and, instead of just going out yourself, you have all of your employees go out as well. Depending on the size of your business, you may be able to corner prospective customers a lot quicker. But that’s still an awful lot of work, wouldn’t you say?

That’s part of what makes press releases so great. Not only do you not have to go door to door yourself, or waste time and money sending your staff, but all you have to do is send out a quick notification and BOOM!, every journalist with web access now knows about your business, what you sell, and what services you provide, enabling each one of them to spread the word for you.

While this seems simple in theory, like with anything, there are ways to use press releases efficiently, helping you to grow your business by leaps and bounds with just one notification, and then there’s ways to go about them that get no attention at all. How do you create the former type of press release as opposed to the latter?

Erika Taylor Montgomery, CEO and chief publicist of Three Girls Media, says that there are several great opportunities for you to use a press release and these include:

While some small business owners use press releases to promote events or sales promotions, Taylor Montgomery warns against this, stating that “a Media Advisory is the appropriate type of document to use for those.”

Of course, how you write the release is just as important as the information it contains, as you want to create interest while still providing the data the news source is going to want in order to help you get the word out about your business. “Press releases have a very specific format,” says Taylor Montgomery, “so make sure you follow it.”

If you’re writing your own releases and aren’t sure what that format is, Taylor Montgomery shares that “WikiHow has some good free examples.” She says that if you go to their How to Write a Press Release page, you’ll be able to pick up a lot of great tips about how to craft your headline, what to put in the body, how to capture the attention of your target audience, and more.

Additionally, “A well-written press release does no good if you don’t distribute it to the right audience,” says Taylor Montgomery. That’s why she suggests you “use a service like Business Wire to send your release to the widest possible press audience – hundreds or thousands of media outlets depending on how wide the geographic distribution of the release is.”

Taylor Montgomery also suggests that you “avoid distribution sites like PRWeb that only send press releases to other websites, not actual media contacts, unless your goal is simply to get a lot of online backlinks to your website.” Another option is to “consider hiring a PR company to custom-build a media list and email your release directly to journalists,” says Taylor Montgomery. This cuts out the middle man.

Use Press Releases as a Supplement, Not the Complete Package

Blair Nicole, CEO and founder of Media Moguls PR and host of the #KickassPR podcast, has a slightly different take. She says, “I do write press releases regularly for both myself and my clients, however, they’re used only as a source of additional information and not as a complete marketing or PR tool.”

Nicole, who shares that she has personally helped launch over three dozen startups, sits on the Board of Directors for three non-profits and is the Marketing Committee Chair for SCORE Salt Lake (sponsored by the Small Business Administration), goes on to explain that press releases “are a helpful place to point people when you’re talking to a reporter, colleague or potential partner who wants more information on what you’re doing.”

“Aside from that, press releases should never be mass pitched,” says Nicole, “or used as a substitute for a real PR or media relations strategy. The fact of the matter is, press releases are dead, and most people use them wrong.”

Lee O’Brien, operations manager for The Publicity Guy, a company that made six-figures the first month they opened their business online and is on track to make their first million within the year, states that they have used press releases to help give their clients an “SEO boost.” In fact, O’Brien reports that it has been press releases that have “helped us get the client’s name to over 100 million viewers online in a short couple of days!”

But, much in line with what Nicole had to say about press releases being “dead,” O’Brien says that SEO is about the only good use he’s found for these types of notifications. “When used for anything other than that,” says O’Brien, “they have become obsolete.”

Andreas B. Johansson, CEO and founder of Dennis Rodman’s Bad Ass Premium Vodka shares that they have used press releases on several different occasions—“we used it when we first launched the brand, when we celebrated major accomplishments such as entering a new metro market, winning awards, or doing events with Rodman that would be open to the public. Basically, whenever we had something we deemed newsworthy, not just ‘we have a new type of flavor’ that nobody cares about,” says Johansson.

Following this approach results in “really good coverage” according to the company CEO. “It helps drive visitors to our sites, increases the number of social media followers, increases online sales, and also creates awareness by allowing myself and other team members to speak directly to influencers in the media.”

When aiming for newsworthy, Johansson suggests that you don’t do a press release “unless there really is something exciting, something that will interest people beyond just you and your team.” Furthermore, make sure your release is “concise and to the point, and don’t try to communicate two different things at once. Focus on whatever you want to say and then let people find you if they’re interested in finding out more info.”

Another way to ensure you have an effective press release is to think about the type of information you could provide that someone else may need. For instance, Julie Northcutt, content manager for Caregiverlist®, says that they use press releases to announce their updated daily nursing home costs directory in individual states.

“While the information may not seem glamorous,” says Northcutt, “it is needed information by some…and usually in emergency situations as Medicare (for all seniors age 65+) does not cover long-term senior care and nursing homes are often an extension of a hospital stay.” So they use press releases to help provide this information, which has paid off as they’ve been able to license their data, catching the attention of an economist at Harvard University who subsequently contacted them for a research study as they were the only resource with the daily costs of every nursing home nationwide. “We have received much more than just media mentions from the news releases,” says Northcutt.

To help get receivers of the release excited about the sometimes dry information, Northcutt says that they develop an infographic and customize the release for each state’s update. When applying this approach to your own business, Northcutt recommends that you “think about how you can make the story you are telling come to life with infographs or videos added to your press release, and think about all possible audiences the item could impact.”

A trick that Vik Chadha, founder of HiveDesk, a task management and time tracking software for remote workers, has found to make press releases more effective is, “Instead of doing a product based news release, try creating a value based one. Do a survey and publish the results or analyze secondary data and summarize in the news release.”

As an example, Chadha shared how they surveyed dozens of digital marketing agencies for a new blog post. “Since we had a nice infographic in the blog, we used paid release as it allows publishing images with the news.” The result?

“The release drove a lot of visitors and generated backlinks,” says Chadha. “Normally, you only get backlinks from the news sites but because we included the infographic, some bloggers picked it from the news and added a link to our blog.”

Keep Track of Your Results

Because press releases can be somewhat tricky to navigate, it’s also a good idea to keep track of them and their results so you know what works in your particular field and area of expertise and what doesn’t.

For instance, Chris McMillin, founder and CEO of Evolve Strategic Consulting, says that a press release regarding their reputation management services hit Google News and “achieved a first page ranking on Google for Southern Illinois Digital Marketing (where our business is located). As a result, we have added 3 customers in our local market.” That’s valuable information to know, making it worth considering doing a similar release in the future.

Gene Caballero, co-founder of GreenPal, uses press releases when they launch in new markets, something that he says “has a direct correlation to our success in that market.” How does he know this? “We normally see over 250 signups per market after a successful launch in the local newspapers,” says Caballero. Again, this makes this type of release one that is worth repeating.

And finally, because Isaac Cohen, chairman of JNCO, knows the impact of their press releases, he knows that they directly boost sales. “Following the announcement of our heritage line, for example, we grew traffic by 257% and sales by 233%,” says Cohen. “Our press release was picked up by leading national outlets such as the Today Show, Marie Clarie, Complex, and AskMen.”

Follow these tips and you too can have effective press releases, ones which help you grow your business so it becomes bigger and stronger. And then you can write a press release about that.

I’m always interested in learning other small business owners’ thoughts on relevant topics and issues, so if you have a unique article idea, feel free to contact me at [email protected] (put “Businessing Magazine” in the subject line, please). If I use it, it’s a free link to your website!

Equipping
How to Write a Business Leader Resume in 2020

Strategizing
Seven Reasons Why You Might Want to Head Back to the Office When COVID-19 Is Fin...

Equipping
Why Transcription Services Can Help Grow Your Enterprise