In June of 2013, iOS 7 was announced to the masses of iPhone fan-boys at the annual Apple World Wide Developers Conference. Software geeks worldwide were enamored with what Apple would bill as the “biggest change to iOS since the introduction of the iPhone”.  By September of the same year, iOS 7 had been installed on over 200 million iPhones. Why the hype? Well, smart phones for most people are more than just a simple communication device, they are arguably the most important device a person owns or will ever own. And the stuff on those devices – the software, the apps – those are the real tools, the real magic that makes us say, “How did we ever live without smart phones?”

For developers, designers, photographers, and videographers, the desktop software we use daily is arguably the most important tool in our businesses. As a web developer, Macromedia products were to me, as an airplane is to a pilot. I used these products every single day and eagerly awaited each new upgrade and the new features. When Adobe purchased Macromedia in 2005, I was worried what changes might be in store for my most valuable tools. As it turns out, the changes were all helpful improvements, I had no complaints. Adobe had already given the world industry-giants like Photoshop, Illustrator and After Effects and purchasing Macromedia only served to marry the design and development tools further, to the benefit of all of us who used them.

For developers, designers, photographers, and videographers, the desktop software we use daily is arguably the most important tool in our businesses. If you’re thinking of indulging in the design industry with Adobe, enrolling yourself through Platform Training will definitely give you a good start on how to use Adobe in the best way possible.

Late in 2011, Adobe announced the Creative Cloud.  Gone would be the perpetual license out-the-box software model and instead they would offer customers a cloud-based subscription service for all their software products.  This plan did not sit well with many Adobe users, who flocked to message boards to voice their concern. Many didn’t see the benefits of cloud-based software and focused their ire on the subscription model as an example of a corporate giant sucking more customer blood. I too, was skeptical of Adobe’s motives.  I’m sure the Adobe CFO was giddy at the prospect of regular revenue streams and Adobe would be able invest more resources into new product development and upgrade improvements, as opposed to supporting old and outdated versions of it’s products. Basically, if more of us were using the “latest and greatest” versions on the Cloud, they could devote more company resources to making that “latest and greatest”, even greater. The benefits to Adobe were obvious, but what was in it for me? I had really outdated and unstable software that was so old, Adobe didn’t even offer upgrade versions to them. I would have to purchase full-version licenses to upgrade. One look at the $699 price tag on the boxed version of Photoshop and the $399 hit for Dreamweaver and I realized this was a huge expense my business could not afford.

A year ago, I ponied up my $49.99 per month to access the Creative Cloud and it’s been one of the best decisions I’ve made for my business. I’m able to use the latest versions of Dreamweaver, Photoshop, Fireworks and Acrobat Pro and take advantage of all the latest features of each. The core Adobe products available on the Cloud are installed locally on your computer, so an internet connection isn’t required at all times, and an individual license allows users to install and use every product on up to two different computers. I’ve used the Creative Cloud on both a laptop running Windows and a desktop Mac, and every product I’ve used on both computers works seamlessly. Adobe also offers an a-la-carte program for users only interested in using only one software product.

If you are not a Creative Cloud user already, and you are currently using older versions of Adobe software on computers with the latest operating systems, you probably have stability issues from time to time and you are missing out on the newest features designed to help you and your business succeed.  The Cloud is the quickest and most cost-effective way to upgrade your software tools and improve your business. Give the Creative Cloud a shot.

For complete details on the Adobe Creative Cloud, click here. 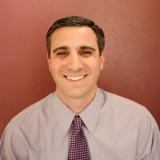 Veteran webmaster with more than a decade of website experience working with organizations large and small.

How Do I Clear Full Scratch Disks on Mac?

Everything You Need to Know About Software Licensing

The Future of Software Development: 2022 and Beyond

How to Improve Your Company`s Financial Management

Why You Should Use Digital Software for Inspection in 2022