How to Ward Off Emotional Vampires 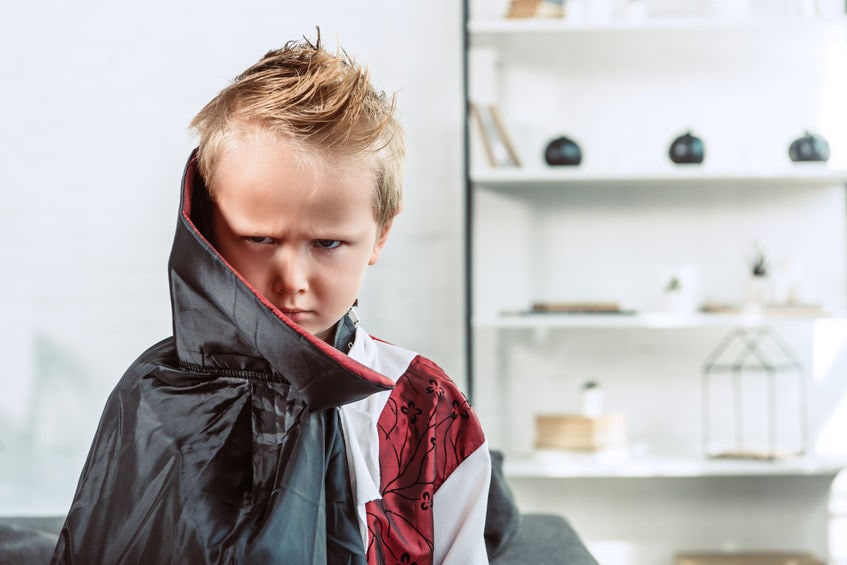 Emotional vampires are lurking everywhere and can wear many different disguises — from to needy relatives to complaining co-workers to intimidating acquaintances. They can be of either gender and they invariably zap your energy and leave you feeling depressed and depleted.

To keep them at bay, you will need to learn specific self-protection strategies. Without a way to defend yourself, you can easily fall prey to an emotional vampire. In no time, you’ll have succumbed to ghastly symptoms that can include overeating, mood swings, stress, or overwhelming fatigue.

Beware of these five common types of emotional vampires prowling around, and use these “silver bullets” to successfully ward them off.

These emotional vampires appoint themselves the judge of others, belittling everyone to bolster their own egos. Signs that you’re falling under their command are feelings of inferiority, shame, and worthlessness. Realize that these critics need to put others down to build themselves up. Their barbed tongues have nothing to do with you, so don’t take what they say personally. Instead, address their hurtful criticisms directly. Don’t get defensive, but express agreement with anything they say that may be useful. Deflect their cruelty with kindness.

For these vampires, everything is about them. They are self-important, ego-centric, and starved for admiration and attention. While they may be charming and intelligent, watch their personality deteriorate once their prominence is in peril. Set realistic expectations with these self-absorbed vampires. Stating your needs won’t have any effect. To get their cooperation, appeal to their self-interest and show them how your request can benefit them.

Vampire #3: The Volatile Jekyll and Hyde

These vampires may treat you like their best friend and soul mate in the morning, and then launch a raging attack against you in the afternoon. They cast an unnerving gloom throughout the group. Dealing with such random behavior is tricky. It’s wise to establish firm boundaries and be solution-oriented when dealing with them. Avoid confrontation and refuse to take sides when they’re raging. It’s helpful to visualize a protective shield around you when you’re being emotionally attacked.

These vampires have an opinion about everything, think they should control you and everyone else and need to be the alpha in any group. Don’t be threatened or intimidated. It’s a trap to get caught up arguing over the small stuff. The control freak will wear you out if you do. Simply assert your needs, and then agree to disagree.

These vampires believe the world is against them and demand that others come to their rescue. They want everyone to listen to their trials and tribulations and to feel sorry for them. Don’t bother trying to give advice, and don’t waste your energy telling them to buck up. Limit your interactions by politely excusing yourself or cutting the conversation short — and don’t get involved in their self-pity.

Be on the lookout for emotional vampires who want to suck you dry. Don’t give your power away to them. Use your self-care strategies to ward them off.

by Judith Orloff // Judith Orloff, MD, is a New York Times bestselling author. Her new book, Thriving as an Empath: 365 Days of Self-Care for Sensitive People, offers an invaluable resource to help empathic people survive in an often insensitive world. She is on the UCLA Psychiatric Clinical Faculty and has a Facebook Empath Support Community with more than 6,000 members. Learn more at drjudithorloff.com.

Equipping
Working Away or Alone? 4 Tips to Keep Yourself Safe

Leading
What Can You Expect in Your Workplace? An Infographic

Leading
Being the Best Boss Possible