When the day comes to open a real brick-and-mortar business' doors, entrepreneurs feel they've accomplished something colossal—and they have! But it's important not to fall into a false sense of security. New businesses face their most challenging period after opening. Common threats capable of bringing a down new business loom everywhere. Be mindful of these four significant … END_OF_DOCUMENT_TOKEN_TO_BE_REPLACED

If you own a business that heavily relies on foot traffic and local word-of-mouth and not seeing the success you had hoped for, you may want to consider relocating. This is especially true for hotels, restaurants and other “stay and pay” types of establishments. A company relocation may also be applicable to you if you’re planning to downsize or have a shift in your strategic … END_OF_DOCUMENT_TOKEN_TO_BE_REPLACED 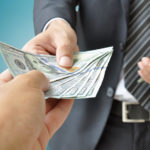 When an economy lags, even established industries are affected. Economists have noted a widespread downturn among conventional industries, leaving scores of businesses in need of capital in order to keep going. Frequently, this happens to established businesses – for example, the oil industry. In April, the New York Times reported that 2016 marks the steepest oil downturn … END_OF_DOCUMENT_TOKEN_TO_BE_REPLACED 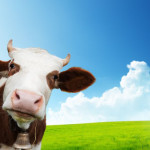 Whether you are a startup or existing business, having sufficient capital is essential to growing a successful business. The lack of capital is also one of the primary reasons why many good ideas never develop into a business or why some companies never take that next leap into scalability. But once you understand where to find it, raising the necessary capital for your … END_OF_DOCUMENT_TOKEN_TO_BE_REPLACED 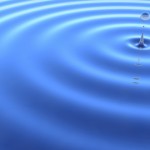 So you’re a small business owner. You have the great idea. You have the well-developed business plan, and you know exactly where you want to go and what you want to do. What’s left to do? Secure financing! Ideas can only get you so far, you need the capital to turn those ideas into reality. There is a myriad of ways to go about financing your small business. Let’s explore your … END_OF_DOCUMENT_TOKEN_TO_BE_REPLACED