U.S. inflation has climbed to a four-decade high, reaching 9.1 percent in mid-July. Families find their budgets decimated, and inflation has become the number one concern among U.S. households.

With inflation raging in, it spreads fear and dread — in part from the view that its causes are mysterious and can’t be controlled. Some fear inflation more than any other economic woe.

While brutal, inflation has been an infrequent visitor in the U.S. and it usually departed quickly. Only four previous episodes of high inflation have occurred since 1900 — two of which came from the supply depletion and decimation on the battlefields of our two world wars. Put simply, when wheat fields were destroyed in those battles, the price of wheat went up until those fields were restored.

Our most recent episode with inflation came in the 1970s when OPEC throttled oil production in retaliation for the U.S. position on the Yom Kippur War and production was choked by the Iranian Revolution. This drove the price of oil from $4 to $39 a barrel, a ten-fold increase, which pushed inflation to 13.5 percent. Its defeat came not from high interest rates, as many believe, but from domestic oil price deregulation. This spurred a massive boost in production that brought the price down to $11 by 1986, and sent inflation tumbling down to 2 percent.

Although supply constraint and depletion brought these bouts of inflation, there’s an almost universal conviction that government spending and the massive “printing” of money is the culprit, and that the only solution is to raise interest rates.

Here are three significant points that contradict this conventional wisdom and address the real causes of inflation.

Today’s Inflation Is a Result of the Covid Pandemic and the Ukraine War.

Once again, we’re experiencing inflation caused by supply depletion and restriction. The pandemic kept workers away from their jobs and decimated supplies. Progress against the pandemic was restoring production and distribution and increasing supplies, and inflation was destined to abate — probably quickly — once those causes receded or we came to grips with them.

But when Russia launched a new invasion of Ukraine in February 2022, it upended progress from the pandemic. Because Russia is a key supplier of the world’s oil and wheat, and Ukraine is among the world’s leading suppliers of wheat, the prices of those two commodities leapt. The war-related price increase pushed inflation higher.

Inflation Is Not a Monetary Phenomenon.

Contrary to popular belief, inflation is not a function of the Fed “printing” copious amounts of money. Our best evidence comes from history. From 1994 to 1999, and again from 2011 to 2018, the Bank of Japan — Japan’s equivalent to the Fed — doubled and tripled its balance sheet, flooding the country with money. Yet inflation remained at zero. Japan is just now showing slight inflation, but its cause is the same supply depletion affecting the entire world.

Further proof comes from the U.S., where Federal actions from 2009 to 2013 to counter the Great Financial Crisis flooded the market with money, and yet inflation never climbed above 2 percent.

Inflation Is Most Often Resolved by Addressing the Underlying Causes Without Resorting to High Interest Rates.

Although raising interest rates will help tame inflation, they’ll do so only by suppressing demand and bringing harm to the economy. They won’t, however, repair supply chains or end the Ukraine War.

As with all our other bouts of high inflation, we’ll defeat it by addressing the real causes, which are the restoration of COVID-impaired supplies and distribution, and a resolution to the Ukraine War. However, pandemic production and supply disruption will take longer to untangle now given the global complications brought by this war.

Unfortunately, the war in Ukraine may last years rather than months. And if it escalates — if a Russian tanker delivering oil to Asia should be destroyed — it could get much worse. At any rate, our current inflation will most likely persist for some time.

The U.S. must now cope with this inflation, and it must do so while trying to fend off an economic slowdown that could become a recession. Fasten your seatbelts! 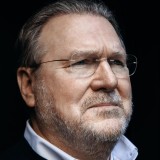 Richard Vague was managing partner of Gabriel Investments. Previously, he was co-founder, chairman and CEO of Energy Plus, an electricity and natural gas company. Vague was also co-founder and CEO of two banks and founder of the economic data service Tychos. He currently chairs The Governor’s Woods Foundation, a nonprofit philanthropic organization. His new book is The Case for a Debt Jubilee (Polity Press, Nov. 22, 2021). Learn more at richardvague.com.

Entrepreneurship in America: How COVID-19 Changed the American Dream

Omicron Tide – How Can Small Businesses Stand Firm in the Face of It?

How Covid Has Changed the Way We Work

A Personal Opinion Regarding Events and Pandemics

Why My Plastic Surgery Practice Skyrocketed During COVID

Stepping Out of COVID-19 Fear with Mindfulness

Which Industries Have Benefited from the COVID-19 Outbreak?

5 Important Types of Insurance for Businesses during the Pandemic