Opportunities in the gaming and esports sector abound. Newzoo forecasts that annual global gaming revenue will reach over $200 billion by 2023, an almost 8% annual growth from $138 billion in 2018. That is more than the combined annual worldwide box office earnings, music streaming and album sales, and revenue of the top five wealthiest sports leagues. This gap widened throughout the pandemic, as traditional media and sports properties struggled to recover, while gaming continued to grow.

What are the trends in this industry, how do they deliver benefits, and how do you translate the science into products or services?

Increasingly, with supercomputers in our pockets, all esports and all games are available to watch, consume, analyze, and play on apps or browsers, on smartphones, and on any internet-connected device. There is a huge increased investment in gaming smartphone hardware and peripherals to improve the experience for mobile esports gamers. Manufacturers Asus, Huawei, and Xiaomi have already created dedicated gaming smartphones with enhanced features, including ultrafast display, high-speed processors, and console-inspired designs.

Streaming, 5G and the Cloud

The build out of cloud-based data centers worldwide, and of the associated architectures that move the processing of video and complex code to the cloud, transforms the economics of delivering games and esports, making it ultimately available everywhere at very low cost. It also means games developers, games and esports software, and content creators have access to cloud-based development environments and tools, enabling them to scale and globally deploy innovations rapidly with minimal capital expenditure. 5G technology will reduce latency for players and result in a better overall user experience. 5G also provides new tools for game development through edge and cloud computing.

Cloud-delivered games and digitally streamed esports generate vast stores of real-time and post-match data on players, games, and the audience. Increasingly, this is beginning to be mined and analyzed through machine learning for team and athlete coaching and improvement, advertising and ecommerce personalization, social network connections, news and updates, betting and predictions, and product and game improvement. For example, in-game purchase data, or in-game options selected by users, or any data generated by users in-game, can be utilized to understand specific user behavior and hence promote targeted advertisements. This leads to the development of a much more successful and profitable monetization strategy for video game developers.

Wearables and the Internet of Things

Games and esports are starting to be transformed by wearables. New game wearables (e.g., VR glasses, game controller wearable rings, gamer smartphone peripherals, and esports wearables such as fitness and health trackers, esports-specific sensors, and AR glasses) are mostly still early stage and not yet at mass-market maturity or cost. These technologies will become mass-market products during the 2020s. They have the effect of bringing games off the chair into the real world and of bringing real-world analog sports more and more into digital and simulated online environments.

Augmented reality, virtual reality, and mixed reality are emerging technologies in which many of the most compelling use cases will be in games and esports. In VR, your entire body becomes the game controller and you move through an infinite imaginary world, bringing fitness and

games together. Beatsaber and FitXR are full body multiplayer rhythm games that already have large player bases. Meanwhile, Pokemon Go is an early AR game that already has over 200 million users. AR and VR technologies are not yet mass market, but 2022 will see the launch of new VR headsets from Apple, Sony, Facebook, and others.

Since the early 2000s, starting in Korea’s online gaming ecosystem, gamers have been prepared to pay real money for purely digital in-game items such as cosmetic items or power-ups. Currently, the market for digital “skins” in games is $50 billion annually and growing. Parallel to this, since 2015, the crypto world has developed “non-fungible tokens,” which are unique or limited-edition digital artworks and collectibles that can be bought and traded on the blockchain. NFTs and Game items are beginning to converge with many startups developing multiplayer game worlds with digital real estate and blockchain tradable commodities, fashion, and art.

Historically, sponsors endemic to the gaming industry like Nvidia and Intel have also been major proponents of esports. But as its popularity has grown, other sponsors and advertisers are joining the arena, investing in both teams and events. These new players include Red Bull, Vodafone, and numerous professional athletic clubs. Allan Phang, former Head of Esports, AirAsia, talks about how he brought esports into the organization. He is often invited to share how he brought Esports awareness to 23,000 AirAsia employees and how they eventually ended up sponsoring major tournaments and teams. States Allan, “Any brand or company that’s not involved in esports as a part of its marketing initiative is really behind the curve.” 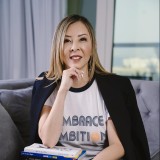 Lucy Chow is a future-focused thought leader and author of Changing the Game: Discover how Esports and Gaming are Redefining Business, Careers, Education and The Future, which is available on all distribution platforms. You can follow her on Instagram here. Learn more at www.lucychowauthor.com.

The Most Popular Mobile Games in 2021

Responsible Gambling Explained – The Rules to Abide By

Online Casino Industry: Forecast for 2021 and Beyond

SEO Strategies for Gaming Sites: Why Is It Different?

Five Industries to Keep an Eye On in 2021