What does it mean to be a conscious leader? Conscious leaders know that greater awareness is crucial to achieving success, but awareness is something that must be cultivated continually. Awareness operates on a few important levels.

Social awareness: An ability to accurately ascertain what other people or stakeholder groups are thinking, feeling, and experiencing, as well as understanding what they value and what they need from you.

System awareness: Awareness of the dynamic interconnections between people, teams, divisions or entities, and how the actions (or inactions) of one party directly and indirectly affect other parties and the system itself.

When people become more aware, they make more informed decisions and have an impact that’s more aligned with their intentions. This allows them to be more responsible for their impact, resulting in better accountability — the essence of what we call conscious accountability.

Brian is the managing partner of a services firm that he bought from his mentor and business partner. After a year or so at the helm, he sought coaching to support him in the new role, which he was finding more stressful than he expected.

In his 360 review, Brian received feedback that he was emotionally reactive to situations at the office — disappointments, miscommunications, or when people behaved in ways he found annoying. This made his colleagues feel like they were “walking on eggshells” with him and they were less likely to approach him to ask questions or share information that he might not want to hear.

Brian acknowledged this pattern and noted it was present in his personal life as well. With his coach, he did some work on understanding the situations that triggered him and paying more attention to his mood and how different emotions felt in his body.

One day Brian received a phone call from a vendor who stated he wouldn’t pay a bill that was past due to the firm. As he listened to the man complain about the bill and how “unfair” it was, Brian felt a strong sense of righteous indignation arise, along with the corresponding rush of adrenaline. In that moment, he experienced a flash of insight that he was standing at a crossroads: he could snap and express his anger in the usual way of shouting, or he could go down a different path. He chose the latter.

During the conversation that followed, Brian inquired more into the vendor’s reasoning and empathized with his personal situation, while holding firm to the assertion that the vendor needed to uphold his contract and pay the bill in full. He also noted that they’d likely continue to recommend the vendor to other jobs, but only if he honored his commitment.

His colleagues who overheard the conversation were stunned at how differently he behaved, and Brian was elated at his ability to manage his feelings while also holding the vendor to account. In the end, the vendor paid his bill, and Brian had more confidence that he could begin to handle challenges in a new way that supported good results for the firm, and better working relationships, too.

As Brian’s situation demonstrates, developing awareness is beneficial to promoting better business and personal outcomes. But it doesn’t happen on its own. Awareness is something that needs to be cultivated continuously.  Here are some ideas for how you can sharpen awareness at all three levels.

Focus on self-awareness: Create regular moments for self-reflection. This could be taking a pause to notice your thoughts and feelings, going for a walk, or writing down what you experience in a journal.

Initiate social awareness: Solicit specific feedback from others, asking for ideas about what’s working and how you could improve in the future. Enlist trusted friends or colleagues as “mirrors” who can give you feedback on your blind spots.

Strive to gain systems awareness: Do a stakeholder map of your organization by writing down or drawing all of the different internal and external stakeholders and how they’re related to one another. Connect with outside advisors or other people who can help you better see the system and its dynamics.

Following these practices can help you become more aware, and therefore better able to make decisions in alignment with who you want to be as a leader and the kind of impact you wish to have on your bottom line, your colleagues, and yourself. 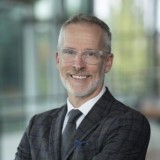 David C. Tate is a licensed clinical psychologist, executive coach, and an assistant clinical professor in psychiatry at the Yale School of Medicine, as well as a lecturer at the Yale School of Management. He is co-founder and CEO at Conscious Growth Partners, a consultancy that helps organizations thrive through better leadership, teamwork, and culture. Marianne Pantalon is a licensed clinical psychologist and executive coach. She is co-founder and Chief Strategy Officer at Conscious Growth Partners, LLC. She also serves as a senior facilitator for the Interpersonal and Group Dynamics Program at Yale University School of Management. Their new book with co-author Daryn David is Conscious Accountability: Deepen Connections, Elevate Results (ATD Press, Aug. 16, 2022). Learn more at consciousgrowthpartners.com.

How to Strengthen Leadership within Your Business