How to Network When You’re Not Exactly an Extrovert 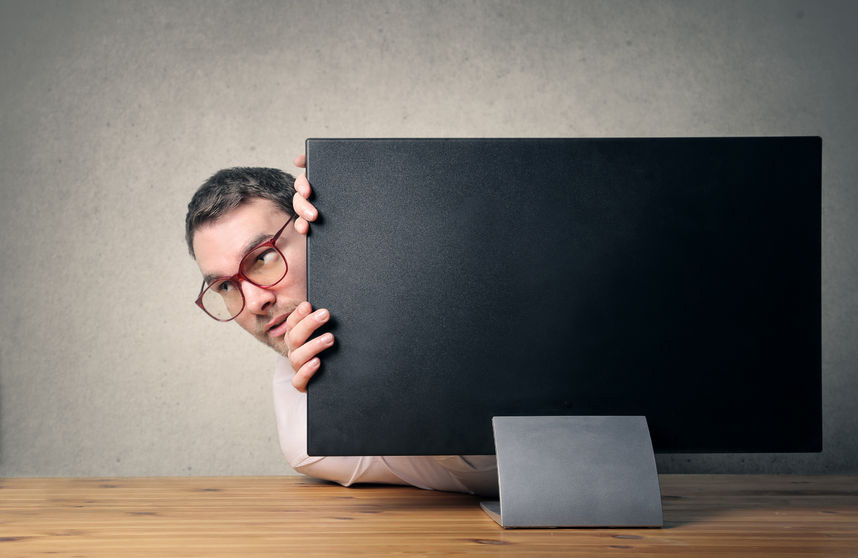 As a full time freelance writer, I spend a majority of my time in my home office alone. In fact, truth be told, I get a little anxious when I get a new client or colleague that wants to meet via phone or Skype. There’s just something about that direct one-on-one contact that puts me a little on edge and makes we want to retreat a little. Sound familiar? Here’s the good news – we’re not the only ones.

The truth is that networking can be scary for a lot of small business owners. Sure, some thrive when it comes to chatting up new people and expanding professional connections, but others (like me) find that it can be kind of stressful. And uncomfortable.

In fact, the title of one piece of research published in Administrative Science Quarterly says it all: The Contaminating Effects of Building Instrumental Ties: How Networking Can Make Us Feel Dirty. In this case, they looked at North American lawyers and their findings suggest that professional networking that makes a person feel “dirty” leads to less networking which also results in lower job performance. It’s a vicious downward spiral.

Even if you’re the person who gets these negative feelings by reaching out to people you don’t know, there is no denying that networking is an important aspect to growing your business. After all, you’re never going to sell your goods and services to the best of your ability, or make potentially life-changing connections, if you aren’t putting yourself out there and making yourself more known to people within your field.

So, what can you do if you’re kind of (or fully) introverted, yet you still want to grow your network? There are a few options to consider.

Starting your networking efforts online is a great way to reach out to other people, but in a less direct way. This could be accomplished by going through LinkedIn and sending connect requests or even by sending an email to someone that you’d like to network with and making your introduction in that way. It takes some of the stress out of the equation because you don’t have to worry about tripping over your words (or your feet) in the stress of the moment. You have time to plan what you say, which might make you feel more at ease.

Wake Forest University’s Katharine Brooks, Ed.D., Executive Director of the Office of Personal and Career Development, suggests that you “Find a way to make the large group smaller.” For example, if you’re at an event that has 100 people, instead of trying to join a group of 20 people who all seem to be engaged with each other, seek out smaller groups of just 2-3 people. This allows you to still meet other people without having to feel overwhelmed by large amounts of people.

Network When No One Else is Around

Usually it is easier to talk to someone whom we’ve been introduced to by a close friend or family member. Therefore, if it feels more comfortable and less daunting to you, ask that person to make the introduction personally when no one else is around. This creates less pressure and feels more like a friendly chat, making it easier to be yourself and come off as more natural and sincere. If you’re at an event, you can also wait until the person you want to connect with is alone so you don’t get “stage fright” in front of others who happen to be there too.

Let Your Curiosity Work For You

If the part of networking that frightens you most is talking about yourself, one way to overcome that is to learn to become good at asking other people questions. They will be so busy talking about themselves that they’ll hardly notice that you’re not really saying a word. Plus, they’ll think the world of you when you show a great deal of interest in them, something Dale Carnegie highlighted when he said, “You can make more friends in two months by becoming interested in other people than you can in two years by trying to get other people interested in you.” In this case, you’re not really going for friends, but the same principle applies with making more business acquaintances too.

Attend Networking Events With Someone

Uncomfortable things always seem to feel better when you have someone you know at your side, so you might want to try this tactic if you’re invited to a networking event and really don’t want to go alone. Of course, you need to make sure the person you want to go with would be welcome and a good fit, but if you happen to have access to someone like that, then that is a good way to make networking feel less scary.

I’d like to hear some of the ways you have dealt with networking when you’re not exactly an extrovert, so please share them below. I might want to try them at my next event!

To receive email notifications when articles like this are published, helping you and your small business thrive and grow, don’t forget to subscribe to Businessing Magazine.

Leading
How to Successfully Organize a Company Retreat

Equipping
4 Things You Must Do to Make Your LMS Effective