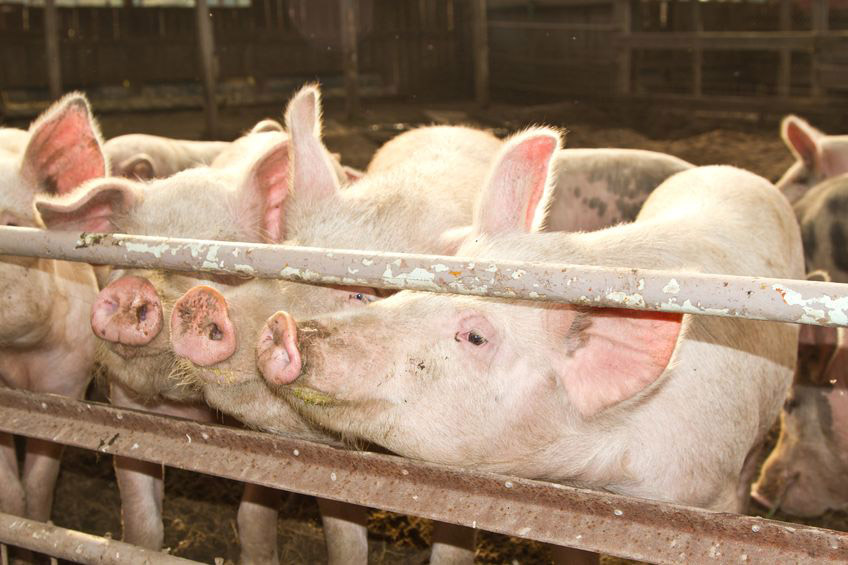 For many years, Heather Sandford was a vegetarian. She studied engineering at Cornell University. She performed in a punk rock band, worked in the music industry, and rode the dot-com bubble. She was a financial success in the real estate industry.

Then Heather became a pig farmer.

“I think life just brings you in strange directions,” says Heather, 40, who along with her husband, Brad Marshall, a geneticist and cancer researcher, are the owners of The Piggery, a farm-to-table butcher shop and wholesale butcher in upstate New York.

“We tell this story when people ask how The Piggery happened,” Heather says. “Honestly, no one is more surprised than we were.”

It began in 2004 with Heather and Brad deciding to relocate from San Francisco back to upstate New York, where Heather grew up, and to take up homesteading. Heather and Brad were raising food for themselves and their friends, keeping a couple chickens, a couple ducks, a few pigs, and tending to a garden.

Although the couple had no family history in farming, they were drawn to the lifestyle, and both of them quickly fell in love with the pigs they were keeping. Brad, who enjoys a huge passion for food, was a culinary school graduate who loved to cook and cut meat as a hobby.

Heather and Brad began raising pigs to sell their meat as a side business to their homesteading, and as a response to the dearth of quality, fresh local meat that was otherwise available. The couple farms about 100 acres in Trumansburg, NY.

Heather recalls, “We had this idea – because we didn’t have any background in it and we didn’t know any better – that wouldn’t it be cool if we brought fresh meat that we cut on our farm to the farmer’s market every week?”

And so they did.

Lines Snaking Out the Door

Meat from The Piggery is not your typical, factory confinement raised, genetically modified pork from pigs who are selected for traits that allow them to be brought to market in four to five months.

To the contrary, The Piggery endeavors to use older heritage breed hogs that are pasture raised, without GMO feeds, chemicals or hormones.  Heather and Brad harvest their animals when the pigs are nine or ten months old, after the pigs have had the opportunity to live better lives foraging for food, and in the process creating far better muscle structure and fat than factory confined pigs.

The result: pork products from The Piggery surpass rival meats in terms of quality and taste.  So much so, in fact, that it’s not uncommon for Heather and Brad’s retail butcher shop and local foods grocery store in Ithaca to see lines of eager customers snaking out the shop’s front door.

The success of The Piggery, and its wholesale division, which was launched in 2014 and is growing at a 25% annual clip, is demand driven – a trait that would be the envy of most small businesses, regardless of their industry.  “We wouldn’t have kept doing what we were doing if people didn’t keep showing up to our [farmer’s market] stand and asking us to do more,” Heather confesses.

That is not to rob either Heather or Brad of credit for being savvy business managers. They are.

Running a vertically integrated business such as The Piggery – raising the hogs, winning USDA and other regulatory approval to sell and ship the meat, and running a retail and wholesale operation – is complicated enough that it is typically left to giant agribusinesses to fill those roles.

From the time Heather and Brad formally began The Piggery’s operation in 2007, through the early part of 2016, the couple survived on little-to-no income whatsoever from their efforts. Such patience, alone, makes them exceptional entrepreneurs.

Early this year, The Piggery finally began generating the kind of profits that promise to help sustain the business and its owners for the long run. Heather told Forbes magazine that she anticipates sales this year could rise as high as $2.75 million, up from $2 million in 2015.

“You’ve Got a Great Story”

The Piggery has only begun testing the waters of online sales recently; using a site that Heather built herself on Shopify.com over the course of two weekends. Her business philosophy, she explains, is to take baby steps when venturing into a new business area, seeking proof of concept prior to jumping in whole hog.

Monday Morning Radio host and reputation coach Dean Rotbart, who interviewed Heather for his weekly podcast, believes the online market for The Piggery may very well dwarf the business’s other selling channels.

“You’ve got a great story,” Dean explained, noting the appeal of high-quality, tasty, non-GMO, humanely raised pork products.  “You may have a larger market in California and San Francisco… than anything you’re doing right now,” he advised.

Takeaways for Other Entrepreneurs:

The full Monday Morning Radio interview with Heather is available to stream or download for free at:

Strategizing
5 Business Fails That Will Lose You Customers