7 Ways to Make Meetings More Effective Over the Summer 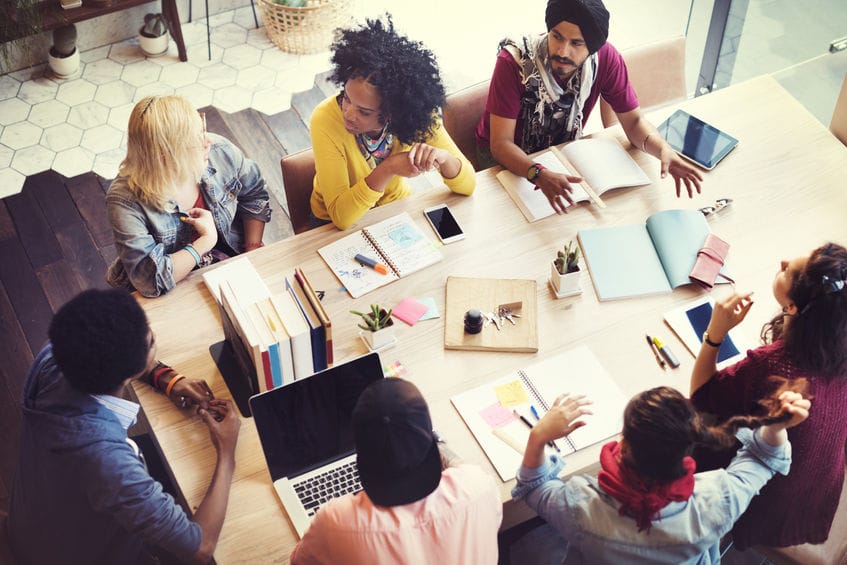 Other issues with meetings over the summer include lack of energy among participants, being away from your team and missing out on key issues, and also the need to sustain efficiency so that your time is best spent recharging and thinking of new ideas.

Does everyone have meetings on their mind this summer? No. But, it does affect us all whether we like it or not. Here are seven ways to make meetings work better for you, especially during slower months.

Without question, every meeting must have a clear agenda distributed to attendees in advance. This is especially important in the summer when minds start to wander to visions of beaches and pools. If you skip creating an agenda, then your meetings can quickly go off track, get hijacked by a random topic, or include people who shouldn’t be attending. I’ve found that without an agenda guiding the discussion, it’s also common for attendees to ramble or engage in simultaneous side-conversations—all outcomes detrimental to taking your company to the next level.

In general, meetings and obligations tend to fill the space you give them. Estimate how long you think a meeting, or task, will take, and then cut it in half. By limiting the time, you increase your productivity, maximize efficiency, and implement a more highly profitable system of time management.

Often, the quarterly retreat is a full-day or half-day event that’s held in the city you do business in, but outside of your office walls. Typically, I will book a suite from 8:00 a.m. to 5:00 p.m. at a local hotel. But you can book a house or a business club if you prefer. The idea is to hold the event in a single day and to go off-site to shake up the thinking of your team. When you remove your people from their daily routines, it gives them space to think clearly and strategically about the future and what they, the team, and the company will focus on.

Maybe your company is practicing summer hours. Maybe you are starved for time. The daily huddle is your answer. It’s a short, approximately seven-minute, all-company meeting designed to raise the energy level of the group and to ensure everyone is on the same page. The first couple of minutes you will spend sharing good news, before diving into the numbers, followed by the daily forecast, then the developmental update, then airtime to discuss any missing systems and frustrations, before finally wrapping it up with the cheer.

There’s no sitting down during these meetings; in the daily huddle and adrenaline meetings, everyone stands up because it forces people to move and think a little faster, without the luxury of getting too comfortable. The best time of day to run these meetings is around 11:00 a.m. or 2:00 p.m., because this is when energy levels start to ebb. Part of your goal in the Daily Huddle is to boost those energy levels. You may choose to run the Daily Huddle from 10:55 a.m. to 11:02 a.m. and again from 1:55 p.m. to 2:02 p.m.

If you are away and feel the need to participate in a meeting, you can do so virtually. Before you do this, there are some things to consider. Many people ask what they can do to make virtual meetings run smoothly. I’ve found that just being conscious of the obvious shortcomings of the technology goes a long way. If you’re on an UberConference call without video chat, remember the person on the other end can’t see you, so they don’t know when you want to chime in. The best thing you can do is to leave pauses in your speech to allow someone to jump in, whether that’s to ask a question, add a point, or just explain that something was inaudible.

People, some more than others, often rely a lot on nonverbal communication. Think about the way we acknowledge what someone is saying with a nod or a hand gesture. If someone on the other end of the line who has spoken for five solid minutes hears only silence on your end, at some point they might ask if you’re still there. Making the occasional small noise goes a long way for the person on the other end to know you’re still alive and listening to them.

Every meeting must include four key roles: someone who moderates, a person who takes notes, someone who keeps track of time, and those who come prepared and ready to contribute. Each of these four roles is crucial to running successful meetings, and taking the time to assign each of the roles at the beginning of each meeting will make your meetings more efficient and effective. Knowing your role and the roles of others during meetings can help you save time at the office, so that you can expand time at the beach.

20% of Americans are chronically late. Not only does this waste time and money, it’s also a way of saying “screw you” without actually saying it. But whatever the excuse, people show up late for one reason: they haven’t stopped working soon enough. The best way to be early (read: on time) is to ensure your previous engagement doesn’t run late. You can accomplish this by adopting a mindset where you stop whatever you’re doing five minutes early. This gives you time to go to the bathroom, grab a cup of coffee, say hi to your assistant, check emails, or grab a seat before the gun fires.

I also recommend carrying forward this concept of ending what you’re working on five minutes early when you’re in charge of a meeting. It’s a bit unusual, but ending the meeting five minutes early gives you and your team time to transition to the next meeting or activity.

The day has come to elevate your meetings and your role in them, and to use meetings as a tool to take your company and your career to the next level.

We have work to do—let’s get started.

by Cameron Herold // An international speaker and author of Meetings Suck and the best-selling book Double Double: How to Double Your Revenue and Profit in 3 Years or Less, which is currently in its seventh printing. He is the mastermind behind hundreds of companies' exponential growth and has built a dynamic consultancy, including his time as COO of 1-800-GOT-JUNK? His current clients include a 'Big 4' wireless carrier and a monarchy. He is the founder of COO Alliance, which helps COO’s become better leaders.

Leading
How to Lead More Productive and Engaging Meetings

Leading
How Often Should You Be Holding Staff Meetings?

Strategizing
How to Impress During Lunch with Potential Business Partners