Texting Can Be For Serious Business! 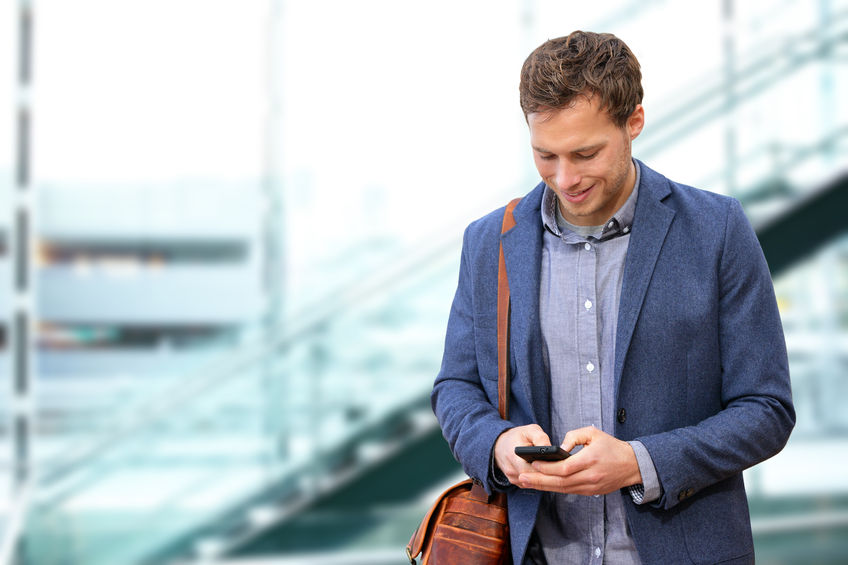 That is an actual text that I received from a client after letting him know that a file was ready for him to take a look at. I love the fact that this client texted me at all, and I even love the casual nature of it. To me, it shows that when we had spoken on the phone earlier that day, we connected well enough for him to feel comfortable being “himself” in our communication.

I know not everyone feels this way. In fact, I’m working with Modmacro CEO Matthew Smith on a book called Simple Business Advice (coming to major online retailers on June 1, 2017!) where he argues against texting in a chapter called “Texting Isn’t For Serious Business.” He makes some great points in that chapter, and I’m not about to argue that everyone should immediately start texting and using emoji with their clients and colleagues.

However, I don’t think it’s a black-and-white issue. I think texting can have a place in business interactions, if used smartly, and that it can actually strengthen connections between co-workers, and even between businesses and clients in certain cases.

Just kidding. The millennials are already here. Depending on which study you consult, my 1981 birthdate even places me in that group, and people don’t exactly have the nicest things to say about us.

For example, looking at Google’s autocomplete for common searches, here’s what comes up when I started a search with “millennials are”

One complaint I hear often is about the way people in younger generations communicate with one another. It’s too casual. It’s flippant. It’s unprofessional. In some ways, that’s true—gone are the days when you had to pick up a pen to write a message or pick up a phone to converse. In place of those things, we have email, instant messenger applications, and texting, all of which are quicker, more disposable, and lend themselves to the use of things like slang and shorthand. It almost seems like texting requires knowledge of a new language.

The important thing to keep in mind is that these methods of communication have been around since most millennials were children and first learning to write and speak. It’s natural to them. It’s what they know. Many surveys and studies have been conducted about millennials and communication, both in their personal lives and in the workplace (here’s one, and another, and another). Overwhelmingly, they prefer texting and instant messages to phone calls and even email, and it’s not because they’re just trying to make everyone else’s lives difficult or because they’re lazy.

According to a 2015 study, 68% of Americans have a smartphone, and I’d bet that number is even higher now in 2017. Because so many of us are walking around with computers in our pockets, a new norm of being “all-on all the time” has been naturally created. Work hours never truly end because we are constantly plugged in.

In many ways, this is an incredible convenience. Personally, I love being able to be productive while on the go. On the other hand, it’s a phenomenon that has made prioritizing absolutely necessary. Tasks and requests come in rapidly, sometimes all at once, and sometimes all day long. Some matters are more urgent than others, and when everything is written, it’s easier to make decisions about who needs the quickest response.

Again, younger generations are used to this. They (even I, to some extent) grew up as this norm was being set. They can receive five emails within the span of a minute and know which ones need immediate attention, and which ones can be put on hold until later when they have more information or the time to devote to a proper response. To someone in this mindset, unexpected phone calls feel intrusive, especially if the matter is not urgent. They interrupt workflow and inherently require an immediate, on-the-spot response.

On a superficial level, texting and email are not much different. They both involve typing instead of speaking, and in many cases, people read and respond to both on their smartphones.

Still, they are viewed very differently, and I understand that. Texting is more casual, and is designed to “feel” more like a conversation, even though hours or even days may go by before someone responds. Plus, there’s the matter of text-speak. This can be really off-putting to people who are used to writing with proper grammar and punctuation (the professional writer in me cringes at a lot of it), but it was born out of convenience back when phones didn’t have full keyboards. If you were to ask a teenager today about text-speak, they would probably tell you that most of that isn’t “cool” anymore either. They’ve moved on and adapted as phones have become more advanced.

When it comes to using texting in the workplace, I think there are two main questions to ask:

Personally, I think the answer to the first question is yes. I think texting can take the place of email in many situations. If you need a quick answer to a question or if you are looking for a back-and-forth interaction, texting accomplishes the same goal as emailing, but without clogging up your inbox.

The second question very much depends on the workplace, and this is where everyone needs to work together and hear each other out. Younger workers, you need to be sure to not assume that texting about business matters is okay (whether it’s for professional concerns, privacy concerns, or any other reason). Just because you are used to using text messages for personal conversations does not mean that it automatically translates into the office. You may have to expand your skillset and get better at phone and face-to-face conversations.

Likewise, workers from older generations, you might benefit from doing a little research on texting and trying it out. There is a learning curve for sure, but using it for certain things might foster better connections and bridge the generation gap at work, and you may even find that it makes certain kinds of interactions more efficient.

Equipping
How to Write a Business Leader Resume in 2020

Strategizing
Seven Reasons Why You Might Want to Head Back to the Office When COVID-19 Is Fin...

Equipping
Why Transcription Services Can Help Grow Your Enterprise