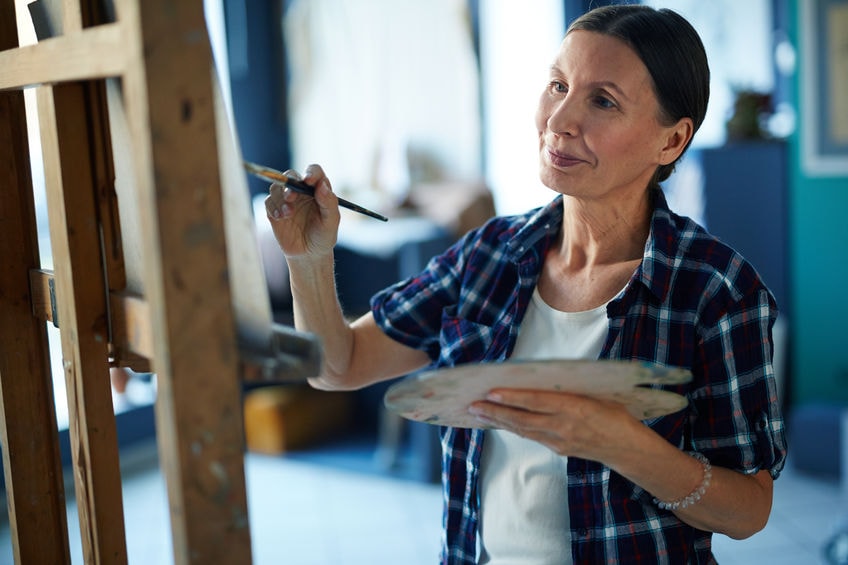 We live in an age of unprecendented opportunity. Everywhere we look, technology is making everything easier. From the books we read to the groceries we buy, our lives are becoming more and more automated. Which introduces a whole new opportunity: Never before has the need for creativity been greater.

When I was writing my book Real Artists Don’t Starve, I noticed that the strategies that helped history’s most successful artists thrive were relevant to many entrepreneurs, as well. Being a starving artist is not relegated to just the arts anymore. We all have important creative work to share with the world and therefore a decision to make regarding how we will treat that work. Will we work to help it thrive or assume that we must starve for our greatest passions?

Here are three lessons we can learn from artists on how to have a thriving business.

When she started dancing in New York, the dancer Twyla Tharp dedicated herself to studying every great dancer who was working at the time. She patterned herself after these professionals, learning what she could from them, copying their every move.

“I would literally stand behind them in class,” she said, “in copying mode, and fall right into their footsteps. Their technique, style, and timing imprinted themselves on my muscles.”

Tharp understood that honing her dance skills would begin not with an original technique but by copying what others were doing. She imitated the greats and after years of study created a style that was all her own—at least, that’s what people thought.

“That’s the power of muscle memory,” she wrote. “It gives you a path toward genuine creation through simple re­creation.” The way you establish your authority in a certain field is by mastering the techniques of those who are already authorities. And what eventually emerges over time is your own style.

We all want to be original, but rarely is this the way great art is made, nor is it the way great businesses are built. Lewis Schiff illustrates this in his book Business Brilliant where he contrasts the beliefs of the middle class with those of self-made millionaires and billionaires. What he finds is that the middle class largely believes it takes an original idea to become wealthy, whereas the wealthy know that you just need to take someone else’s idea and make it better.

As the saying goes, “Good artists copy. Great artists steal.” The same, it seems, could be said for entrepreneurs.

In the summer of 1525, when the artist Michelangelo was fifty years old, he was working on the Medici Chapel and Laurentian Library. More than a hundred stoneworkers worked for him as he served as chief architect of the Basilica di San Lorenzo. He managed a messy work site, a large labor force, and a complex business operation.

For the last forty years of his life, the artist oversaw hundreds of employees who helped him. He kept track of every detail, every scrap of paper, and recorded it all—even the purchasing of raw materials.

He was an artist in the same way Steve Jobs or Jim Henson were artists. They didn’t physically make each of the products for which they were ultimately given credit, but they are no less responsible for those creations. These skills of leading, managing, and collabo­rating with peers can be just as important in a creative career as the inspiration side of things, and no less creative.

The image of the solitary artist slaving away at his creation is a myth. Successful creatives and business owners alike must build their dreams by collaborating with and leading others. As I like to say, every story of success is a story of community.

In 1985 Michael Jackson paid $47.5 million for a music catalog that included 250 songs by the Beatles. At the time, people in the industry thought the deal was crazy.

It was such a large sum of money, and the artist was quickly becoming one of the most popular musicians in the world, racking up hit after hit. Why distract himself with investing in another artist’s music? It didn’t make sense.

But Jackson knew the Beatles catalog was invaluable. What’s more, he believed it to be an important piece of history, a cul­tural artifact worth preserving. It also ended up being a sensible investment. Since Jackson’s purchase of the Beatles’ catalog, the value of those songs has increased more than 1,000 percent, making it worth more than $0.5 billion.

When you’re building up your own body of work, be careful to not go all in one single idea or investment. Be open to new opportunities, new products, new services. Don’t be a jack of all trades, but do become a master of some.

You would never invest your retirement in a single stock, so why invest your life’s work into one single effort. Spread yourself out a little, but not too thin, and find a few things that you can do well, so that when one income stream dries up, you have others to sustain you. The world’s wealthiest people have done this exceptionally well, and you can do the same.

We all have important creative work to share with the world, and in that respect we are all artists. Or at least, we can be. The choice as to whether or not you starve is up to you.

by Jeff Goins // Jeff Goins is a writer who lives just outside of Nashville with his family. You can find him online at goinswriter.com and learn more about Real Artists Don't Starve at dontstarve.com.

Marketing
The Difference between Cold, Warm, and Qualified Leads

Strategizing
Tips for Starting Your Own Car Dealership

Strategizing
Things to Consider When Doing Business in France

Strategizing
Importance of Supply Chain Management for the Success of Businesses

Entrepreneuring
The Four Essentials for Every Entrepreneur Building a Start-up

Entrepreneuring
How to Become a Better Entrepreneur in This Digital Age

Entrepreneuring
3 Responsibilities You Can Delegate When Starting Your Own Business