Using a Writer’s Tricks to Spur Creativity in Your Business 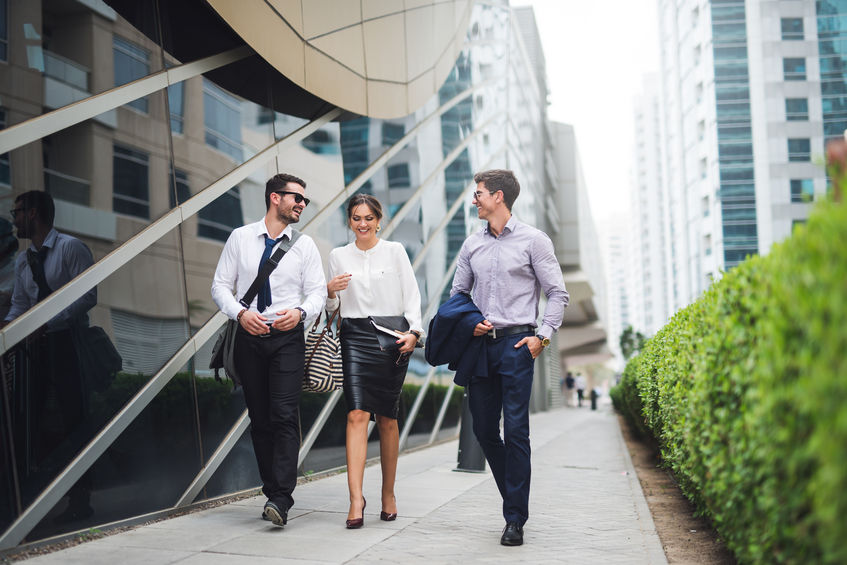 One of the biggest problems a lot of writers have is inspiration. Either there are no ideas, or there are too many ideas and it’s impossible to decide which one is the best, or the idea exists but not its execution. Blank pages can feel daunting. They’re a bit like that new product line you need to create from scratch, or the solution to the scheduling problem that has been baffling everyone for months, or the decisions you need to make about where to branch out.

Just as writers sometimes needs to use some tricks to spur their creativity, here are five ways that may also help you be more creative in your business.

Yes, really! Maybe you think it’s a little silly, but get everyone on your team outside (safely) and take a walk around the premises, or the local mall, or a park, whatever you like. This can and should be short, as in 15 minutes or less. Don’t even put on sneakers (although you should give everyone a heads up in case they want to do so).

When you’re outside, have a conversation about anything other than work. Or stay quiet, if you prefer. Watch the squirrel bury a nut for the winter, or take in the city’s passing parade, or notice the weather.

A change of scenery can help a lot of people to become more creative. It can also help people deal with stress, which makes it tougher to focus and can really squelch creativity. Plus you might see or hear or talk about something which, directly or indirectly, helps.

The Ideas Jar Can Save You

The late science fiction writer Ray Bradbury wrote a book called Zen in the Art of Writing. One of Bradbury’s best ideas for creativity is the writing jar. But you don’t have to call it that. It can be the ideas jar or the great ideas folder, or the like. A physical jar has heft to it, but it’s not necessary, particularly when you have people in several locations.

Add to it when you have ideas. Good, bad, or weird ideas; it doesn’t matter. Just add ideas to it. Keep it out where everyone can see it and add to it. Let everyone submit either with their names or anonymously. Make it clear: this is not really the same as a suggestions box. Rather, it is a parking lot for ideas. Keep paper or sticky notes nearby, with pens. Of course if the “jar” is really just a folder on the server, you don’t have to do that. You want it to be easy, fun, and nothing out of the ordinary to contribute. Encourage people to add an idea a week, no matter how small, outlandish, or expensive.

Subtract from it when you don’t have ideas. Naturally, some ideas will be better than others. But don’t throw the “bad” ones out. Instead, put them back. Or take out more than one idea and see if you can combine them. Don’t forget to put the idea(s) back for reuse, and to recognize the idea man or woman, too.

Open Yourself to the Inspiration All Around You

This is similar to the idea of going outside. Look around you and consider how the world works. George de Mestral, in 1948, noticed burrs getting onto the fur of his hunting dog and on his pant legs while hunting in the Jura Mountains. Those burrs were hard to get out. De Mestral determined that the burrs had small hooks which were grabbing onto the tiny loops of thread on his pant legs. He realized the burrs made great fasteners. From these observations, he concluded that if he made a two-part fastener where one side was hooks and the other was loops, he’d be onto something to rival the zipper. That something is Velcro®.

This tactic requires observational skills. But you don’t have to snoop or eavesdrop. Listen to ambient conversations on the bus. Take the elevator to a new floor in your office building and check out who works there. Ask a friend for their recipe for the best apple pie in the universe and listen to what they really say about it.

You Have One Degree of Separation

Remember the six degrees of separation (or if you prefer, Kevin Bacon)? Everyone in the world, per the theory, can connect through five or fewer intermediaries.

Now apply that to objects and ideas. A shoe, a can of tuna, and a plane ticket – how can they connect? A person can possess all of these things. Maybe they need a way to sort through the clutter of their life to figure out what’s most important, or maybe they’re just looking for their other shoe. A dog’s chew toy, a paper towel, and an old flip phone – maybe you can make a chew toy in the shape of the old phone, and include a paper towel coupon in the package, for all of the inevitable canine messes in life. An idea to use a hot air balloon, a picture frame, and a pair of tweezers – how about adding a chance to win a hot air balloon ride if a customer buys a pair of tweezers, or maybe changing the display image for the picture frame to that of a colorful hot air balloon.

What happens when you take a look into a characteristic shared by only three percent of your customers? What if you go with the unpopular or unconventional choice?

In 2004, video and DVD rentals were still all the rage. Yet Viacom, which owned Blockbuster, sold it. While Viacom did notice its investment was losing money, many at the time thought the move was a mistake. On demand entertainment via cable television and livestreaming have buried video stores for good. Viacom didn’t necessarily have a crystal ball. It’s more that they understood the video store model wasn’t going to last forever. They zigged instead of zagged. While they lost money on the sale, they also removed an albatross from the company’s neck.

Creative thinking can elevate any business. And anyone can do it, with a little practice.

by Janet Gershen-Siegel // Janet Gershen-Siegel, a published author, has an MS in Communications from Quinnipiac University, and a JD from Widener Law School. She has been admitted to practice law for over 30 years, with a focus on litigation. She regularly writes for Credit Suite, which helps businesses build credit for their EIN that’s not linked to their SSN, and get approved for loans and credit lines.

The Successful Solopreneur
What Can Solopreneurs Do to Survive the 2020 Coronavirus Pandemic?

Leading
Customer Service And The Age of The Hero

Entrepreneuring
4 Signs that Your Business Idea Is Viable

Strategizing
Consider These 5 Benefits of Embracing Diversity in Your Business

Entrepreneuring
Switching Gears: From Career Setback to Starting Your Own Business