Day-to-day life isn’t what it used to be since the recent tech boom. Everyday workers are finding income opportunities in the new gig economy. More people worldwide, 24 percent of whom are Americans, have adapted to finding work opportunities on apps or over the internet. This is creating a larger demand for contract work and more industry-specific work skills. However, this can also create tension among departments within a business and their freelancers. Navigating a new gig economy as either a freelancer or a business takes compromise and finding balance.

What Is the Gig Economy?

The term “gig economy” no longer applies to musicians, but to those who earn a living through  contract work via electric platform, most commonly through mobile apps. The gig economy is not limited to one industry, but to all of them, blossoming from major companies like Uber and Airbnb.

When the gig economy first came about, it was getting high praise from the American worker, and became more popular around 2013. Throughout the years leading up to the present gig economy, there has been much criticism from select freelance workers and labor unions —  primarily on the ability of a company to control working conditions without providing its workers benefits such as paid leave, minimum wage, and overtime.

Much of the time of a freelancer is divided amongst a portfolio of clients. Fast Company Magazine says that many freelancers are widening their client-base by utilizing industry standard business tools and specializing in a specific area rather than acting as an all encompassing “solutions provider.” Clients will feel more confident working with an expert on a single subject matter.

This is what small business freelancers have over big business contracts. Handling contracts on a more personal scale can often create better results. And as freelancers typically require little to no management, this allows for their clients to utilize their administrative time on their business. Even large corporations are seeing the benefits of contracting work to freelancers when there are creative ideas involved. However, the trouble that arises for bigger businesses when hiring someone out of office is the unwanted disruption of management and the flow of in house employees. This can also create tension with major partners if a business hires out elsewhere.

Employers are having to face a loss of control over the labor market as many potential employees move forward with the new gig economy. Now that freelancing is growing, more people are looking for more than just a paycheck, but a quality of life. A sense of freedom, accomplishment, and ownership over the kind work they do—something many big business employers cannot offer. This is why many big corporate businesses are having a difficult time competing with the gig economy because they are losing high-quality employees to it.

When it comes to smaller, less regulated businesses, freelance can be a godsend. Freelancers will often find most of their income through start-up companies that have a loosely dynamic agenda. Like many new businesses, there’s the process of getting a small business loan, which is only the start of a long line of debt to come. The specialized tasks that freelancers offer give small businesses a way to work personally with someone while not having to hire them on payroll. This is where both parties gain, because it grows the freelance economy for more businesses and brings much wanted autonomy among the freelancers.

This is only the beginning of the new gig economy and the global rise of workplace standards. The New Yorker says, “the American workplace is both a seat of national identity and a site of chronic upheaval and shame. The industry that drove America’s rise in the nineteenth century was often inhumane. The twentieth-century corrective—a corporate workplace of rules, hierarchies, collective bargaining, triplicate forms—brought its own unfairnesses.” Harmonizing both the freelance economy with business will revolutionize the labor market forever and redefine the nine-to-five lifestyle. 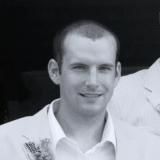 Devin has been a dishwasher, a business owner, and everything in between. He writes from his garage, occasionally rising to experiment on his friends' cars or do jumping jacks for no reason.

5 Tips for Building a Career As a Freelance Writer

7 Things to Consider as an Independent Contractor

Contingent Workforce Management: Everything an Employer Should Know

Should You Become a Freelance Welder? Here’s How to Know

Carving out Your Niche in the Gig Economy

A Guide to Hiring Freelancers

How to Market Yourself as a Freelancer

6 Things Clients Never (Ever) Want to Hear from Freelancers