Are We Witnessing the Death of Manual Material Handling? 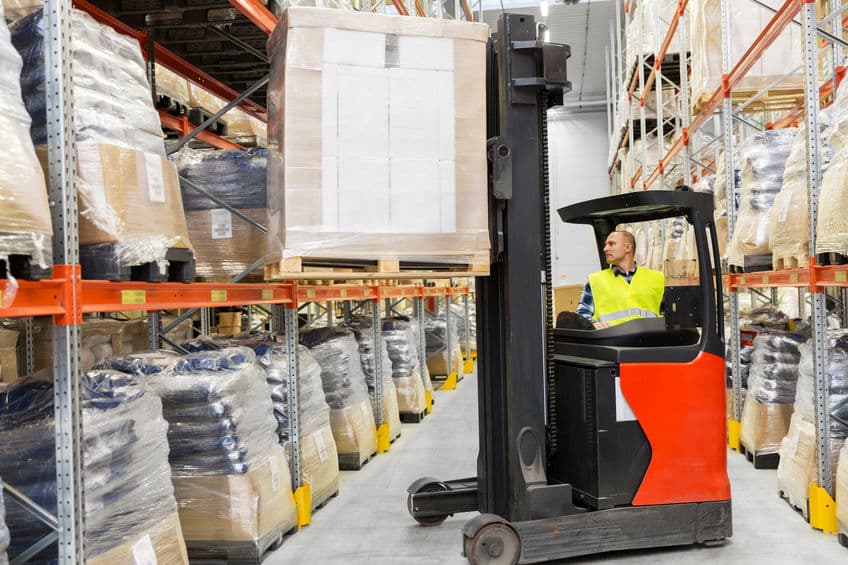 According to the predictive reports of the material handling equipment market, its projected value is expected to rise dramatically in the following years, reaching as high as over $40 billion by 2025. The main reason for that sudden increase in demand for material handling equipment is the rise of manufacturing activities in various industry areas.

Another important factor of modernization is a concern about security within the workplace, as well as cost efficiency and lowered risk of errors. With all these factors taken into consideration, it is natural to expect the market to further develop in the future. The question is, will the new working units make contemporary manual machines obsolete and irrelevant? Can those two coexist or the advance of automated units will spell demise for the good old traditional ways of work? This article will try to answer those questions.

If we needed to define the term of material handling it would include some sort of transportation used to move valuable and important materials. There are several definitions, some of them emphasizing the systematic physical movement, while others involve all aspects of material handling, including distribution management, logistics, and material management. For the sake of convenience, we’ll focus on the former.

In order to answer the titular question, we need to put things in a bit of a perspective. Material handling is as old as humanity itself, and it began when humans needed to move things they couldn’t handle by their own strength. Sometimes it was food, sometimes the building material, and although the tools they used were primitive, our ancestors made some of the most impressive architectural structures in history.

For a long time, material handling included people carrying items without assistance, and eventually advanced into rudimentary forms of transport such as horse and cart. The first revolutionary invention concerning the material handling industry happened in the early 20th century with the invention of truck-tractor, which is considered the prototype of the modern forklift. After World War II, the first hand-truck was produced, and soon after there was the first electric forklift. The 20th century saw a great improvement of quality and safety of the material handling tools, which amped the working conditions and efficiency up in a great measure.

Manual material handling is often associated with dealing with hard manual labor, which makes workers prone to various health issues due to heavy load exposure. Through continuous lifting and carrying activity, workers are in danger of developing various cumulative deterioration of the musculoskeletal system, which can further lead to disorders and seriously impair their functionality.

The most common disorders caused by manual handling are work-related injuries and lower back pain due to the continuous strain. As a matter of fact, several studies have found manual material handling is in the direct correlation to the increased risks of lumbar disc disease.

After a brief history lesson, it’s time to review the current state of material handling tools. The equipment used for material handling can be roughly divided into four main categories, each of them containing a multitude of useful tools and devices.
First, we have industrial trucks. Don’t let the name fool you, not all of these trucks are engine powered or vehicles at all. As a matter of fact, some of them are rather simple tools, others are manually operated powered machines or automated units. Movement of the materials can be done vertically too, using a wide variety of winches and lifting equipment that companies such as Sitecraft offer to workers.
The next category is storage and handling equipment, which purpose is quite obvious from their name. The third category is engineered systems, which are mostly automated machines, which transport large materials or considerable amounts of materials over the production area.  Finally, the fourth category is bulk material handling equipment, which helps with the control and transport of large materials in bulk or loose state.

Check out Champion Power Equipment for your next affordable winch.

The Perspective of Manual Material Handling

With all the automation taking place in the industry, do human workers have the reason to be afraid of being rendered obsolete? Indeed, machines made our jobs way easier, but sooner or later someone will mention the scenario in which the robotic workers will slowly replace their human colleagues in order to make completely automated production lines.

Fortunately, there are several reasons why manual material handling is here to stay for a long time, aside from typical human obstinacy and resistance to change.

First of all, manual work is more valuable today, not in terms of money, but the amount of work. Thanks to the automation the workers’ job is less stressful than ever, both physically and mentally, and they usually just oversee the processes of production and shipment, stepping in only when some fine work is required. With the help of machines, a handler can manipulate more loads, which results in a higher salary, while getting less tired and strained.

Furthermore, manual work is still a time-saving activity, and we all know the time is money.  No matter how efficient a machine is, it’s way cheaper to be checked by human than to make a special machine for it. There will always be a place for the human factor in a production process because some production tasks are too sensitive to be solved by a machine in a way that will be cost-effective.

Manual laborers became more advanced through the use of technology, and the tools tailored to aid their work practically made them into cyborgs. That also means the risk of injuries is significantly smaller, thanks to the number of safety rules and general improvement of working conditions.

Finally, there’s one anthropology related reason that assures us manual material handling will never die, and that is an interpersonal contact. It is very important for the person ordering some item to know there is a human on the other side. That’s the reason the one making the delivery is usually a man or a woman (rarely a drone). Bear in mind that among the delivered goods, there are not only industrial and manufacturing materials, but also gifts and holiday presents. It may sound corny, but a machine delivery could never have the same level of interaction as getting a package from a fellow human.

Material handling has come the long way since its beginning, and for a long time, it was associated with hard manual labor, huge health hazards, and next to no opportunity for advancement. However, that changed with the influx of high technology into the handling process, which helped workers in numerous ways, changing their jobs (and their lives) for the better.

The cautious ones might think that all that technological advancement is aimed toward the complete replacement of human workers, but those doubts are completely unfounded. Not only will there always be a place for human workers in the material handling industry, but the job itself is now safer, easier and more efficient than ever.

by Liam Smith // Liam Smith is a blogger with an extensive portfolio specialized in Manufacturing and Logistics. He can usually be found with an espresso in one hand and a book in the other. When not working, he's spending time with his family and friends or putting pen to paper for his own personal pursuits.

Equipping
The Pros and Cons of Automation in The Workplace

Equipping
How Much Does 3D Printing Cost?

Equipping
5 Tools to Help You Automate Your Business

Strategizing
As Budgets Shrink and Expectations Rise, How Can DevOps Managers Balance the Two...

Strategizing
How to Optimize Your Small Business

Equipping
A Guide to Automated Systems for Small Business Owners

Moneying
Tips for Reducing the Costs of Running a Business