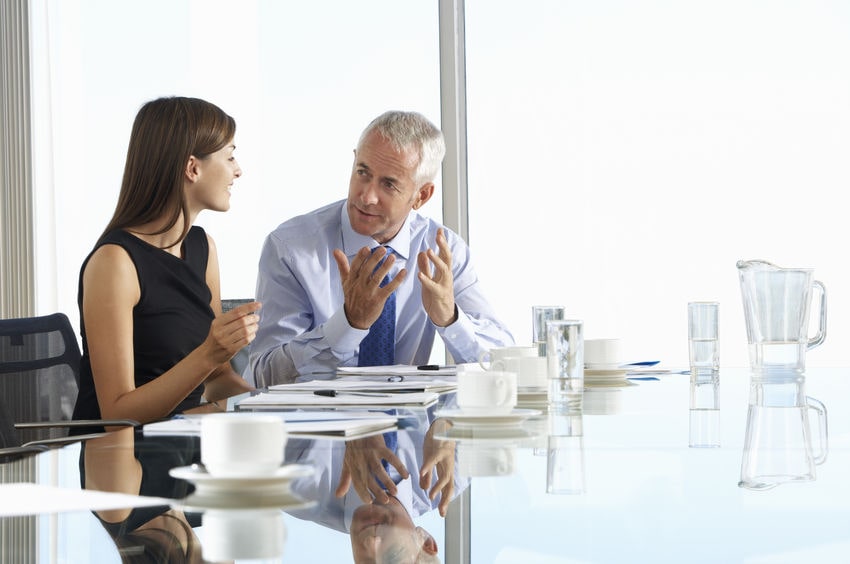 In our daily conversations, people tend to talk around a subject and not actually to each other. When we talk “at” each other as opposed to “with” to each other in professional settings, it puts us in our own head and keeps us from focusing on what someone else has to say. Instead of creating a give-and-take of ideas, we often get caught up in a loop where each person keeps restating the same idea or versions of that idea. Nothing original will come from such conversations, or if it does, it’s either one-sided or in competition with other ideas.

Another version of the not listening habit is that we use predictive listening, where we shut out what’s being said in order to think ahead. By not actively listening all the way through, we miss critical information and, in fact, respond to our own preconceived thoughts and ideas. This is no way to create and carry out new ideas.

To become better listeners, people in the business world need to take a page from improvisational comedy. In the world of improv, actors make up scenes and stories from nothing, and by listening carefully and positively accepting their scene partner’s “offers” or ideas, they weave a tale with unexpected twists and turns, which somehow arrives at a clever resolution of the story.

If the improv actor were to offer an idea, and the scene partner ignored it and offered his own idea, that scene would go nowhere. Improv actors are trained to focus attention on the other person, listen to the idea offered, and build on the concept to move it forward. Following wherever the scene goes, without having to think ahead about where it will end up, allows for limitless opportunity and for real creativity to emerge.

What this means as a basic practice is that instead of always having to think of something new, we can listen to somebody else’s idea and associate with or react to what they put forward. We respond to what we’ve heard, not what we think, and allow ourselves to add our own creativity and imagination to the idea or concept.

In any kind of team setting, the ability to listen and build off of each other’s ideas allows the group to quickly access many different concepts. Use these improv techniques to hone your listening skills:

When you’re listening to someone speak, repeat in your head what the other person is saying as they’re saying it, word for word. This technique helps you focus on the ideas offered and interpret their meaning. If you are unclear in what you heard, paraphrase the statement or idea back to the speaker.

Eye contact is probably one of the most, if not the most, powerful ways that humans can communicate with each other. Looking down or over the speaker’s shoulder is a way to show you’re uninterested in what the speaker has to say. Also, if you initiate eye contact, it’s difficult for the other person to break it. In this way, you not only increase your own attentiveness, but you force the attentiveness of the other person.

When you’re not occupied with thinking how you’ll respond to what’s being said, you allow yourself to understand and process more information. This makes your response both thoughtful and applicable, and invariably leads to more effective sharing of ideas.

In improv, actors focus intently on listening to the other person. They don’t interrupt, their response keeps the idea thread going, and they offer their own ideas that are relevant — if not outrageous. When you show that you’re truly trying to understand the gist of what someone else is saying, and you build off of it, you inspire trust and encourage innovative ideas to flourish.

by Norm Laviolette // Norm Laviolette is the co-founder and CEO of Improv Asylum, IA Innovation and Asylum Gaming and Esports (AGE). He has performed, directed or produced more than 10,000 improvisational comedy shows on three continents. He brings the experience of building companies from the ground up into multi-million dollar businesses. Norm Laviolette has worked with Fortune 500 companies, including Google, Red Bull, Fidelity and more. His new book, The Art of Making Sh!t Up: How to Work Together to Become an Unstoppable Powerhouse (Wiley, May 7, 2019), describes how the techniques of improv can transform teams into more powerful, creative and healthy organizations. Learn more at iainnovation.com.

Equipping
How Easy Is it to Pass Verbal Reasoning Tests?