Is Google Hurting Your One-Person Business? 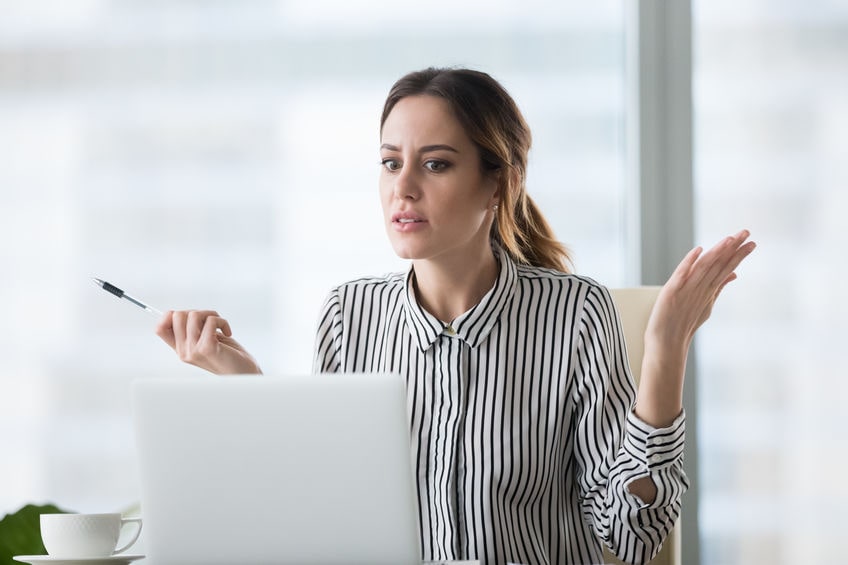 Last week, I found myself looking for a carpet business. Being relatively new to my local area, I turned to Google to help me out.

I opened Google Maps, typed in “carpet store,” and was instantly excited because I had a number of options to choose from. Yet, that excitement quickly faded the moment I realized that not all of these listings were real.

For instance, one of the top three options was a store that, according to the street view image, was apparently also Frontier Internet. Another listing just a few spots down showed a picture of a house. As in a personal residence.

Could someone really be selling carpet out of their home, I wondered? It’s possible, I suppose. But not very likely.

I have to admit that this piqued my interest, so I began searching for other businesses in the area as well and found an alarming trend. Many of the street views attached to the listings were empty fields, personal homes, or what appeared to be a stock pic taken from some other Internet site.

This was particularly troubling to me since, as a freelance writer, my business is entirely online. So, what if my clients were searching for me but presented with fake listings instead?

Sadly, that’s exactly what happened to Stewart J. Guss, Esq., a personal injury attorney out of Houston, Texas. And it has taken him quite a bit of time to try to fix the issue.

“Like any business owner, I will periodically do Google searches to see how I’m showing up in Google results and maps,” says Guss. “A year or two ago, I started seeing some new ‘personal injury law firms’ pop up near my main office in northwest Houston. At first, I thought, ‘Okay, a little friendly competition never hurt.’ Then I noticed they began showing up more, and some had names that were in direct violation of the rules of the Texas Bar, which do not allow trade names.”

“I knew that ‘Best Personal Injury Attorneys’ was NOT an authorized name for a firm,” Guss says, “so I dug deeper, did a street view, and saw that the ‘law firm’ was located on an empty stretch of road.  There were no lawyers there, just weeds and a rusty fence!”

Fortunately, Guss says that his firm has a strong and long-standing presence in the local market, so the effects of bogus firms such as this appeared to be minimal. But he’s also quick to add that the impact is also extremely difficult to quantify, comparing these spam listings to having a tire that loses air. “Your leads and new business slowly leak,” he says, “until you find your business stuck on the side of the road with a flat tire.”

“In For a Rude Awakening”

Sean Tomalty, DMD, is the owner of Tomalty Dental Care, and he had a similar experience. Except, in his case, the impact felt was a bit more dramatic.

“In the summer of 2018, we noticed a flurry of spam listings appear in the local search results where our Google My Business listing had reigned supreme for a long time,” Tomalty says. “Specifically, we experienced duplicate provider listings with incorrect addresses, incorrect Google Maps directions, and incorrect phone numbers.”

This meant that Tomalty’s patients were getting lost while trying to find their business and calling incorrect phone numbers because they were relying on Google’s Knowledge Panel, which was completely wrong. (The Knowledge Panel is the panel that appears on the right side of the Google search screen and typically contains a business’s name, address, phone number, office hours, and more.)

“As the owner of a local dental group, we rely heavily on patients finding us through via Google’s local listings, aka Google My Business,” Tomalty says. “It was frustrating to say the least.”

Tomalty’s findings also gave him a stark realization about just how far some scammers will go. “I was in disbelief as I assumed that once we had entered our information, we were done and the listing would maintain its appearance indefinitely,” he says. “I had no idea about spammers, negative SEO [search engine optimization] tactics, and so forth. I was in for a rude awakening!”

This “rude awakening” wound up leading Tomalty down a 4-month clean-up path to get all of the inaccurate duplicate listings removed. It cost him financially too. “We estimate that we lost many thousands of dollars in revenue since the phone numbers were also incorrect and sending those leads to who knows where,” Tomalty says. Why is this such an issue?

Why Is This Happening?

First off, unfortunately, spammers and scammers have no bounds. Therefore, if they can get their hands on consumer’s money by creating fake business listings or by using real businesses and just switching their information, they’ll do it. While this is problematic on its own, the issue is further complicated by Google’s response. Or rather, its lack of it.

In June of 2019, the Wall Street Journal published an article about legitimate businesses (and consumers) who were negatively impacted by these fake listings. One of the chief complaints brought up in this piece was that, although this has been an issue that Google has known about for quite some time, it still seems to be having trouble in preventing fictional business listings from appearing. This is even though these listings are in direct violation to the company’s own terms.

For example, if you go to Google My Business policies, you will learn that your business name on Google has to be the same as it is in the real world. Therefore, using keywords to achieve a higher search engine rank is strictly prohibited. (Which is another reason why “Best Personal Injury Attorneys” should not have been allowed in one of Guss’s competitor listings.)

This article is presented by Axos Bank, the leading provider of zero-fee checking accounts for small business owners. Learn more and apply online at axosbank.com.

Additionally, according to their own policies, Google is supposed to verify the business before it is published online. So, how are all of these bogus listings getting through?

In the WSJ’s article, it is suggested that Google is lax on its own policies because there is money to be made in doing so. In other words, since this search engine giant takes in approximately $116 billion in ad revenue a year, there really is no urgency to solve this problem because they’re still getting paid.

Though it isn’t entirely clear whether it is related, also in June of 2019, CNN posted that the Department of Justice had potentially initiated an antitrust investigation of Google. It’s not quite known exactly what this governmental agency is looking for or what prompted this probe, though many speculate that this fake listing issue may be part of the investigation.

In the meantime, when asked what type of recommendations Guss and Tomalty had for solopreneurs and other business owners to hopefully keep this from happening to them—or at least minimizing the damage if it already has—they had a few.

The first thing to do, according to Guss, is to do regular searches for fake listings in your local area. Specifically, look for “listings that are new, have odd names or addresses, or no reviews,” he says.

Next, if you find a fake listing, report it to Google. “Because Googles credibility is hurt with fake listings and enhanced with accurate listings, Google is generally inclined to be receptive to reports of fake listings,” he says.

This said, be prepared for the removal process to be somewhat slow. They’ll generally take care of the false listings eventually Guss says, but it can also take some time.

Tomalty agrees that doing regular Google checks is critical, especially when it comes to checking your own business. “At the very least, I strongly recommend daily or weekly monitoring of your business’ Google listing,” he says.

What do you do if you notice an issue? “I highly recommend engaging with a quality SEO company if this has happened or may happen to your business in the future,” says Tomalty.

In his case, they asked a trusted business peer which SEO and online marketing company they worked with, following up with that agency to learn more about their experience and tactics when it came to combatting this type of issue.

Ultimately, that’s who they hired to help clean up the issue says Tomalty, but it took a lot of effort as the company had to notify Google of the problem and submit reports to the search engine’s support teams.

Fortunately for Guss and Tomalty, all of their hard work, time, and energy is paying off. But they also realize that their work is nowhere near done. “Basically, there are no shortcuts here,” says Guss. “You have to put in the ‘sweat equity’ of continually running key search terms for your business, near your business.”

Strategizing
How to Protect Your Small Business from B2B Scams

Strategizing
How to Identify B2B Scams