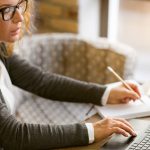 The rise of freelancers working with corporate entities across the world has become an effective way for entrepreneurs to reduce workload for internal employees. Freelancers can dedicate their time to working with other clients without being locked into employment with one company. Entrepreneurs can reduce the cost of hiring employees onsite in addition to lowering the expense … END_OF_DOCUMENT_TOKEN_TO_BE_REPLACED 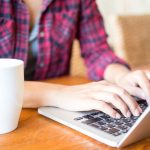 For many small business owners, hiring a freelance writer seems like an unnecessary expense, but investing in a freelancer is going to pay off, considering the fact that you are maximizing your time and minimizing your costs. A freelance writer will free you and your employees up to work on other tasks, and will usually work for less money than you ever would. One of the … END_OF_DOCUMENT_TOKEN_TO_BE_REPLACED 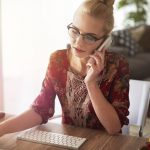 According to a study conducted by Freelancers Union and Elance-oDesk, one of the most well-known freelance job platforms today, approximately one out of every three U.S. workers currently operates in some type of freelance capacity. This is approximately 53 million people in total, a number equal to the population of 25 entire states. Of these workers, roughly 2.8 million … END_OF_DOCUMENT_TOKEN_TO_BE_REPLACED 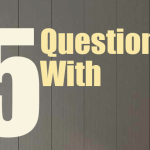 In this interview, we talk with Christina DeBusk, a freelance writer for businesses and publications (including Businessing Magazine). Christina talks about making a major career change to pursue her lifelong dream of becoming a full-time writer and the lessons she has learned along the way. What are the primary service(s) or product(s) that your business provides? As a … END_OF_DOCUMENT_TOKEN_TO_BE_REPLACED

Tricia Drevets, a writer and community college instructor from Oregon, gives insight into the perks and downsides of working as a freelancer. While the freelance work she does is writing, her experience can be applied to other industries in which freelancing is an option. What are the primary service(s) or product(s) that your business provides? I write articles for … END_OF_DOCUMENT_TOKEN_TO_BE_REPLACED 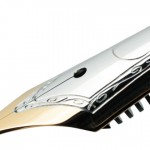 Chances are good that you started your business because you’re good at what you do. Hopefully you love it too, but there is no doubt that you have qualities that help you excel in your particular field, which is why you decided to take the often difficult journey to business ownership and sell your services or products to the rest of the world. And there is also no doubt … END_OF_DOCUMENT_TOKEN_TO_BE_REPLACED