The Power of Networking: 3 Effective Networking Options to Consider 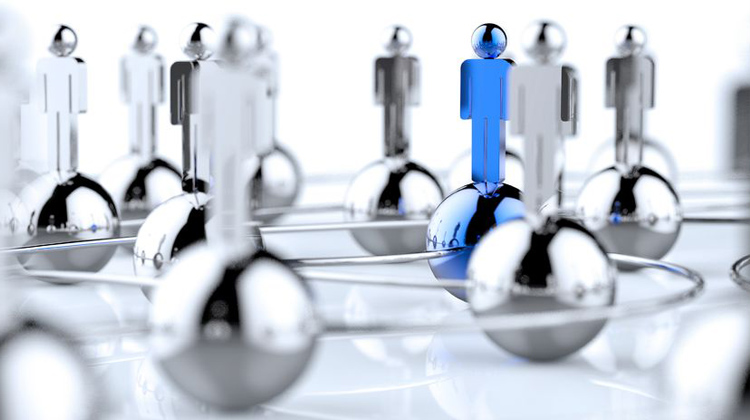 There is an old adage in business that says “It’s not what you know, but who you know that matters most,” and there is a lot of truth to that. For instance, if it weren’t for my mom putting in a good word for me with her boss, I wouldn’t have gotten my first dish-washing job at the age of 13. This allowed me to prove my work ethic and eventually become a cook, the position that largely supported me during my high school and college days.

And if I hadn’t interned for a particular attorney toward the end of my college career, I wouldn’t have had his reference letter which likely contributed to me getting hired by the courts (of which he was then a presiding judge) as an Enforcement Officer. The same letter that definitely helped get me hired by my local police department as a Reserve Officer, eventually rising to the rank of Lieutenant.

Certainly, most of us have stories like this that involve someone else playing a major role in getting you where you are today. While some are completely chance meetings of being in the right place at the right time, actively networking can put you exactly where you need to be to catch the break that will kick your career into overdrive. How do you do that? Fortunately, there are many options, but here are the three that have worked best for me:

Networking Option #1: Join LinkedIn (And Use It!)

LinkedIn is the Facebook of the professional world, allowing you to connect with businesspeople that you already know, as well as businesspeople you really want to know. In fact, it was on LinkedIn at the beginning of my writing career that I connected with a successful marketer who took the time to teach me how to become more persuasive with my words. He and I held weekly meetings to discuss the craft of “writing that sells,” and he even sent me a variety of books that helped me hone that craft even more. It is largely because of him that I am doing as well as I am today.

The key to making the most of your LinkedIn experience is looking for people in your field that inspire or motivate you and sending them a connect request (which is how I hooked up with him). It also involves searching out others in your area that you could connect with in a mutually beneficial way. For instance, if you sell auto insurance, it would likely benefit you to network with the owner or manager of a car dealership.

Joining groups on LinkedIn is a good idea too. These are people that have common interests and may be able to open doors simply by sharing your issues or concerns. So, don’t be afraid to poke around a bit and look for ones that you might enjoy as they could potentially be very beneficial to your business and career.

When I first moved to California, I met a businessperson that was involved with a local organization of professionals and he invited me to a meeting. Although I only attended once (due to the fact that I moved back to Michigan shortly thereafter), I made a couple of friendships that I still have three years later—and I have referred others in that area to some of the people I met that day that impressed me. All of this because of one meeting with that particular organization.

Although our world today seems to be almost completely internet based, there is nothing like meeting others face-to-face. Attending meetings with professionals in your area allows others to get to know who you are which, in turn, increases the likelihood that they will send business your way if they like what they see.

So, search out local organizations and associations online and contact them to see what it takes to join. It may even help to get in touch with the local Chamber of Commerce as they might have a list of options available as well.

Networking Option #3: Be Willing to Start Up a Conversation with Anyone, Anywhere

Whereas the first two options are specific to business, this last networking idea simply involves being willing to keep your mind open to possibilities that appear—sometimes in the strangest of places. For example, when I stopped at a convenience store once on my way home from work, I struck up a conversation with an older gentleman who had a Mason’s sticker on the back of his vehicle. My step-dad who lives in the U.K. is a Mason so we chatted about that a bit. Long story short, this kind man who I had never seen before offered to take my step-dad to a U.S. Masons meeting, which he did a couple of months later, thereby opening a door for my step-dad, all because we were willing to chat while waiting in line.

The lesson here is that you never know who you’re standing next to in line at a store, who you are seated next to while enjoying a dinner out, or who is travelling next to you on a crowded airplane. Strike up a conversation and you may just discover a person who can take you places that you could never have gone on your own. Besides, if not, you’ve lost nothing.

I’d like to hear your stories of how networking has benefited you. So, please feel free to comment below. And, if you want to connect on LinkedIn or Facebook, I’d love it! Who knows? It may be the connection that will advance both of us…