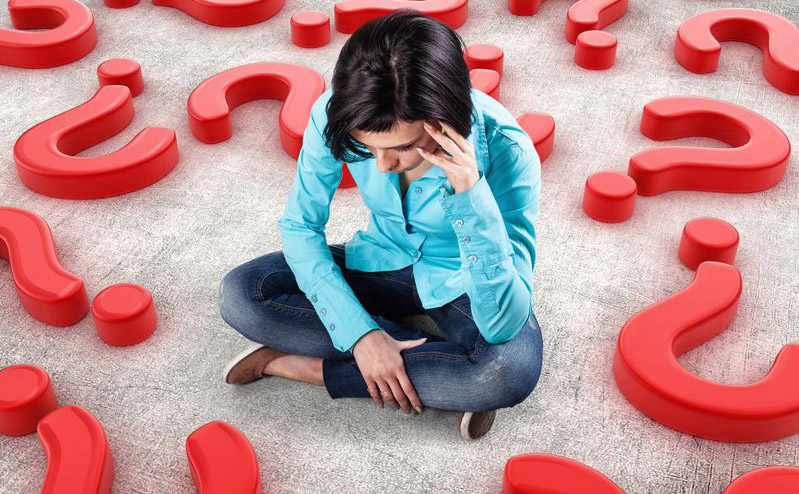 Whether or not we like to admit it, we all have a voice in the back of our heads. On some days, it’s an encouraging voice that pushes us forward and drives us to take risks. On other days, it’s a seemingly endless stream of negativity that tells us we should quit whatever we’re working on. As an entrepreneur, listening to that kind of doubt can be the beginning of the end. Once you follow those thoughts far enough, it can be hard to turn it around and regain confidence.

Most people can’t eliminate that negative voice forever, so it’s important to know what to do with it when it comes up.

The great thing about fear is that it’s not reality. It’s just a feeling.

It can seem justified because starting a business involves a certain degree of risk. It’s a leap of faith, and there can be a lot on the line if it doesn’t turn out perfectly. The fear is normal and the doubt that follows it is understandable.

Understandable as it may be, it’s still not reality.

Turn Your Focus to Your Strengths

Doubt can be tricky. It can cause you to start searching your memory for any evidence that backs it up: that one time you had a bad review at a former business, or that time an old boss yelled at you for doing something wrong, or even something your parents may have said to you when you were growing up. If you allow that train of thought to continue for too long, you’ll find yourself with a daunting list of negative attributes that confirm your fears about your new business venture.

At the first sign of self-doubt, you have to jump in front of it. Shift your focus to your strengths so that the negative voice doesn’t get a chance to take hold. Think about times when things have gone well, and analyze how your skills made that possible. Think about positive feedback you’ve received and even times when you’ve turned constructive feedback into an improvement.

It’s not about sweeping negative thoughts under the rug or ignoring them, nor is it about putting on an artificially positive front. It’s about changing your focus so that you are in a better position to make decisions and take your next action for your business.

Doubt and fear live in the future—not in the present. They cause you to imagine all sorts of “what if” scenarios, most of which are unlikely to happen. If you’re sitting around thinking and speculating, you can’t simultaneously be taking action towards your goals.

Fear can even be a sign that your goals are unclear. If you find yourself questioning what you’re doing and doubting your abilities, it may be an indication that you need to spend some more time planning out what you want to do and how you’re going to get there. When you have a plan that has measurable steps, you can focus on taking each next step rather than getting caught up in the big, overwhelming picture. Instead of worrying about what “might” happen in six months, what can you do today to move closer to your goal?

The finish line may seem far away, and it may seem impossible to reach, but setting attainable milestones along the way can do a lot to reduce fear.

When fear is being really tenacious, and it doesn’t seem like any amount of strengths-based thinking or goal setting is making it subside, sometimes the best thing to do is to indulge it for a little while. Sit with it. Feel every uncomfortable ounce of it. Follow it to its ultimate conclusion. If your fear became reality, how bad would it actually be?

In the publishing world, fear is the norm. Putting your work out there to be judged by editors, agents, publishers, and readers, is a scary thing. It’s a vulnerable position to be in, and for most, the fear is so insurmountable that they don’t continue. Many more people would become authors, but the fear of rejection holds them back.

So take stock of your fear and figure out what it’s really about. If you’ve put your life’s savings into your business and you won’t be able to pay bills or feed your family if the business fails, then consequences really are high. That scenario deserves true fear, and in that case, it may be best to go back to the drawing board and find ways to mitigate the risk.

Take a step back and be realistic. The doubt you’re experiencing—what is the worst that would happen if it came true? Could you get past it? Could you rise above it? Would it possibly even make you stronger in the end? If it’s truly not so bad, then it’s time to figure out how to push through the doubt and take the risk anyway.

Most of the time, self-doubt appears because you have given yourself too much time to think. A certain amount of thinking time is necessary; you need to be strategic, especially if you’re starting a new business or making a significant change in an established one. Still, there is such thing as waiting too long.

For example, I tell authors to write quickly enough to outrun their self-doubt. If the first draft is really rough, we go back and edit, edit, edit. But there would be nothing to edit without first having a completed draft. They say that “perfect” is the enemy of “done” —If something can be made perfect in a later stage, get it done first. Do the fine-tuning another time.

The same is true in business. Few things are so permanent that they cannot be undone or altered. Take enough time to weigh your options, but don’t allow enough time for doubt to cause you to get stuck.

Strategizing
Business Building Blocks: How To Write A Business Plan

Moneying
How to Manage Your Money Better

Equipping
The Pros and Cons of Using a Goal Setting App