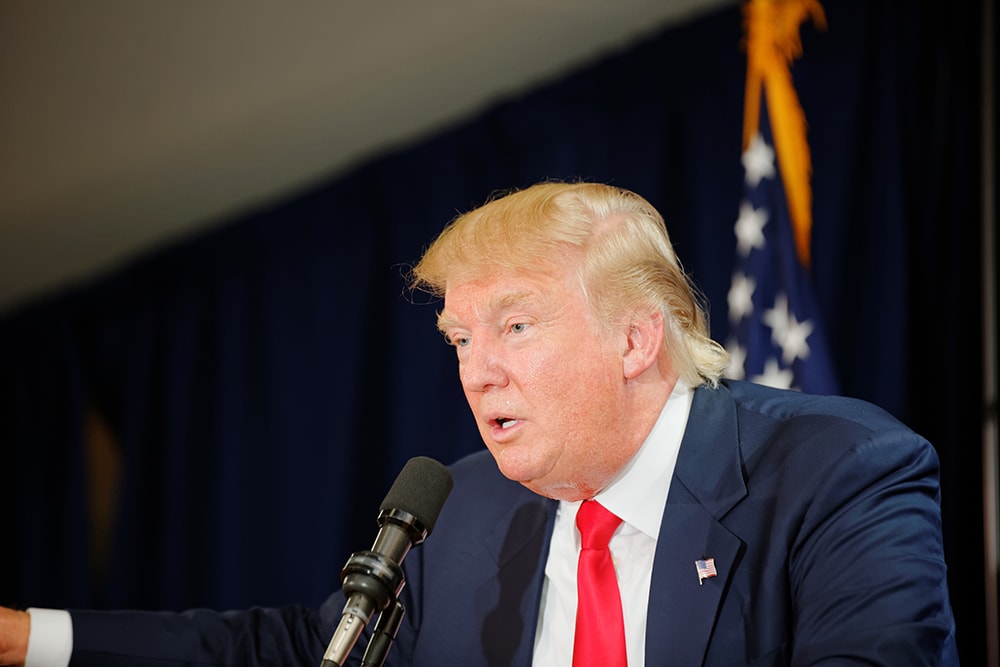 Whether you were pro-Trump or pro-Clinton leading up to November’s ballot being cast, one thing is clear when it came to the 2016 U.S. presidential election: most everyone had an opinion. And, a lot of times, it was a strong one.

Not only did media sources take a firm stance on which candidate they supported, so did people in general. Heated debates about who was better for our country even worked their way into social media news feeds, prompting posts that were poking jabs at the other candidate, and causing some people to make the decision to “unfriend” those with opposing views.

But now that we know that Donald J. Trump will be running our country for the next four years, it’s time to take a look at what our new president intends to do for those of us who work for ourselves.

If you’re at all unclear on where President Trump stands on certain issues, he shares his positions—his “visions” as he calls them—on a number of issues right on his election website. Here are just a few of the ones that will impact small business specifically:

Though this is some of what Trump wants to do during his upcoming term, what exactly does all of this mean for small business owners like you and I?

Is this a period of time we should look forward to because he’ll help propel our business growth? Or is it more likely that his vision will kill the future of our small businesses completely?

We asked these types of questions to four fellow business owners, and here’s what they had to say.

Optimistic for a Stronger Economy

Joe Palumbo, owner of Ice Dam Guys, LLC, a small business based out of Minneapolis, Minnesota, says that, while his chosen industry “isn’t too connected to politics or to how strong the economy is – it’s up to Mother Nature!” he thinks that overall, Trump will be good for his small business, as well as the economy in general.

“Ice dam removal costs much less than it costs to fix interior damage caused by roof leaks,” says Palumbo, “but to all but the wisest homeowners, it looks like just another expense, so many people try to avoid it until the damage is done and they have no choice.” That being said, Palumbo is hopeful that Trump will be able to reverse this trend by helping Americans keep more of their hard-earned money in their own hands, giving them more to spend on these types of expenses.

“I think anything President Trump does to encourage homeowners to save money will help my business,” says Palumbo. “Any lowering of taxes or success in keeping healthcare costs from spiraling out of control, for example, ultimately means homeowners get to keep more of what they make.”

Ultimately, Palumbo feels that this will benefit service-based businesses like Ice Dam Guys, which will help people in general too. “With extra cushion, some homeowners will be less likely to play ice dam roulette,” says Palumbo. “They’ll be more likely to recognize that it’s cheaper to spend a grand or two to get the ice dams removed than to try to avoid ‘forking over,’ only to end up paying five figures to repair interior damage caused by roof leaks.”

How much can Trump bolster the economy, benefiting the citizens of the U.S.? “President Trump may or may not invigorate the economy so much that homeowners invest the money to get an energy audit and to improve the poor insulation and ventilation in their attic – which helps cause ice dams in the first place,” says Palumbo, “but I am optimistic that he will invigorate the economy at least enough that homeowners have more of an emergency fund.”

Trumps Goals are a Match for this Small Business Owner

Troy Tice, CEO and owner of Amada North Houston, a successful at-home elder care service which serves seniors in North Houston, Texas and surrounding areas, has the same type of positive reaction to Trump’s upcoming presidential term. “I fully support Donald Trump and his agenda and believe the goals he has set for this country mirror my goals as a business owner,” says Tice, who goes on to say that there are quite a few changes proposed by Trump “that excite me as a business owner.”

Among them is Trump’s position about what to do with the healthcare system created by President Obama. “The repeal and replacement of the Affordable Care Act will allow us to continue to grow without the restrictions of mandated healthcare,” says Tice, adding that there are other benefits of this as well.

“The replacement of the act will allow for health savings accounts which will benefit my employees,” says Tice. “These changes will give me the ability to provide more jobs and a more competitive environment ultimately driving down costs,” he adds. That makes Trump’s proposal regarding Obamacare a win-win in Tice’s eyes.

Another change that has Tice looking forward to the upcoming presidential term is Trump’s stance on taxes as they relate to businesses specifically. “Lowering the corporate tax rate will allow me to reinvest in my company and help us grow to new levels,” says Tice. “The results of this are simple: more jobs, more supported seniors, and more contribution to the economy.”

A third change proposed by Trump is more specific to Tice’s business as it involves our nation’s seniors, but Tice says that the citizens of the country will be the clear winners on this one. “Enacting the Affordable Childcare and Eldercare Act will help families contribute to the safety and security of their loved ones,” says Tice. “This act would allow for Americans to deduct eldercare from their taxes which would make senior care more affordable. It would also allow for tax free dependent care savings accounts to be set up for elderly dependents.”

Overall, Tice’s thoughts about the next four years under President Trump’s command are positive in nature. “I am excited to see the changes enacted to enhance the business environment,” says Tice. “Donald Trump ran on a platform of ‘Make America Great Again’ and I truly believe that is the direction we are headed.”

Hoping for “Little to No Effect” on the Marijuana Industry

Anthony Franciosi, founder of the Colorado-based Honest Marijuana Company, has a few thoughts of his own about Trump’s presidency and what it will do to his business as well as the whole marijuana industry. “My hope is that a Trump presidency will have little to no effect on my business,” says Franciosi. “He has claimed that he believes it’s a state’s right to decide and voters on both sides see the benefits of marijuana legalization.”

However, Franciosi still has some concerns and they seem to have a lot to do with the people that Trump is putting in key places, addressing two appointees specifically. “The scary part seems to be his appointees Jeff Sessions (Attorney General) and Scott Pruitt (head of the EPA),” says Franciosi, noting that these two individuals “have made bold and ridiculous statements about marijuana and tried to oppose its momentum.”

“Hopefully, we won’t see cannabis becoming Schedule 2 and being regulated by the FDA,” adds Franciosi. If this were to happen, it “would cause huge problems for the current structure and create lots of added expenses in an already over-regulated and expensive industry,” he says.

Trump as President Will Be a “Mixed Bag”

Scott Michael Schreiber, DC, DACRB, DCBCN, MS, LDN, Cert. MDT, CKTP, CNS, and Board Certified Rehabilitation Specialist in Newark, Delaware, feels that having Trump as president will be a little bit of good and a little bit of not-so-good. “Keeping all personal views aside, I feel that a Trump Presidency will be a mixed bag,” says Dr. Schreiber.

When it comes to what may not be so great under Trump’s presidency, Schreiber says that he is concerned about Trump’s plans regarding healthcare as it “will be a bit of a mess,” says Dr. Schreiber. “Repealing Obamacare will cause many to lose insurance, which I am not in favor of.”

Dr. Schreiber also has concerns from a professional standpoint. “From a healthcare provider prospective, paperwork, red tape, and regulations have seriously gotten in the way of providing quality care to patients,” says Dr. Schreiber. “It is almost impossible to work within specific guidelines when we are treating individuals with individual problems, not data. Many will recover at different rates. Tests may need to be ordered, but due to many of the imposed governmental guidelines, they are very difficult to get approved. Hopefully, this part of healthcare will improve.”

What area is Dr. Schreiber most hopeful about? Taxes. “I believe that the tax burden for small business will improve with a Republican president as well as government mandated paperwork,” says Dr. Schreiber, before adding, “but time will tell as to what actually will happen!”

Any thoughts you’d like to add about Trump’s upcoming presidency? If so, add to the conversation by commenting below!

The Successful Solopreneur
A Cheaper Healthcare Option for Solopreneurs?

Entrepreneuring
Considerations When Opening Up a Home Care Services Business

Strategizing
Should You Offer Healthcare to Your Employees? Small Business Owners Weigh In

Entrepreneuring
How One Business Is Challenging (And Changing) the Healthcare Game