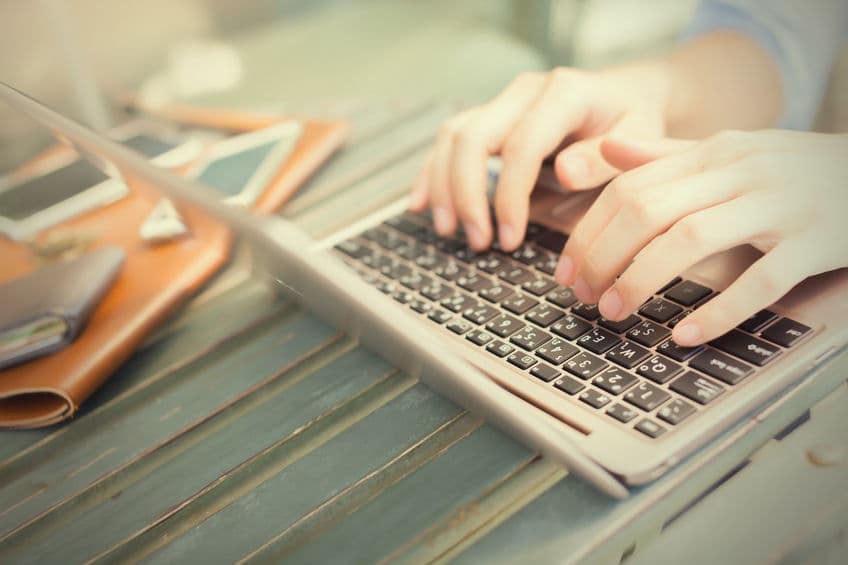 Blame it on the popularity of texting or on the widespread use of social media, but its undeniable that everyone is adding too many embellishments to their writing by adding exclamation points, italics, and ellipses to try to improve a piece of text. More often it succeeds only in doing the opposite.

Remember how your grandmother always told you to take off a piece of jewelry to avoid your jewelry being overwhelming? It’s the same idea with punctuation. It gets to be too much very fast.

Furthermore, loading up a piece of writing with tons of punctuation is treating your readers like they’re dumb. Instead, make your copy simple and hold off on trying to add so much bling with italics, punctuation, and bold letters. Here are some ways to rid yourself of poor writing habits.

Ease Off the Exclamation Point

Are you preoccupied with showing enthusiasm? “I’m ready to help!” Do you feel the need to cheer on others? “You did a great job!” If that’s you, then your use of the exclamation point may not always effectively convey the attitude prompting them. Ask yourself whether the situation really calls for such exuberance, and consider this: research shows that women use the exclamation point more often than men. Whatever the reason for that is, think twice before exclaiming.

Put an End to Ellipses

The three dots used mid-sentence or at the end of a sentence is meant to denote an omission in information that’s not needed to make your point. Thanks to its overuse in informal texting, an ellipsis tends to indicate either that the writer has begun to drift off from the topic (“We can discuss later…”) or means to imply an innuendo (“Let’s chat…”). Either way, using an ellipsis will leave the impression that you’re evasive and not prone to communicating directly.

The use of italics for emphasis is another relatively new tendency. While once reserved for titles, to set off lines of quotation, or to indicate words in another language, they’re now used — and overused — to stress a word’s meaning. “Can you believe what they did?” and “You need to decide.” Cuing the reader about the weight of a word occasionally has its place. However, overdoing points of emphasis can become annoying.

Quotation marks indicate where spoken words begin and end in written dialogue, and they also enclose a quotation from another source. But more and more, they’re applied to signify words used in an ironic manner, “His ‘occupation’ is critiquing everyone’s work,” or a nuanced way, “She’s off on ‘vacation.’” True, quotes serve a purpose in signaling a double meaning to a familiar word. When quotation marks aren’t needed is when the meaning is simply the meaning.

Rethink the Implications of All Caps

Entirely capitalized words, phrases, or sentences were previously reserved for acronyms, legal documents, or election ballots. Now they are used in regular text as a way to grab attention. Words in all caps provide a way to deliver a message emphatically, like a shout or a scream. “GET THAT MESSAGE OUT NOW.” Capitalized words stand out like a billboard in a sea of street signs. Keep in mind, though, that the distinctiveness of the billboard loses its rarity when you add too many to the skyline. Capitalized text is harder to read than lowercase text and long phrases or sentences in all caps tend to bore readers.

Avoid Doubling Down on the Dash

The long or double dash, which is used instead of parenthesis to imply an add-on or qualifying bit of information, is becoming increasingly popular. While useful, its overuse leaves your copy looking chopping or full of holes, and it gives the impression of scattered thoughts and ideas.

Although, social media has provided us with an outlet for emphatic social commentary and stream-of-consciousness communicating, be warry of carrying over your punctuation bling from texting and online rants into any professional writing venues.

by Vicky Oliver // Vicky Oliver is a leading career development expert and the multi-best-selling author of five books, including Live Like a Millionaire (Without Having to Be One) (Skyhorse, 2015), 301 Smart Answers to Tough Interview Questions (Sourcebooks 2005), named in the top 10 list of “Best Books for HR Interview Prep", and Bad Bosses, Crazy Coworkers & Other Office Idiots (Sourcebooks, 2008). She is a sought-after speaker and seminar presenter and a popular media source, having made over 901 appearances in broadcast, print and online outlets. For more information, visit vickyoliver.com.

Strategizing
Keeping Customers Interested during the Lockdown: An Essential Guide

Entrepreneuring
A Chat with a Solopreneur

Marketing
What Are Some Proven Marketing Strategies to Drive Sales?

Equipping
Content 101: How to Tell Better Stories with Data

Marketing
Your Guide to Influencer Marketing: Connecting, Engaging and Getting it Right

The Successful Solopreneur
Texting Clients: What Are the Benefits…and the “Rules”?

Marketing
Marketing Yourself As A Highly-Skilled Medical Expert