3 Practical Lessons from the A-Team 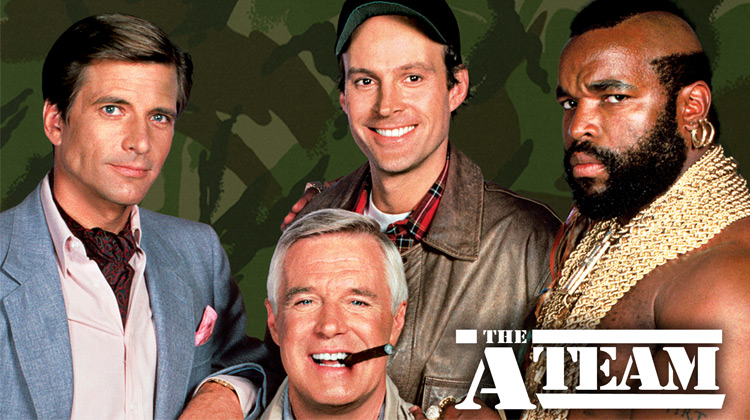 Besides just being a super cool TV show, and one that will forever hold a special place in my childhood, I believe we can learn a lot from the A-Team. Here are three simple takeaways:

John “Hannibal” Smith, always satisfied “when a plan comes together,” is the clear leader of the A-Team. While the men were still in the armed forces (as members of the 5th Special Forces Group) Hannibal was the ranking officer. And after their banishment, he remained the leader. He was respected by the team and rarely argued with. But Hannibal was open to differing opinions. He maintained his leadership position, but listened to and trusted his team. In fact, some episodes included a story line where Hannibal himself was in deep trouble and had to rely on his team to save him from the bad guys. Good leaders don’t see it as a sign of weakness to rely on their team. Good leaders build a reliable team that is able to be trusted.

Specialists are a Good Thing

Some have argued with me over the years, but I like the idea of having specialists on a team. The A-Team has the strategist (Hannibal), the smooth talker and procurement expert (Templeton Peck), the crazy pilot (Murdock), and the mechanic/ muscle (B.A.). You’re mom always told you that you are capable of doing anything. Well sorry, but it’s not true. While you might be able to fill several roles with proficiency, you can’t do everything. So having specialized skills (specialists) on your team is a win. Then you just have to make sure all the important roles are covered and that each member plays a harmonious role on the team.

If there were a single theme to take from A-Team I think it’s the determination with which they approached sometimes seemingly impossible predicaments. The absurdity of presenting “never give up” as somehow being a profound concept isn’t lost on me. But it’s a good message none-the-less. And on top of that drive and determination is the willingness to consider alternative solutions to traditional problems. If the situation called for it, the A-Team would build an armored assault vehicle from a Le Car. Why should we be any different?

Marketing
Why Teamwork Is Key in Your Marketing Efforts

Leading
For Every Boss: Workplace Dynamics That Improve Employee Morale

Leading
4 Remote Team Management Mistakes and How to Avoid Them

Leading
5 Elements to Include in Your Leadership Development Program

Strategizing
5 Tips for Pulling Your Business Through a Rough Patch