The Secret to Making a Family Business Work 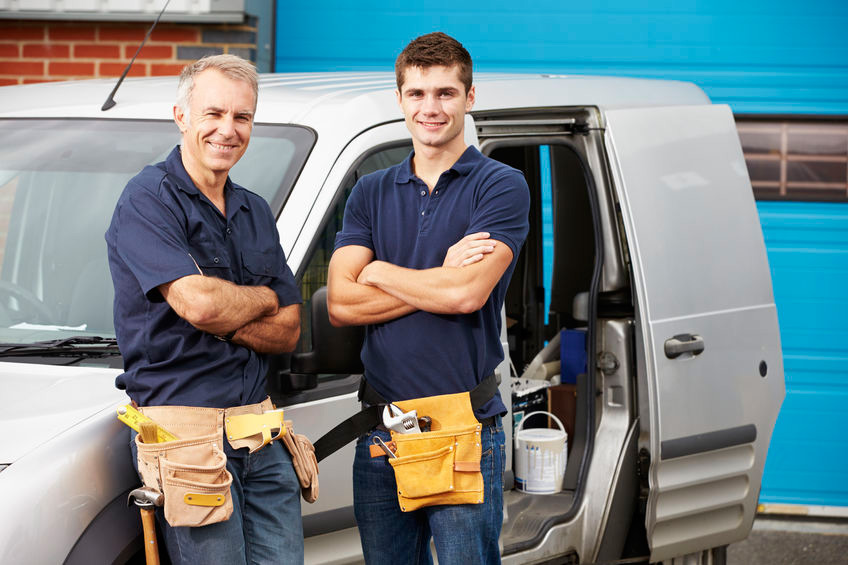 Owning and operating a small business is no easy feat. Add family to the mix and it can get even harder as Harvard Business Review reports that only 30% of family-run businesses survive to the second generation.

This made me wonder why some are able to defy the odds and actually thrive when family is heavily involved. And who better to ask than Ziad Kassab, a successful entrepreneur and business owner who works side-by-side with his parents, siblings, and other family members, growing their company by leaps and bounds in the process.

Although Ziad’s story starts out a sad one, his family has taken their heart-wrenching circumstances and used them to create a business that offers others hope, inspiration, and joy filled memories. A business that improves the quality of life for a large number of people who have found themselves in similar situations as the Kassabs and are looking for something better for their loved ones.

Ziad grew up in Dryden, Michigan—a small town with fewer than 5,000 people—where his parents, Sam and Faye Kassab, ran a local store. In 1993, Ziad’s 7 year-old kid brother, Danny, was struck by a passing car causing massive injury to his C1 vertebrae and leaving him paralyzed from the neck down.

Because Danny needed around the clock medical attention, the family had to hire an agency that could care for him in their home. And in the course of 12 months, they went through three different ones. What they found was that the lack of quality care Danny was receiving was ultimately affecting his health. In fact, in that year alone, he was hospitalized on three different occasions with pneumonia, the last of which almost took his life.

“Dad was pissed off, mom was sad, and we just felt like we had no control,” said Ziad. In an effort to lose those negative feelings and ensure that their son received proper care, Ziad’s family decided to start their own health care agency. This would allow them to hand pick and hire their own nurses so Danny got the care he needed and deserved.

A Family Business Was Born

“We named it Guardian Angel Home Health Care after the nurses who saved Danny’s life,” says Ziad. You see, at the time Danny was struck, there were three nurses who were inside the nearby church and responded immediately. One of them even performed CPR, ultimately saving Danny’s life – thus, his guardian angels.

Since that time, Guardian Angel, of which Ziad is currently Vice President, has added other services beyond home health care, such as private duty care, hospice, medical equipment supply, patient rehab, and non-emergency medical transportation. They have expanded into six different states (Michigan, Ohio, Illinois, Arizona, Nevada, and California) and they operate 17 locations.

Although Danny passed away in 2009, Ziad took the same passion that his family had for helping his brother and used it to start The D-MAN Foundation, which stands for Danny’s Miracle Angel Network. The D-MAN is a non-profit organization with a mission to increase the quality of life for people who find themselves in similar situations as his brother.

They do this through two distinct programs. One assists spinal cord injury patients with travel, such as by providing wheelchair vans and medical equipment to make it easier for them to go places whether by plane, car, or any other mode of transportation. Some of the events that the D-MAN has helped people participate in include Dreams Come True on Woodward, where spinal cord injury patients have the opportunity to ride in convertible cars during Detroit’s famous Woodward Dream Cruise.

The other program The D-MAN offers is music therapy which involves a music studio complete with equipment that doesn’t require the musicians to use their hands and feet. This process occurs with a music therapist and sound engineer so the person can record his or her songs in a way that “makes them healthier while doing it.”

How does Ziad manage all of these truly selfless and life-promoting business endeavors and yet still keep his head above water? With the help of his family.

About Working with Family

With roughly 600 employees, Ziad says that a number of them are family and friends. His mother and father are involved every day, his brother and sister assist when needed, and he has uncles, aunts, cousins, and even cousins of cousins that help make both businesses run so well that they are currently in the process of opening 10 new locations in the next 1-2 years alone.

His biggest challenge when it comes to working with family? Ziad states that it is finding the balance between personal and professional relationships with family members. “Family is forever, but business isn’t always.” For instance, while some family members work harder because they work for family, others might try to work less, potentially creating an issue that could hinder the relationship on both levels.

Ziad works to overcome this by “setting expectations at the beginning.” He goes on to explain that “It is saying, ‘I love you and will always love you, but I need you to work harder.’” After all, if the rest of the staff sees that family doesn’t care enough to offer the business their best, they likely won’t either.

Ziad credits his family’s ability to be successful while working together to treating everyone the same. In other words, you don’t treat family members better, showing them favoritism or giving them more than you would other employees, but you also don’t treat them worse, expecting them to do things that other staff isn’t required to do.

Do this and you will experience the biggest rewards ever: “loyalty, trust, and a sense of long-term commitment.” You’ll be able to work next to the people you love doing what you love, hopefully making the world a better place at the same time.

When asked what advice Ziad would give to other family business owners, he replied that you need to “set the tone about what to expect” and that it was important to “create a level playing field” among all of your employees, family included. And if you’re a family member, don’t take it personally if you’re treated like everyone else. This simply prevents problems in the business and allows it to run more smoothly as a result.

“I fully support people engaging family members, but there has to be a healthy balance.” Yes there does. And it appears that Ziad and his family has found it.

To learn more about how you can support The D-MAN Foundation (such as by donating gently used music instruments, sky miles, or even cash to sponsor trips for spinal injury patients) or to learn more about Guardian Angel Home Health Care and what it can potentially do if your loved one is ever in need of care, please visit their websites.