There are two ways to get your bosses to have a positive view of you. The first is to hobnob with them and curry their favor. The second is to make your unit stand out as a high performer.

The first approach may be quick and easy, particularly if you’re socially and politically adept, but it’s a shallow, short-term fix, and can backfire if your bosses are savvy.

The second approach is more difficult. It requires effort and know-how, but it’s a long-lasting strategy that will build your reputation as a good leader who can create transformational change.

The challenge is how to make this change happen. That’s where we come in.

We recently completed one of the largest studies of government efficiency in the last three decades, spanning 77 public-sector organizations—from small departments to entire cities and states—in five countries. A clear picture emerged of how managers at any level in government can dramatically improve their department’s performance. We looked at high, medium, and low performers and identified the differences between them.

Our biggest find? The highest performers in our study had reached levels of efficiency that rivaled the best private-sector companies anywhere.

How Did They Do It?

The big difference between the high performers and the rest was how they approached improvement. The high performers’ improvement activities took place on the front lines, led by lower-level managers. These managers created a culture where highly-engaged front-line employees were regularly solving problems and making improvements.

We came to call this front-line–driven improvement. This was very different from the approaches taken by the low-performing units, where most improvement activities were driven by mid- to upper-level managers or professional staff.

This insight is good news for any manager who wants to stand out. It means that almost every government manager can create a standout unit, provided they have the desire, necessary knowledge, and gumption. The front-line–driven approach to improvement doesn’t require the approval of higher-level managers because most of the changes are relatively small and within the purview of lower-level managers and their teams.

To better appreciate what this looks like—and the power it gives managers at any level of government to create change—let’s look at what happened at Denver’s Department of Excise and Licensing, one of the cases in our study.

Denver Licensing’s thirty-nine employees are responsible for issuing more than eighty different types of licenses, including everything from licenses for taxi drivers and security guards to business licenses for restaurants and liquor stores. It used to be one of the city’s “problem” departments because of excruciatingly long delays; average in-person wait times were one hour and 40 minutes, with maximum wait times of eight hours.

But under a new manager, in just 18 months, Denver Licensing was transformed into the city’s showcase department. Through hundreds of small ideas from the department’s front-line staff, wait times were all but eliminated.

Let’s look at two typical ideas that made this happen.

The first had to do with the computer and printer that was set up in the lobby so that applicants who needed to submit criminal background checks as part of their license application could conduct and print these checks themselves. The problem was that the specialized software used to run the checks was cumbersome and confusing. Customers were constantly getting stuck and having to ask a licensing technician for help. On average, this happened thirty-six times per day, with each incident taking about five minutes of a technician’s time.

A group of technicians came up with an idea: Why not create a simple instruction manual with screenshots and arrows to walk applicants through the process step by step? They did just that, and interruptions from confused applicants were all but eliminated.

A second idea also saved technicians’ time and eliminated many minor errors. When applicants arrived at the service counters and handed over their applications, which could include seven or more forms, the technicians had to enter this information into a computer. The problem was that the computer’s input screens were set up differently than the forms, which meant the technicians had to constantly flip pages back and forth to locate the next piece of information. Not only was this irritating and time-consuming, but it also led to a lot of input errors.

A technician suggested that the application forms be redesigned to line up with the computer screens. Such a simple solution, but it was incredibly effective.

First, they were spotted by people doing the work, not by their bosses. In a rapidly improving organization, ideas like these are the norm rather than the exception. Research has shown that 80% of an organization’s improvement potential lies in the creativity and ideas of its front-line employees. They are the ones closest to the processes and practices used to do most of the organization’s work, so they’re in the best position to drive the most improvement.

Second, although the solutions were simple and involved minor changes, they were repeated multiple times a day, so their cumulative impact was huge. The simple instruction manual idea, for example, saved five minutes of a license technician’s time for each avoided interruption. Multiply this by 36 times per day, five days per week, and 52 weeks a year, and you’ve saved more than 750 hours of technician time per year from this single idea! And remember: this was only one of hundreds of small improvements identified and implemented by Denver Licensing’s front-line staff.

Third, these changes were effectively invisible to higher-ups and outsiders. The local manager had the authority to implement almost all of these small changes without needing approval from her superiors. A front-line-driven approach avoids the bureaucracy and hassle that’s all too typical in management-driven improvements.

Our study showed that even lower-level managers have a lot more improvement power available to them than they might think—and it lies in the creativity and ideas of their front-line people. The bottom line is this: if you want to stand out as a manager, lead your unit in a way that lets your front-line staff help you to create a standout department. 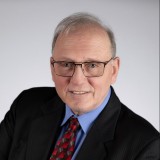 Alan Robinson and Dean Schroeder have helped hundreds of organizations in more than 30 countries improve their performance, including Cleveland Clinic, the Federal Reserve Bank, General Electric, the government of Singapore, Heineken, IKEA, Kraft, Liberty Mutual, Siemens, the U.S. Navy, and The Washington Post. They are the leading world experts in front-line idea systems and the bestselling authors of Ideas Are Free, The Idea-Driven Organization, and Practical Innovation in Government: How Front-Line Leaders Are Transforming Public-Sector Organizations. Learn more at alanrobinson.com and dmschroeder.com.

4 Benefits of a Talent-Centric Organization

How to Manage without Micromanaging

5 Tips on How To Productively Manage a Remote Team

Users Don’t Adopt, but People Do