Being a woman in a male-dominated profession can be hard. But as Mary Stapleton has found out, it can also be an advantage.

Mary is the owner of Ms. Sparky Electric and is an electrical contractor in the San Diego, California area of Encinitas. In a city as large as San Diego, there are many, many electricians. With so many options, standing out in whatever way you can is not only a good thing, but is also necessary to your business’s survival.

Being a woman-owned business in the home services industry has definitely helped Ms. Sparky stand out from the competition. She quickly found that women and senior citizens in particular find her much more approachable than her male counterparts. They trust her and appreciate that she speaks to them in terms they can understand and gives them straightforward pricing on the work performed by her company.

Since realizing that being a woman-owned business was something that people gravitated toward, she has played to that advantage. Her company’s logo references the Rosie the Riveter icon that was used during World War II to recruit women into traditionally male-only professions. Ms. Sparky’s service vehicles now have that image emblazoned on the sides as they drive around town. Mary says, “My logo draws a lot of attention and I get a big thumbs up almost daily driving around in my branded vehicles.”

She also made sure that her company has adapted to the changing needs of her customers. For example, when electric vehicles started filling the roads, Mary became a Tesla Certified Installer of Tesla charging stations and started installing electric vehicle charging stations of all types in the garages of San Diego homes. She also specializes in green technology when it comes to her work, knowing that more and more of her customers are concerned with reducing their carbon footprints. She replaces old lighting fixtures with energy-efficient LED lights, installs solar-rated electrical panels for homeowners wanting to take advantage of solar power, and consults with architects and general contractors on energy-efficient lighting design.

Currently, Mary says that “business is booming!” She believes that much of this is due to word-of-mouth marketing from past customers who appreciate the way she does business and the quality of the work she performs. It also doesn’t hurt that she has excellent customer reviews on sites like Yelp and Nextdoor, is in good standing with the California State License Board, and has an A+ rating with the Better Business Bureau.

So what’s next for Mary and Ms. Sparky Electric? Mary is working hard to continue to grow her business and hopes to hire additional electricians to her team in the near future. “I am trying to take a step back and focus more on my role as a business owner. I’m used to field work, so taking on all of the administrative tasks has been a challenge. But I’m learning to ask for help when I need it,” says Mary.

She also wants to use her position for the good of others. She says, “I feel a lot of pride in being a female electrician and would like to expose more young women to this trade as I become more of a manager and have the time to devote to mentoring the next generation of electricians.”

To find out more about Ms. Sparky Electric, visit their company website at http://www.mssparkyelectric.com/. 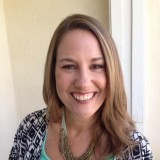 Women-Owned Business Certification: What is it and How to Register