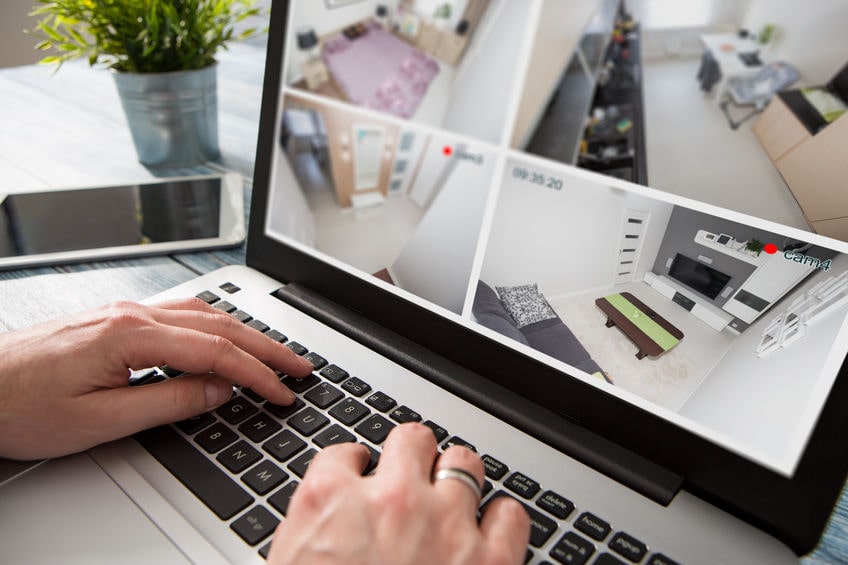 Between the years of 2000 and 2017, the largest number of active shooter incidents (42 percent) occurred at places of business according to data provided by the Federal Bureau of Investigations.

Of these 105 business-based shootings during this time frame, 65 happened at businesses open to pedestrian traffic and 10 occurred at shopping malls. But what was most shocking to me was that almost one-third of them (30 in total) took place at businesses closed to pedestrian traffic. Another 4.8 percent (12 incidents) played out at people’s homes.

These numbers highlight the fact that, even if you aren’t working in a large office building or some other place that is easily accessible to the public, it is still important to look after your personal safety. Not only from mass shooters, but from anyone who may be intent on committing a crime.

For instance, SimpliSafe reports that more than two in three burglaries (65 percent) occur between the hours of 6am and 6pm. I don’t know about you, but these are the hours that I am generally home by myself working!

So, what can you do if, like me, you spend your days at home alone tending to your business? Here are a few options to consider.

Okay, this one is pretty simple, but I’m still amazed to hear of the number of people who do not lock their doors when they’re home alone. Yet, according to a survey conducted by Eyewitness Surveillance, 63 percent of Americans fail to lock the doors to their house with any regularity. One in five rarely or never lock them when home.

So, it should also come as no surprise that one in three burglars actually enter their target homes through an unlocked door. Imagine that you’re sitting working in your office working and a thief enters your front door solely because it was open and they thought no one was home. What are you going to do then?

Not that a locked door is a guarantee that no one will be able to access your home while working by yourself, but it does at least serve as a barrier. A barrier that can provide valuable time if someone is intent on forcing their way into your home and you need to respond.

You might even be able to keep a criminal from attempting to enter your home in the first place if you have a home alarm.

Case in point: researchers from Rutgers University studied crime patterns in Newark, New Jersey and determined that homes with security systems were less likely to be hit by criminals than those that didn’t have alarms.

Admittedly, this option does cost some money, not only in installation costs but also in monthly fees. However, if you live in a higher-crime area or have any major concerns about your safety while working from home, it can also provide peace of mind.

Personally, I use ADT and, no, I’m not a paid spokesperson for them. I’ve just been super impressed by their level of customer service and when I tripped the alarm by accident—I went out to get my trash bins and forgot that I had set the alarm—they responded immediately.

Though I felt somewhat stupid, I also felt safe.

Get a Home Camera System

Another safety option for home-based entrepreneurs is to purchase one of those home camera systems. Ring is probably the most well-known, but there are several others out there, such as one offered by Nest, which is what I use.

The great thing about the cameras is that they alert you when someone is at the door any time of the day or night. Certain ones also allow you to interact with the person standing on your doorstep, which is wonderful if you want them to know that you see them or want to ask who they are without having to physically open the door.

I also like the fact that our camera system not only notifies me when it sees someone, but it notifies my husband too. So, in the unfortunate event that someone were to gain entry to our home while I was here and I couldn’t react quickly enough to seek help, he would have an idea of what was going on and could send help for me.

Pay Attention to Your Surroundings

In this day and age where most people would rather interact with their electronic devices than other people, it isn’t uncommon to see others walking around, head down, paying more attention to their smartphone’s screen than to what is going on around them. To a criminal, this makes you a prime target.

But these same type of behaviors can also put you at risk inside your home. If you’re so involved in what you’re doing that you fail to hear a door slam outside your window or don’t notice the blacked out vehicle that has been parked out front for hours, you may miss an opportunity to stop a crime before it occurs.

Some of the ways I stay aware of my surroundings are to keep noise to a minimum while I’m working (such as having the TV off or on low), glancing out the windows whenever I walk by them to see who is out there, and taking regular walks so I know what my neighborhood looks like, better enabling me to also recognize when something (or someone) is out of place.

The Goal Isn’t Fear, But Awareness

Now, the goal isn’t to make you a prisoner in your home or cause you to walk around your home in constant fear as to what could potentially happen to you as a business owner who works from home. Rather, after spending 15 years in law enforcement roles, my only objective is to remind you that your own personal safety starts with you.

In other words, it doesn’t matter how quickly the police can get to your residence should an incident occur, but more so that there are a few things you can do to reduce the likelihood that you’d have an incident to begin with. And these are just four to consider.

Equipping
How to Avoid Potential Injuries While Working from Home

Strategizing
Ways to Protect Your Small Business from Hackers

Strategizing
5 Effective Tips to Prevent Injuries in the Workplace

Equipping
How to Improve Your Retail Store’s Security

Equipping
Personal Protective Equipment Every Factory Owner Should Invest In