The Importance of Having a Backup When You Go to Resign 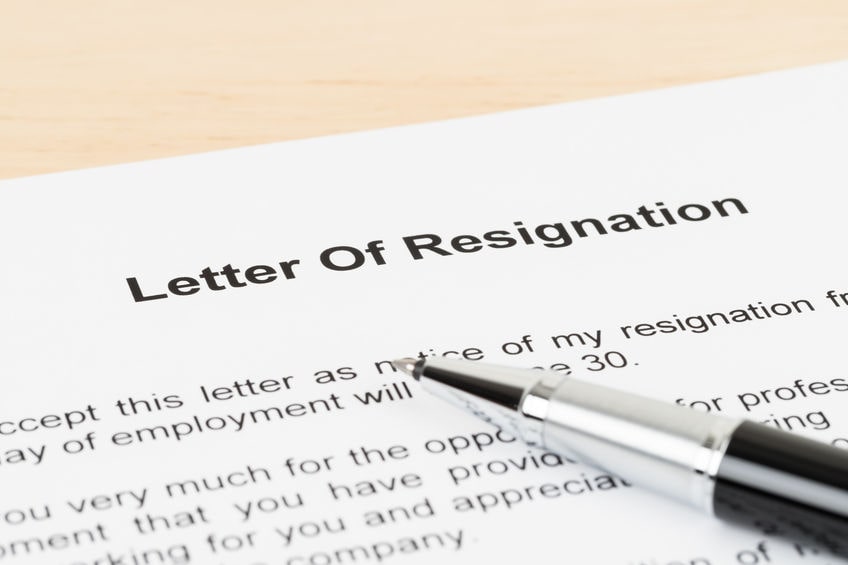 It’s 2:00 p.m. on a Friday afternoon and you’re about to approach your manager for the purpose of resigning so that you can take a position with a competing company. You’re fully prepared, having read up on how to get ready to quit and, even, about what your letter of resignation should say (or not). Because you also know what words to use when you resign orally, you’re certain the manager can’t throw you off your game. Everything is in place and should go according to plan, right?

Wrong! What many people changing jobs, and many companies doing the lateral hiring, fail to understand is that, unless there’s a resignation protocol already in place, resignation processes can often go awry. Be aware that a resignation gone sideways is the norm, not the exception.

Why? Two reasons. First, by definition you’re resigning to someone and, therefore, it’s impossible for you to control the moment completely. In other words, to actually resign effectively, it takes, as they say, two to tango. Second, sticking with our tango analogy, the dance you’re about to begin is charged with emotion.

I could go on, but you get the point. Your decision to resign can be thrown off by any number of factors.

Everyone getting ready to leave their company in order to go to the competition should insist that there is someone at the new company who is standing by to assist you when you go to resign. In larger companies, that person can be a professional human relations specialist or an in-house counsel. Many companies choose to have an outside lawyer, who is experienced in these situations, on call. What you, the departing employee, need to know is that the person chosen to assist must have the ability and the expertise to make on-the-spot decisions in real time. To that end, don’t be shy about contacting the person in advance to walk through some of the scenarios described above.

Also, when you have someone standing by, don’t be afraid to use them! Just because your manager wants you to hang out and talk things over, in almost every situation of which I’m aware, the manager can’t force you to stay in their office. I like to see the resigning employee who’s being pressured say something along the lines of, “I need to step out for a moment and think about what you are saying.” I do not recommend that someone in this situation announce that he needs to “call someone at the new company,” or worse yet, needs to “call my attorney.” Telling a manager to whom you’ve just given your resignation that you have backup in place because you were concerned about how the company would react is not a good idea. The manager already feels backed into a corner because your resignation has surprised her and she’s scrambling. Don’t add to those emotions by making her feel that she’s battling not only you but an army of backup support. Just tell the truth: You need a moment to think quietly, and you will return in a few minutes.

Finally, when you do come back into the manager’s office (and you should come back and not run away), be brief. “I hear what you said, but I’ve made my decision and need to get going,” is one of my favorites. “Please let me go settle in and then I promise to reach out to you at a later date,” is another good response.

What’s to be avoided, again, at all costs, is saying that you’re giving the response being provided “because the company told me I should say this,” or “my lawyer advised me this is all I need to say,” or words to that effect. Make them your words and no one else’s. The resignation room is hard enough to get out of when it’s just you and the manager; adding all sorts of other players can’t possibly help.

So, when you decide to resign from your position to take one at a competitors company, don’t be afraid to call backup because you never know how your resignation meeting could go awry.

by Steven L. Manchel, Esq. // Steven L. Manchel, Esq. possesses the highest possible attorney rating and has extensive national experience in recruiting matters, broker-dealer litigation, securities litigation, and complex civil litigation. In the employee departure arena, he has handled matters ranging from single employee transitions to the types of retention and attraction issues arising from large corporate mergers and acquisitions. The case study in his new book, I Hereby Resign (New Academia, Aug. 27, 2019), is used in a class in which he continues to lecture at the Harvard Business School. Learn more at manchelbrennan.com.

Equipping
7 Reasons You Need a Business Attorney on Retainer

Strategizing
Advantages of Hiring a Consultant for Your Business Growth Project