Should Your Business Start Accepting Cryptocurrencies? 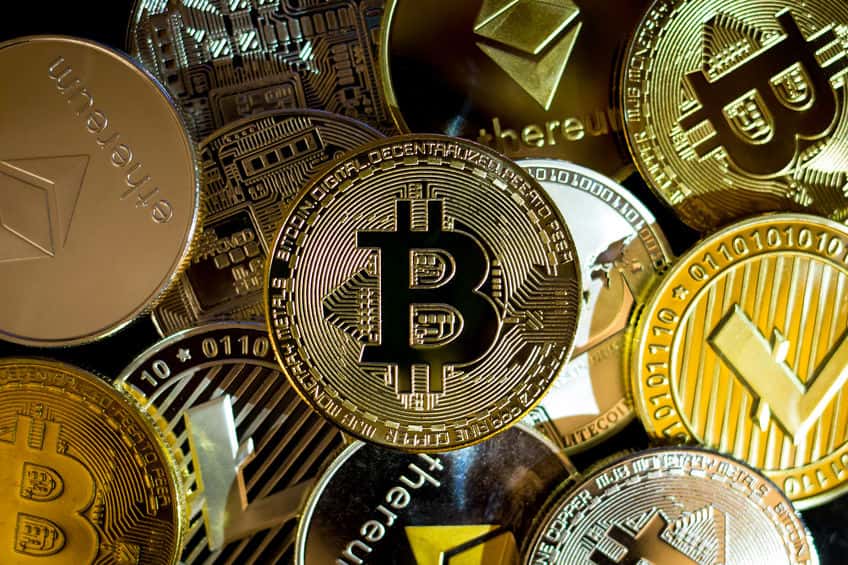 Cryptocurrency. Bitcoin. Ethereum. Blockchain. It all sounds very futuristic, but have you ever considered the possibility that it could be the future for your business? Do you even know what any of that actually means?

Cryptocurrency first began as an experiment into what would happen if a currency could be decentralized, and not under the control of any government. The first example of cryptocurrency appeared as “Bitcoin” in 2009. Bitcoin and other cryptocurrencies were confined mainly to economic libertarians in dark corners of the web, looking to invest in a radical new concept for the economy of the future. It quickly caught on and grew massively in popularity and value, peaking at nearly $20,000 in late 2017. These days, most people have heard of Bitcoin, and a lot know that Bitcoin is a type of cryptocurrency, but that is the extent of their knowledge.

You’ll read a lot of complicated definitions of what cryptocurrency is exactly, but essentially, cryptocurrency is virtual money that is created, and secured via a network of separate computers, meaning that it is not stored in any one particular place. Cryptography– complex randomly generated chains of codes– are used to prevent duplication, theft, or fraud of any kind, hence the name ‘crypto’ currency. This means that cryptocurrencies are very secure and can be transferred directly between two parties without the need of an intermediary bank or card company.

If cryptocurrencies are so great, then how come I can’t spend them in regular stores? The truth is, that actually you can! Starbucks started accepting crypto payments via the Flexa app back in mid-2019, and they aren’t alone. Whole Foods, GameStop, Bed, Bath & Beyond, Nordstrom, Office Depot, and Barnes & Noble have all trialed accepting cryptocurrencies in locations across the US. More recently, retailers in China, including McDonald’s, have also begun accepting the payment method of the future.

At first, you may not have noticed something that each of the brands mentioned above have in common. Whole Foods and GameStop couldn’t be more different from each other, but what they do have in common is that they are household names. Big brands with bigger budgets and influence over the average consumer are taking the first steps into normalizing cryptocurrency. These are the early adopters who can see the benefits and are willing to go out on a limb to experiment. As with all new technologies and trends, they start off niche, then get taken on by the big players who can afford to experiment, before finally moving into the mainstream.

What Incentive Does My Business Have for Accepting Cryptocurrency?

One of the main benefits of crypto from a business perspective, is the low fees. While credit card companies take a relatively large cut from every transaction, cryptocurrency transactions come with much lower fees. Banks who charge you a fee for keeping your funds in a business bank account are no longer needed as most cryptocurrency wallets are free to use. This means that your business can claw back a percentage of your usual overheads and have an increased profit margin.

There’s also a much, much lower chance of fraud. Fraudsters often pay via credit card and then use the chargeback function to scam businesses, but this can’t be done with cryptocurrency. Once a payment is made, it can’t be reversed, meaning that you’ll have absolute control over what comes in and goes out of your wallet.

Some people worry that cryptocurrency is something associated with illegal activity, and while some unsavoury characters did pay attention to cryptocurrency for a while, the truth is that there is far more shady business conducted with cash than crypto. Plus, Bitcoin has proven itself to be easily traceable by government enforcement agencies.

It’s also worth considering that cryptocurrencies can fluctuate wildly in value, but a lot of this is due to them still being a relatively new concept, and, as such, are more subjected to the whims of the market. If, for example, you were to start accepting Bitcoin as a payment method, it would be wise to only have a certain percentage of your transactions taking place using the currency until you get a feel for the market. Take a leaf out of the traders’ book and start small; most Bitcoin trading strategies involve a small initial investment before taking the plunge and going all in.

Finally, there’s the boost to your reputation to consider. We talked earlier about how household name brands have already adopted cryptocurrency payments but imagine if your business’ name could be mentioned in the same sentence! Tech companies wanting to put their money where the mouth is, or fashion brands on the cutting edge could benefit from the credibility of taking on a new technology. Even a simple Mom and Pop bakery could benefit from the increased exposure and gain a whole new raft of customers by putting themselves on the map with cryptocurrency.

When the benefits of crypto include low to no fees, and a higher degree of control, it makes sense to become an early adopter. But change is scary. Contactless payments took years to be adopted en masse, so why should cryptocurrency be any different? Why not let Starbucks and Nordstrom do all the hard work? Why you? Change may be scary, but perhaps your business can be the friendly face to guide your customers into the future.

Equipping
Business in Crisis? Now’s the Time to Rely on Lean’s Basics

Leading
Silicon Valley: A Dream Come True for Tech and IT Students

Equipping
Will a University Degree Benefit You in the Business World?

Moneying
4 Benefits of Cryptocurrencies for Business