Craft Beer and Your Business 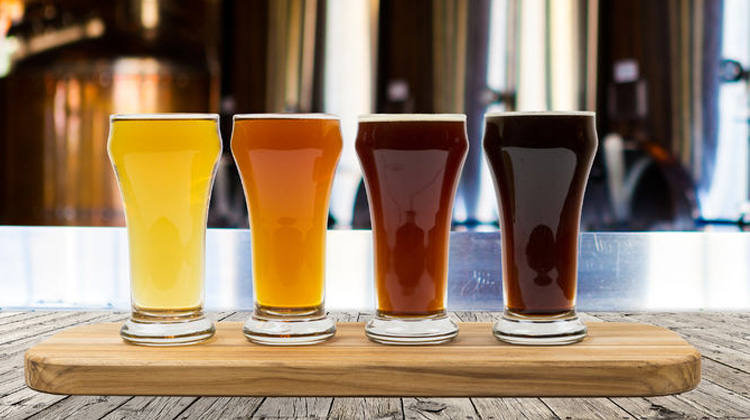 Craft beer makers can constantly re-create themselves and cater to their local markets.

Big businesses might penetrate the locals-only mindset, even if unlikely to do so, by setting up sort of local offices or branches that recognize uniquely local needs and characteristics, and then sincerely seeking to provide them. And this is inherently difficult for a big business to do. Consider all the time and treasure invested in building a brand, consistent across large platforms, and building systems that are not only workable but highly, if not perfectly, repeatable across the world. McDonald’s for example, is of course famous for a cheeseburger in Seattle tasting exactly like a cheeseburger in Tokyo.

An interesting example in my recent experience is with Starbucks. We must have at least six I can think of at the moment that my friends and family regularly patronize (and for me “patronize” often means “set up for half the day with headphones,” as what I call “ivory tower time” is an essential, I find, from time to time in the business of writing and publishing, and the heavy doses of caffeine do not hurt, either). They are all roughly equidistant, believe it or not. My favorite by far has been the one at Indialantic Beach (Florida). As you stroll in from the parking lot you’re afforded a glance across the small paved road and over the beach and out through the vast expanse of the blue Atlantic Ocean with the accompanying gentle crashing of waves. Along with that of course there are the beachgoers, whom I seem to somehow live vicariously through in ways. It’s somehow fun to watch people doing what you like to do.

Until recently, this Starbucks was, as are many establishments around here, full of local flavor. There was a surfboard on a bulkhead and other accouterments, making this store seem like the sum of Indialantic Starbucks = Starbucks + Indialantic Beach. Well, someone somewhere within the organization must have decided this store needed a major renovation, which it received (at some significant sum, of course) and my favorite Starbucks is now glitzier, darker and more modern, with a much improved walking flow around and up to the registers, and new furnishings including the ubiquitous large, wooden meeting tables the newer coffee shops have. Beautiful. But I’ve noticed I go there less. It’s now the sum of Indialantic Starbucks = Starbucks, and Starbucks alone. While it seems like one of the nicer, newer, Starbucks, it’s no longer got practically any local flair.

And it might not even be a mistake. But the real point here is what advantages we have as little guys, if we recognize, capitalize on and preserve them.

Be Nice to My Wife

In another Starbucks anecdote/metaphor, my wife became so regularly seen at the Palm Bay Starbucks each morning the effusive barista working the window started greeting her, well, effusively. “Hi Hon—Your same today?” she’d ask. My wife loved it. But she went back one day and this same barista was sort of reserved, sort of glum.

“What’s going on, anything wrong?” my wife asked.

The barista explained a memo had come down prohibiting over-effusive banter with clientele. Wow! What a horrid mistake by what I assumed was probably a simpler-minded middle manager someplace, more concerned for his or her neck than an overarching awesome experiential coffee deal, like a more local-based decisional process might create and preserve! Yikes.

We were actually mad about it. I was so mad I almost wrote a letter. I wrote an article instead, months later.

In fairness, we still love all the Starbucks around us (except I grind organic coffee at home as much as possible), but man, what a shame to have a very cool, local kind of thing going on and squash it. In fact, there used to be a taco joint in the mall manned by surfer dudes and that’s why we went there!

My favorite places to go unwind are several comfort food (but I do eat healthy most of the time I swear!) establishments, including The Broken Barrel in Palm Bay and one of five Longdoggers restaurants in the area. Each seem wildly “local.” Each serves locally-brewed craft beer, too.

And the thing about craft beer in relation to understanding how your small business or practice can adapt and change and thrive is that local brews are cool in large part because they’re local. As soon as a mass-market brewery duplicates one (if they ever do) your local brewer can have three more brews the big guys can’t keep up with. Your local microbrewery can rotate menus, adapting to client preferences almost instantly while also enjoying the luxury of experimenting with new flavors all the time with instant feedback.

It’s like a micro-niche in that by finding or creating one you limit the market size and can be a big fish right away, if not become the only player in a new market of your own creation, by offering something no one else does (yet, but they will).

A book does this, the positioning mentioned. But we also encourage “local” flavors in your book(s). Think the book, FISH! Philosophy, about the iconic Seattle-based  Pike Place Fish Market, for example. But people, in this age, also appreciate knowing where you are, what you like, what time is it over there? We’re fascinated by the spoils of a smaller, more connected world vis-à-vis the digital age. And these details make you human. As marketing gets more ubiquitous, more in-your-face, and the dinosaurs of confrontational sales are still dying off, it’s relationships we look for, after all. It all traces back to John Nesbitt’s “High-Tech High-Touch” principle from the seminal Megatrends. Real estate pros have always known real estate is “local.” So should we all.

Don’t even try to be like the big guys,—they move like dinosaurs. Be yourself. Be unique. Decide upon and stick to your own values and vision, and consider local aspects when determining them.

Marketing
Should Your Business Prepare for Voice Search?

Marketing
The Benefits of a Mobile-Centric Marketing Strategy

Leading
The Power of Giving Back: How Small Business Owners Can Become Community Leaders

Entrepreneuring
Book Publishing Made Easy: 3 Things to Get You Started

Audio Interviews
Advise, Advocate and Collaborate: An Interview with Mark Grisafe of M. Grisafe A...