How the NFL Makes Money 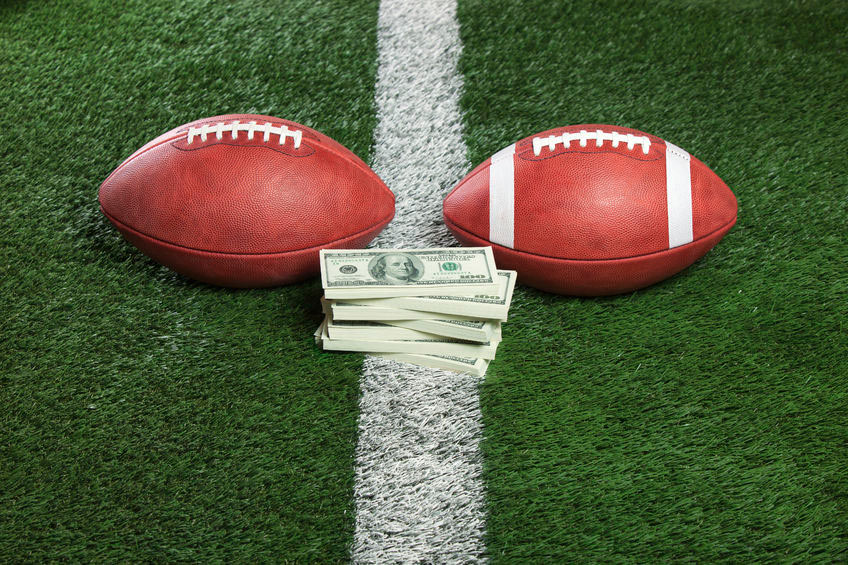 For many businesses, 7.3 billion dollars would be enough, but the NFL is fairly open about its desire to bring in even more. The commissioner of the NFL, Roger Goodell, has repeatedly stated on the record that his goal is to grow the league’s revenue so dramatically that, by the year 2027 it should be a twenty five billion dollar industry. That’s a lot of money!

There is a lot of speculation about why Goodell is so focused on such dramatic growth. Some speculate he wants to increase his own paycheck–which many think might already be too high. Others worry about what that excessive income will do to the purity of the sport. Either way, everybody can agree: there is a lot of money to be made with football.

What might surprise readers is where all of that money comes from. Many probably assume that the vast majority comes from ticket and merchandise sales, the way that most other sports and entertainment companies earn their money. The National Football League, however, earns the vast majority of its income via television.

According to Investopedia, two-thirds of the NFL’s income is earned via television revenue, almost all of it national in scale, thanks to nationally televised programs broadcast live on whichever of the major networks bid highest to be able to carry the game coverage on its airwaves.

The contracts these stations and companies have with the National Football League expire every few years, which allows the NFL to renegotiate rates and you can be absolutely sure that they’re never going to negotiate for less than what they’ve gotten in the past. For example, one major satellite company’s one billion dollar deal just expired, so watch for new types of sports packages to pop up as the company attempts to make up whatever contractual increase they’ll have to agree to, in order to beam games live into subscribers’ houses.

What makes the television revenue so significant, aside from its monetary value, is that a significant chunk of that revenue is generated from the aforementioned cable packages. Cable packages are gaining incredible momentum as revenue streams. Why? Because studies have shown that many people who choose to watch the games on television do so via DVR so that they don’t have to watch advertisements.

This means that the value of the commercials during the games, with the Super Bowl being the exception, is slowly shrinking, which is making it hard for the NFL to justify charging so much for game time ads.

To make up for this loss in revenue, cable and satellite companies are setting up premium “sports packages”–like the kind you will find on this site–to make up the difference. Sports packages are a boon to superfans of the league and the league itself.

This article is presented by SlideModel.com, a fast-growing catalog of PowerPoint templates & 100% editable slides for business presentations.

Mobile Getting In on the Game

It is also worth noting that the National Football League is also exploring their mobile options. This is because more and more viewers are choosing to watch games via live webcasts accessed via their phones and other mobile devices. According to Forbes, the NFL has been talking for a while about trying to form its own mobile network. They recently closed a one billion dollar deal with Verizon to allow Verizon phones to carry an “enhanced version of the NFL app on their phones.”

And, of course, webcasts can run ads that users can’t block or skip the way they can with DVRs. The advertising revenue from webcasts is nothing to sneeze at.

Finally, though it is definitely not the league’s leading source of revenue, it is worth noting that Fantasy Football does contribute some cash to the NFL profit margin as well. While the vast majority of the betting that happens during fantasy football season lines the pockets of a very select few, some of the revenue earned from fantasy football comes from the advertisements that air during fantasy games the NFL runs on its own website.

How long that lasts is debatable, because fantasy football encourages gambling (profitable gambling for some) and the league’s anti-gambling stance is flimsy at best. It’s hard to be staunchly anti-sports-betting when you’re running fantasy games on your own site.

So there you go: ticket sales and merchandising are nice, but the real money–for the NFL at least–is in television and media.

Marketing
Why You Need to Pay Attention to Mobile Marketing

Moneying
The Multiple Revenue Streams Of The NBA

Marketing
The Significance of SEO In Web Development and Design

Moneying
The Present Situation of the Car Rental Business in UK: Understanding Problems a...

Moneying
How to Deal with Short-Term Cash Flow Issues