9 Reasons I Love Being a Solopreneur 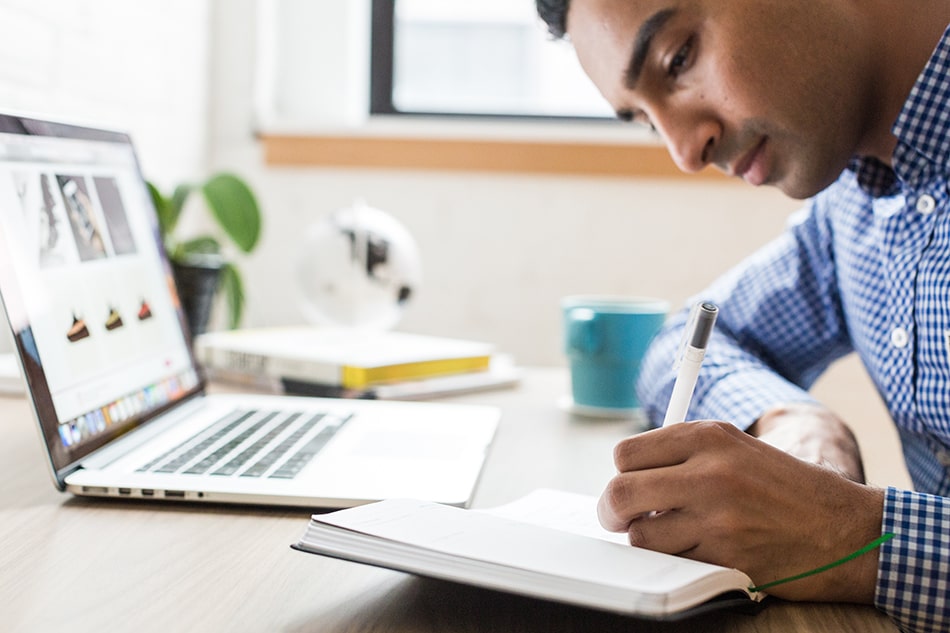 In early 2012, I became what I’d call an “unintended solopreneur.”

Whereas some solopreneurs have always dreamed of working by themselves and for themselves, I’d actually never planned to take that kind of path. In fact, I was more than happy in my day job earning a paycheck while serving my local courts as an Enforcement Officer.

That is, until I found myself in the position where I had to make a decision.

My now-husband, then-boyfriend had been offered a job on the other side of the country. So, if I went with him, I either had to look for a new job in a geographical area I knew nothing about (yikes!), or I could make a career on my own. Because his job involved a lot of potential travel, we decided I’d do the latter, giving me the freedom I’d need to go with him to new and exotic locations if I desired.

Here I am now, more than six years later, and I can honestly say that, despite all of the long days and sleepless nights I’ve had while trying to figure out how to successfully build and grow my writing business, that was one of the best decisions I’ve ever made. Why? Because there are a number of benefits associated with being a solopreneur.

No Employees to Manage

I’ve been in leadership roles before—such as when I was a Lieutenant in charge of my Sheriff’s department’s reserve officer unit—and, while I always did my best to serve those on my team, there were times it felt a bit overwhelming. Like when I had to make sure we had all of the special events fully staffed or when I had to talk to a reserve who wasn’t meeting the minimum mandated requirements.

Though I have no problem stepping up to be a leader when necessary, I have to say that I sometimes relish the fact that I’m not in charge of anyone but myself. No more worrying that everyone else is doing what they should be doing or when they should be doing it. Instead, the only one I have to look after is myself.

In fact, the only time I tell someone what to do now is when I ask Alexa to play my favorite playlist. And since she always complies, and pleasantly I might add, we get along just fine. Speaking of getting along…

Ever have a job where one co-worker doesn’t get along with another? Or what about being in a position where it was you who butted heads with another employee?

Either way, these types of conflicts can take an 8-hour work day and make it feel like an eternity. A work day where you’re just watching the clock and wondering how much more you can take before you finally crack and just walk out.

This takes a lot of stress out of the work environment. Sure, it can get lonely from time to time, but that’s when I take a moment and think back to all of the times I heard former co-workers having a spat. I’ll take my alone time over that any day.

No Interruptions or Social Distractions

When I had my 8-5, there were several times people would walk into my office to either ask a question, give me a new project to do, or just want to chat socially. While all of these are normal parts of working with others and I didn’t always mind, if I was involved in something that needed my focus, I had no way to avoid these interruptions. Sure, I could close my door, but then the person would just knock and I was right back where I started.

Now if I need to concentrate on one of my writing projects, all I have to do is turn off my phone and I can have as long as I need free from interruption. Sure, I get the occasional salesperson at the front door, but I can tune that out because I know that I don’t have to answer it and it’s not a social call. This enables me to get my projects done faster and more efficiently because I’m not being stopped every few minutes.

Admittedly, this is somewhat contrary to some bits of research, as one study co-conducted by the University of California, Irvine and Humboldt University in Berlin, Germany found that when people get interrupted, they usually overcome these interruptions by working faster, thus completing their tasks in less time.

However, this study also found that those who had to make up for these interruptions also reported feeling more stressed, frustrated, and pressured time-wise…all while having to expend more effort. Um, no thanks. I think I’ll pass.

No One Is Second-Guessing Your Actions or Decisions

Granted, this can be a con as well as a pro because having no one looking over your shoulder also means that there is no one to stop you if you are about to make a stupid move. And God knows I’ve made my fair share of dumb moves while figuring out how to run and grow my writing business.

But I also know what it’s like to work for an employer who seemed to always be questioning what I did, how I did it, and why I did it. Even if I made the right moves for the right reasons, it still wasn’t a good position to be in.

As a solopreneur, I no longer have to justify my actions to anyone but myself. No more second-guessing whether I was able to do the work the way my employer wanted me to because I am my employer and I know exactly what I want!

Some days I need complete silence to do my work; others I like to have some background noise. I’ve not totally pinpointed which factors dictate what type of environment I need to do my best work, but I have discovered that it often has to do with whether I’m writing about a topic completely new to me (quiet environment please…I need to focus!) or whether it’s something I’ve written about a ton of times before (bring on Law & Order reruns or a movie I’ve seen before, playing softly in the background because I need a little noise).

If I was working with others, I wouldn’t necessarily have the luxury of setting the level of noise around me. One, I’d have to consider what works best for them too and, two, someone else may not care what works best for me, leaving me to figure out how to work effectively when the room is too quiet or loud.

As a solopreneur who works from home, I have a great deal of control over what is going on around me. Well, except for the days the neighbors want to mow the lawn or the dog down the street seems to be barking nonstop.

Those you just have to kind of deal with, which is when I’ve learned that putting on headphones typically does the trick!

I’ve been involved in businesses that have employees and, depending on what type of business it is, a lot of liability can sometimes be involved.

For instance, my aunt owns a bakery, which means that some employees interact with potentially dangerous equipment (like hot deep oil fryers and extremely sharp meat slicers). And that doesn’t even count the liability that exists when you have staff who deal directly with the public. One wrong word and you can find your business in tomorrow’s newspaper headlines.

Yet, when you work for yourself by yourself, the only one you have to worry about is yourself. Not only does this give you complete control over how much you expose yourself liability-wise, but it also means that if no one else can put the business you’ve worked hard to create at risk of a lawsuit. This can ease a lot of stress right there.

Another thing I like about being a solopreneur is that I have greater control over the interactions customers have with my business. Though I hope I’d hire top-notch employees if I had a company that involved more than just me, I also know that sometimes bad apples have a way of slipping through the cracks.

Okay. I know this makes me sound like a control freak, but my clients are extremely important to me. Without them, I wouldn’t even have a business. So, the more I’m able to ensure that they have positive interactions when dealing with my company, the more comfortable I am with the idea that my business will exist as long and as strong as I’d like.

My Profit Is Mine and Mine Only

In reality, I’m not really a money-motivated person. Brand names don’t usually mean anything to me and, as long as I can pay my bills and stow a little cash away, I’m a happy girl. What keeps me going, by and large, are more of the other benefits of solopreneurship.

That being said, I do appreciate the lower stress levels I have in knowing that I can control my own income based on the rates I set and the number of hours I choose to work. If I need more cash in the upcoming month, then I simply schedule more projects. Problem solved.

And I’m also all for sharing profits if someone helps make my company a success. But, there is also something completely satisfying about knowing that if I am working my butt off by getting up at 3 AM and working until 8 PM, I get to reap all of the rewards.

This helps make super long days worth it because I know that my bank account will show the results in the end.

I Have Complete and Total Freedom

This includes being able to develop my business according to my vision and goals, working at times of the day when I’m most productive (which is usually in the morning, but sometimes later), and having the opportunity and ability to pick my own clients.

I’m not going to lie, being a solopreneur isn’t all kittens and rainbows. There are a lot of days when I ask myself why I don’t just go out and get a “real job.” That’s when I have to take a moment and sit back and remember what it was like to work for someone else.

I remind myself how disappointed I was when I was denied time off to take an all-expenses paid trip to my husband’s work Christmas party. I recall how infantile and distrusted I felt when I had to sign out to use the restroom and how frustrated I felt when I could clearly see how I could improve my results, yet I wasn’t granted permission or the ability to do it.

It’s difficult to explain just how good this freedom feels. But if I ever found myself imprisoned and then set free, I would guess that it is pretty close.

Strategizing
How to Identify the Target Audience for Your SaaS Startup

Strategizing
How To Keep Your Customers Happy

Strategizing
Importance of Supply Chain Management for the Success of Businesses

Strategizing
Tips for Restaurant Owners with Businesses Impacted by COVID-19