When to Crowdsource and When to Make an Executive Decision

Leadership is complicated. While a good leader will always solicit and consider input from the team, there are also times when a decision needs to be made quickly and firmly without outside influence. Deciding when to use each of these approaches is one of the hallmarks of good leadership. So, how does a leader know when it’s best to crowdsource a decision and when to wield executive power?

Part of being an effective leader is knowing how to be fluid with different leadership styles and when to use each style for the benefit of your team. There are times when you need to be firm, clear and independent, while there are other times you need to blend in with your team as a fellow colleague and not “the boss.” There are other times still that you need to blend into the background and become a fly on the wall, letting your team flourish and blossom in their own right, without the heavy formality of leadership. Great leadership takes many different forms, and nowhere is this truth more apparent than during large-scale decision making.

There are two extremes of decision-making. At one end, you have top-down, unilateral directives from a business owner or manager. At the other end of the spectrum, there are more democratic decision-making processes in which the team comes to a consensus and the employees make a choice without much, if any, input from higher leadership. And, of course, there are a number of variations between these two extremes. A leader can consult his team and consider their input, but maintain power over the final decision. A leader can also present several options to the team, which allows the leader marginal control over the outcome. There are several factors to consider when deciding which approach to take with a business decision.

How quickly does this decision have to be made? Naturally, if you’re on the phone with a shareholder and she’s asking for an immediate answer, you aren’t going to have time to consult with your team. The timeline for a decision has a serious impact on your ability to involve your employees.

When compared to unilateral directives, group decision making obviously requires more time, effort and organization. Exponential factors come to the surface when you include team members in decision-making, and those factors have to be addressed and considered. It’s rarely a quick conversation, especially if you have a larger team. You don’t want to end up mid-discussion with a looming deadline, so carefully consider whether or not you have time to source opinions from your team before you open that conversation.

This is a complicated one. On the one hand, if the consequences seriously affect the job duties or livelihoods of your employees, it’s important to include the team on that decision. On the other hand, if the survival of the company could be directly affected, it might be the kind of thing you want to keep to yourself.

For example, say you’re considering the launch of a new product. This is going to mean a dramatic shift in duties for your developers. The consequences of this decision—not only if you launch a new product, but what you launch, when and how—will directly affect these team members, so it would be worthwhile to include them in discussions.

How much does your team already know and understand about the implications and nature of this decision? If your team is going to need a full-day training on all the factors of the business that this decision impacts, it’s probably not worth anyone’s time to get them up to speed. Furthermore, if they need this much background information, the problem is probably complex enough that a unilateral executive decision would be appropriate.

Additionally, the complexity of your decision might be localized—as in, you might need to consult an expert on your team or even an outside expert. As a manager or business owner, you might not be the best-equipped to make decisions about web security or trademark laws. Instead, you might want to consult a member of your team with a programming or legal background. In this way, the complexity of the decision might even require you to solicit team input.

Not a Perfect Equation

When considering these three factors, there is no perfect equation. A situation with a short deadline that is highly complex is likely to require you to make an executive decision. A situation with long-reaching consequences and relatively low complexity, with plenty of time to make the decision, might allow you to include your team’s input. These factors are never static or even easy to measure.

In the cases where an executive decision is most appropriate, it’s extremely important to be clear and direct when delivering your decision. You alone, as the business owner or manager, have to handle the fallout from the decision—whether that means praise and gratitude from the team or derision and frustration. Additionally, don’t apologize for making a unilateral decision—if you assessed the situation and made a call on your own, your team needs to trust and respect that call.

When a decision does lend itself to group decision-making, the benefits far outweigh the challenges. Coming together to make a decision can really cement the bond and working habits of a team. Additionally, employees are likely to feel more invested in a company where their voice is heard and they are included in large-scale decisions. This investment ultimately means greater productivity and employee loyalty. Ultimately, it pays to solicit your team’s input when possible. 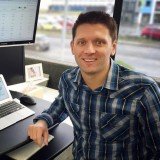 Simon Slade is CEO and co-founder of Affilorama, an affiliate marketing training community; SaleHoo, an online dropship and wholesale directory; co-founder of Smtp2Go, an email delivery service and investor in SwiftMed, a virtual GP clinic. Through these companies, Simon provides the education and resources for ecommerce professionals to start their own businesses and achieve occupational independence. Simon can be followed on Twitter and LinkedIn.