The Mysterious Story of the Escape Room Business 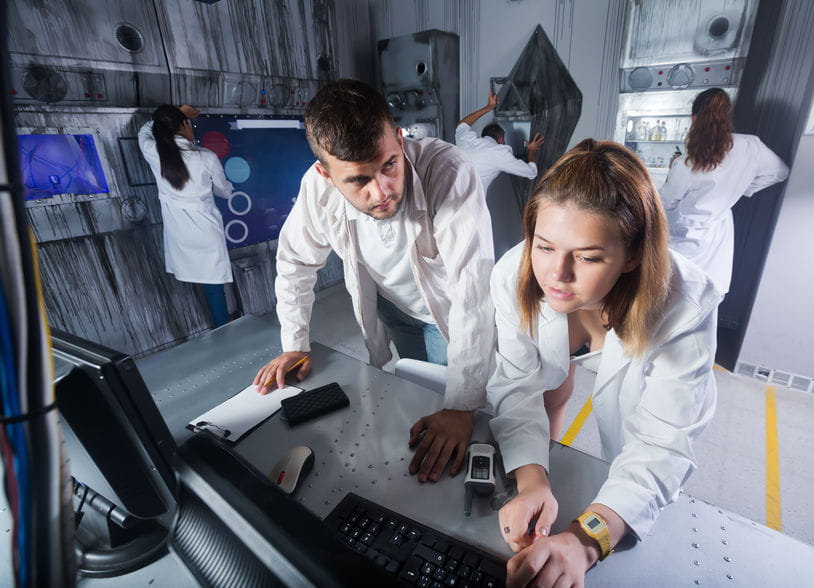 Are you a dreamer who is looking for new adventures and puzzles all the time, or someone who is seeking to leave the world behind for a brief period of time? With a rapidly growing escape room industry, these dreams can come true. Players can have an unforgettable hour in the jungle, learn tricks in the school of magic, or find themselves in the most terrifying horror story. How did all this come to be? And is the escape room business going to survive in a fast-changing entertainment world?

The Development of Escape Rooms

The story of escape rooms began in virtual reality. There are video games where players find themselves within an interactive story driven by solving puzzles. In 2007, they were so popular that a Japanese entrepreneur thought it was a good idea to bring such games to real life and built the first escape room. The idea was to create a locked room where players had to tackle tricky puzzles in order to escape from it.

Two years later, the so-called “1-hour-escape” games came to Europe. Budapest was among the first cities with escape rooms. The games were pretty good, but very simplistic. Customers were given 60 minutes to escape from a locked room by solving puzzles. There were locks, small notes, and far less electronics inside a game than there are now. Still, it was a new kind of adventure and an exciting type of entertainment.

The real breakthrough for the industry happened in 2013, when escape rooms came to Russia. The most popular escape room settings those days were hospitals, morgues, banks, or prisons. They were quite easy to build; the startup capital was only from $2,000, with the payback period of 1.5-2 years. Not bad for beginners, isn’t it? In Moscow, only a year later there were more than 800 escape rooms, but virtually all of them were low-budget arrangements. The demand for new escape room settings and puzzles was growing fast. Settings and premises became more diverse, puzzles were gaining in difficulty, and there emerged complicated electronic systems and surroundings. Escape rooms became a new world inspired by movies, adventures, books, and even wine.

Following the outbreak in Russia, the escape room boom came to the US, and now it is happening in other parts of Europe.

The time required to start an escape room business reduced dramatically. Escape room factories began to build puzzles and turnkey escape rooms. Now it is possible to go from idea to opening in just 2 months.

What Is Going on Today?

For those who started back in 2013, the escape room industry is now a franchising and aggregator business. Larger escape room chains absorbed smaller ones, and the franchises are being sold to various countries online. Escape room experts expect this trend to go global very soon.

Seed capital now is about $30,000 only for escape room equipment without the facility itself. The competition has done its job. Now, escape rooms come with intricate sensor systems,and decorations are ever more numerous and lifelike. The most popular escape rooms are inspired by popular TV shows and movies. Escape room architects work with lighting, artists, and musicians, experimenting with cutting-edge materials to produce one-of-a-kind settings.

Escape room owners are now ambitious and creative professionals who are having a lot of fun at work. Is the business still profitable? Yes, for sure. Escape rooms promise to become something like movies are now: immersive, unique, and impressive.

Entrepreneuring
4 of the Best Cities to Start a Business