How to Avoid a Career Crash Due to Cognitive Bias 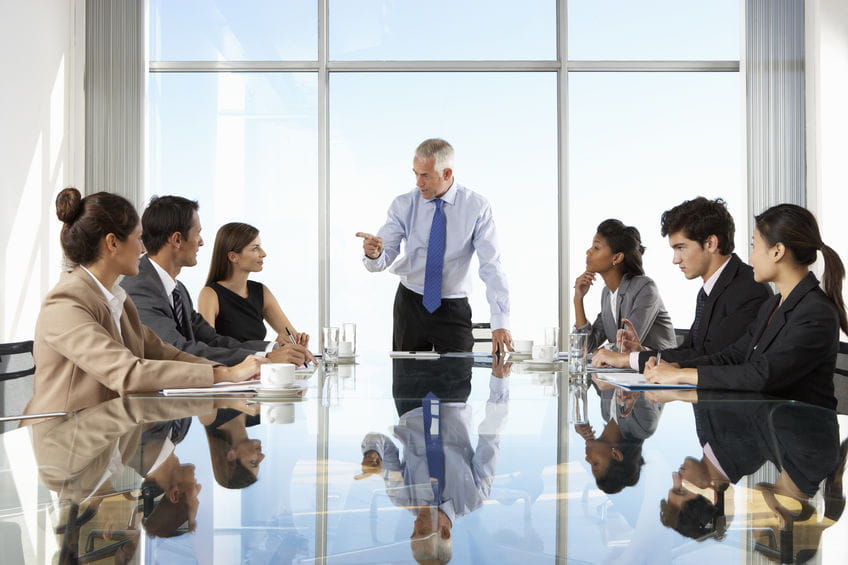 A few years ago, after my closing keynote for a manufacturing association conference on how manufacturing leaders can avoid business disasters, a man in his late fifties came up to me looking distraught and agitated. I hoped he wasn’t angry with something. He introduced himself (I’ll call him Mark here) and wanted to know more about one of the judgment errors I discussed, the MUM effect. There are many dangerous judgment errors, or what scholars call cognitive biases, but this one can be particularly damaging to a career. It’s a “don’t shoot the messenger” fear that inhibits those lower down in the organizational hierarchy from passing bad news up the food chain: no one wants to be blamed for bad news. In my experience as a coach and consultant I’ve seen the MUM effect trip up successful companies and leaders time and again.

The Price of Silence

Mark had his own story to tell. Being the CEO of a successful manufacturing company for over twelve years, he shepherded the company through the hit of the 2008 Great Recession and believed he was steering the firm back to solid ground. But in March of 2010, the Chair of the Board of Directors unexpectedly called him in for a meeting. The Chair noted several accounting discrepancies and said the Board had received several anonymous complaints over the past year. Upset and completely surprised, Mark promised to look into it, agreeing to coordinate with two members of the Board who had accounting expertise. Mark and the other Board members were shocked by what they found. The CFO and others in the accounting department had been hiding serious losses using the same kind of tricks deployed by Enron and WorldCom. Mark took action, firing the CFO and the other accountants implicated. But further investigation revealed that the accounting problems had been going on well before 2008. Worse, the overall culture of the organization prompted people to stay mum — whether in the accounting department, customer service, or operations. Safety problems were swept under the rug, and customer service failures were never reported.

From Problem Solver to Problem

The values of the CEO powerfully shape company culture. Without realizing it, Mark had encouraged complacent behavior by rewarding those who reported good news and punishing those who reported bad news. It’s an all-too common trait for many business leaders and often goes unrecognized. Throughout Mark’s tenure, he had grown increasingly cut off from day-to-day operations. The people who surrounded him — and whom he rewarded with favor and promotions — were sycophants. We all like those who praise us, but by surrounding himself with glad handers, he was screened off from what was really happening to the company. The organization’s performance suffered as a result, good people who reported the truth wound up leaving, and the company failed to adjust to shifting market conditions. As the Board of Directors began investigating the accounting and other problems, they determined that the underlying problem was Mark himself — and they fired him. Many CEOs find themselves in a similar position. In a four-year study of 1,087 board members from 286 organizations that forced out their chief executive officers, 23 percent of CEOs were fired for failing to recognize negative facts about the organization’s performance. Economic downswings often reveal such denialism and result in the removal of top leaders. After Mark was fired, he was understandably grim. At first he couldn’t face his own failings and fell into a bout of depression. Finally, his family staged an intervention and pushed him to see a psychiatrist. He went on medication started trying to get his life — and his career — back on track. He’d come to the conference to tap his network to find a new job, and also learn how to prevent the mistakes that had crashed his career from happening again. Given the wound was still fresh, it’s no wonder that my keynote struck him hard. Cognitive biases, and these mental blindspots stem from how our brains are wired, according to research in cognitive neuroscience and behavioral economics, but ultimately they can wreak havoc in business contexts. Tearfully, Mark expressed his regrets — had he learned about the dangers of cognitive biases earlier, he said, he would never have wound up in his position.

Landing on His Feet

Not long after, Mark landed a new role as the COO of a manufacturing company somewhat smaller than the previous one he ran. But this time, he had a new understanding of how to avoid the blind spots. Within a couple of years, he became CEO again. He has made sure to spread knowledge about cognitive biases throughout the company, and his acuity and effectiveness as a leader continues to grow. Mark is a perfect example of how a high-flying career and a good organization can be derailed by poor decision-making based on gut instincts and judgment errors. It’s tempting to do what’s comfortable instead of suffering the temporary discomfort that can arise from making sound (and possibly hard) choices. In order to avoid business disasters, be disciplined about the way you solve problems. Resolve to take a look at your own professional activities and think about where and how dangerous judgment errors might be tripping you and your team up. Fortunately, recent research in cognitive neuroscience and behavioral economics show that there are pragmatic strategies that can overcome dangerous judgment errors. Commit to learning them, and you’ll be on a better path for long-term success in your career.

by Gleb Tsipursky // Dr. Gleb Tsipursky is a cognitive neuroscientist and expert on behavioral economics and decision making. As CEO of Disaster Avoidance Experts, he has consulted and coached hundreds of clients worldwide, including Aflac, IBM, Honda and Wells Fargo. His academic career includes 7 years as a professor at Ohio State Univ. and dozens of peer-reviewed pieces published in leading academic journals. He’s appeared in Fast Company, CBS News, CNBC, Inc., and elsewhere. He authored the bestselling The Truth-Seeker’s Handbook. His new book is Never Go With Your Gut: How Pioneering Leaders Make the Best Decisions and Avoid Business Disasters. Learn more at disasteravoidanceexperts.com, and on Twitter at @gleb_tsipursky.

Equipping
Should You Ever Take Time During Work for Leisure Activities?