Are You Running a Business or Changing the World?

Take a moment right now and think about what made you want to start your own company. Was it to change your own world by earning a decent enough income to support yourself and your family, or was your goal to alter the world around you, positively changing it for generations to come?

Well, when Eric Patrick Thomas founded his company, which sells inspirational and custom apparel, signage, and vinyl banners, his goal was simply to follow his dream of owning his own business. However, it is slowly evolving into something that appears to be changing the world. And he has done it all without the use of his arms or legs.

On September 20, 1997, Eric was at the album release party for Mizcellaneous, his hip-hop group. He said he remembers talking to a friend when he just got up mid-conversation and went outside, which is something he wouldn’t ordinarily do. “It was almost like it was set up,” he says recalling how the night transpired. “I was outside maybe a total of 5 minutes, when I turned my head from either hearing a bullet hit the DJ van parked out front or when I felt the hit.”

He’s not sure what made him turn his head but, either way, the end result what that one bullet went into his neck and lodged in his 3rd and 4th vertebrae, where it still remains today. This placed Eric on a ventilator for almost five-and-a-half months, paralyzing him from the neck down and forcing him to communicate at first with primarily eye blinks and tongue clicks before learning how to breathe, speak, and eat again.

With the strength of a soldier in the heat of battle, Eric decided that he had no option but to prevail over his situation so he could be self-sufficient and take care of his own future. So, he found a way to tap into his entrepreneurial mindset and set out to change the world. The only difference was that instead of pursuing his original dream of music and photography to do it, he now had a much deeper purpose—a purpose he tends to daily at his business EZ Awareness By Design, a company that has been formed around the notion of helping others.

A Company Formed Around Helping

After losing the use of his arms and legs, Eric started receiving support from Genesee Health System, Disability Network, and Goodwill, which is when he met a woman by the name of Cheryl who helped him create a business plan for a company that would sell custom apparel for people with disabilities. Up to that point, it was an untapped market, as most of the options were more medical, which meant that they weren’t very fashionable. From there, he found a business partner, Ziad S. Kassab of The D-MAN Foundation, who helped him get the equipment he needed. His family stepped in to help him out as well.

Although the company offers custom products, as well as ones designed in-house, Eric says that the inspire brand has drawn the most attention. In fact, this brand in particular has made it around the world with people sharing pictures while wearing his inspire apparel from various areas within the U.S., Canada, Brazil, England, China, France, Netherlands, and Germany.

He has also won a couple of Entrepreneur of the Year awards, the Boom Award, and other recognitions of his commitment to help himself and others. And his company has inspired others to take positive action too.

This article is presented by Modmacro, an award-winning web design and digital marketing firm who delivers the boutique experience that discerning small business owners value.

For instance, Eric has started something called inspire Fridays. So, every Friday, people can go on their social media sites, use #inspireFriday, and post what inspires them. Then Eric pulls from these stories and launches select ones on a billboard in Genesee County, Michigan for 24 hours. Some of the stories he has used include a child who set out to help clean up his neighborhood, a woman who is fighting cancer with integrity and grace, and another child who was burned at a bonfire and has shown “no fear” by raising money for a local children’s hospital.

Eric has even captured attention from well-known businessman and entrepreneur, Daymond John, founder of the fashion brand FUBU and one of the investors on the famous hit television show Shark Tank. He knew he needed to meet with Daymond because “he was the perfect person to talk to about ‘lifestyle marketing’ since he had done the same thing for himself.” Fortunately, the meeting occurred when Daymond came to speak at a local college.

Eric has since gone to Daymond’s academy, which he likens to “entrepreneur bootcamp,” and they have still kept in touch as Eric considers him a mentor and a friend. In fact, when Daymond opened his keynote recently at Central Michigan University in Mount Pleasant, Michigan, he started by talking about Eric, showcasing one of his inspire shirts on the podium before him.

When asked what Eric’s ultimate business goal is, he said it is to see four billion people wearing inspire shirts. He kind of chuckled at the number, but says that they talk about it all the time. But his true ultimate goal is to improve the quality of life for other people.

He also wants to open the rest of the world’s eyes to what it is like to operate a business without the use of your arms and legs. For instance, one thing that most people fail to realize is that almost every action he takes happens by voice commands. And while he has voice recognition equipment to help him deal with electronics, it doesn’t always pick up exactly what he has said. This makes doing business extra challenging as messages are not always written as he spoke them.

Plus, he has to give verbal commands for everything that people do on a regular basis, from itching his face to needing a drink. “Every action that a person normally does, I have to stop and actually give a verbal action to get the job done, so it’s almost double the work. This is everyday, all day, so when you are conducting business too, it is almost like running two companies at the same time.”

I asked him about his personal goals, to which he responded, “When I advocate for accessibility, I usually advocate for everyone else before me.” However, he did admit that he has a personal goal to own a home that has what he calls “visitability” so that anyone—no matter what their barrier—can come into his home and feel welcome and comfortable. It is also to get an updated wheelchair vehicle that is accessible to his needs so he can travel, like he is planning to do this summer when he is set to go to Las Vegas for the Men’s Apparel Guild in California (MAGIC) convention, something he refers to as his “Journey to inspire the West.” Of course, “a wheelchair accessible private jet would be nice too,” he says with a laugh.

Now, after hearing Eric’s story, you might want to ask yourself if you are running a business or changing the world. Neither answer is wrong, just make sure you are going in the direction you want to go. If not, maybe it is time for you to inspire those around you as well. Just like Eric has and continues to do.

To connect with Eric or his business, you can go to the EZ Awareness By Design website. In addition to custom apparel (imprinting and embroidery) and logos, signs and banners, commercial road signs, and convention promotions, he also sells his world-famous inspire gear, which ranges from shirts and hats to wrist bands and window decals. 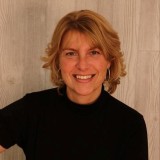 21 Personal and Professional Development Podcasts for Inspiration: An Infographi...

The Surprising Beginnings of Six Famous Car Companies: An Infographic

Success Quotes That Can Be Game Changers for Small Business Owners