How To Network…Without Feeling Anxious All the Time 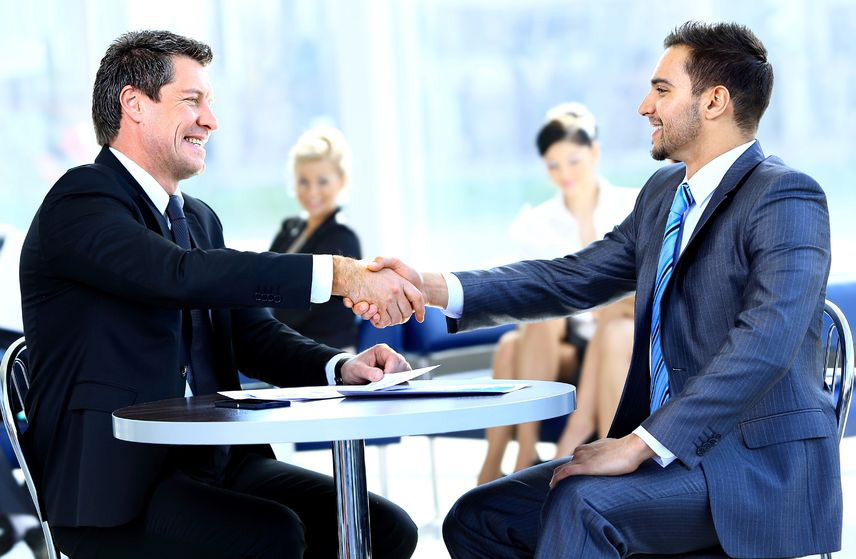 The Anxiety and Depression Association of America reports that anxiety affects roughly 40 million adult Americans, making it one of the most common mental issues in the U.S. Even worse, this feeling alone makes people three to five times more likely to seek medical attention, which makes finding ways to curb it critical to keeping you out of the doctor’s office.
While a number of personal events and situations can contribute to an individual’s feelings of anxiety, from dealing with a troubled marriage to having kids who are making some not-so-good decisions, networking has a tendency of bringing out this emotion in people in a professional capacity. I know that it used to for me.
In fact, in the not too distant past, it wasn’t at all uncommon for me to turn down networking events completely because I didn’t want to face people I didn’t know and feel like I had to constantly sell myself. I wanted to go, but I let my fear get the best of me, always telling myself that I would attend “next time.”
Of course, next time never came, but since I’ve come to the realization that networking is critical to growing my business, I’ve learned some tricks that I use regularly to put myself more at ease when making new connections. This has given me a greater peace of mind while growing my network (and my business), so here they are in the hopes that they do the same for you.

Get Rid of Your High Networking Expectations

One of the things that can make networking scary is all of the expectations that are associated with it. This includes thoughts like “I have to be perfect or no one will want to connect with me” and “If I don’t make a good connection at this event then I’m going to have an even harder time growing my business.”
The reality is that you’re not going to make rock solid connections every time you network. In fact, in my experience, most of the people you connect with will only be in your life for a limited time, if at all.
In other words, very few connections turn out to be out-of-this-park fantastic connections that result in high-paying jobs or increased levels of success. So why get all worked up about it? It’s simply not worth it. Instead, go with the intention of…

Focusing on the People, Not the Connection

What I mean by this is, essentially, you want to look at networking as a way to meet people who, like you, want to get to know others in their field or local area. It isn’t necessarily to find someone who can take you to higher levels of success. This takes some of the pressure off, as your goal when networking switches from trying to make a top quality first impression to simply finding common ground with others like you, lowering your anxiety tremendously in return.
Therefore, whenever I go to networking events, which I am proud to say that I now do, I go with the sole purpose of meeting others; not even to make a professional connection. By keeping my networking mindset in this perspective, focusing on the people and not their profession or how they can help me, my anxiety is almost non-existent. It’s more like I’m going to make new friends.

Remember That Others May Be Just as Anxious as You

I remember walking into one networking event in particular and feeling my anxiety rise as I looked around the room and tried to find a friendly face, someone that appeared to be approachable enough for me to strike up a conversation. However, I was instantly drawn to a woman who was standing alone and appeared to be as frightened as I was about meeting others, creating that instant connection.
This reminded me that, even if they don’t show it, a lot of people at networking events feel as anxious as you. Sometimes just realizing that you aren’t alone is enough to make you feel better about approaching someone you don’t know and starting to talk to him or her. And when you can help reduce someone else’s anxiety by making the first move, it gives you that little bit of confidence you need to put your anxiety even more at ease.

Don’t Try to Sell Yourself

The more you worry about selling yourself by finding a way to share your accomplishments and achievements, the more stressful networking becomes. Instead of enjoying meeting other people in and around your profession, you wind up constantly thinking about how to work your accolades into the conversation, making you a less-than-stellar communicator who comes off as not very genuine because you’re not totally paying attention to what the other person is saying.
Instead of thinking of networking as a way to tell others how great I am (hello stress!) like I used to do, I now follow the Dale Carnegie principle of being “a good listener.” After all, when someone feels as if you truly care about him or her by asking about them and truly listening to the answer, that’s the strongest connection you can make. Even if you never say a word about who you are and what you do, the other person walks away with a positive feeling about you, making them want to stay in touch long after the networking event is over.
These are just some of the things I do to keep my networking anxiety to a minimum. Any that you’d like to add? Feel free to comment below!
I’m always interested in learning other small business owners’ thoughts on relevant topics and issues, so if you have a comment or unique article idea, feel free to contact me at [email protected] (put “Businessing Magazine” in the subject line, please). If I use it, it’s a free link to your website!

Strategizing
The Side-Effects of Frequent Business Travel: How to Cope with Anxiety and Stres...