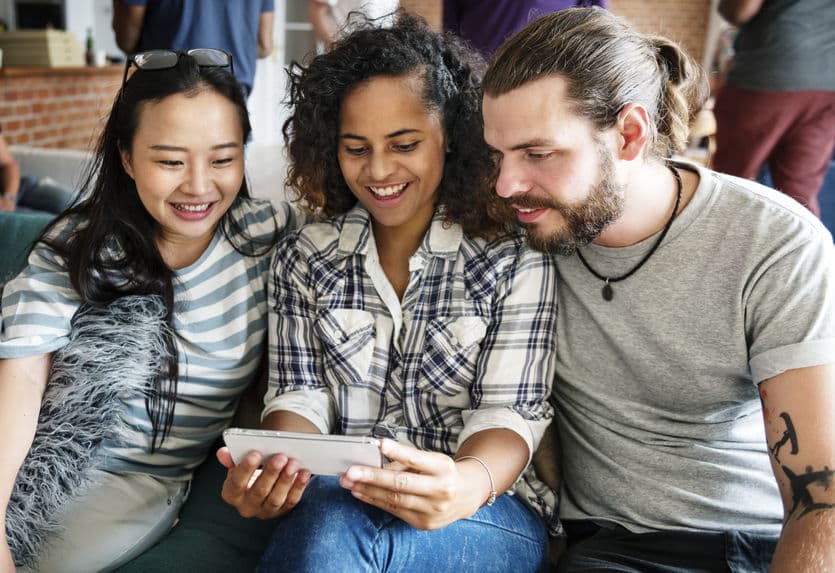 With nearly 2 million apps on offer, the iOS app store is the second largest official mobile app store in the world. Many of those apps are games–some free, some paid, and some free, but with in-app purchases. The app store offers a massive choice of games, catering to all tastes, but there are some games that prove more popular than others, and Apple regularly releases a list of the top-selling apps. The list is ever-changing, and we talk about the top ten best-selling games right here (accurate at the time of writing).

One of the fastest-growing games, Fortnite tops the charts as the best-selling iOS game. This Battle Royale game will push you to the limits in creativity as you build a fort, defend it, attack others, and fight to be the last one standing. You can play on your own, or you can join or create your own squad and train to be the best. Destroy your opponent’s cover, steal their resources, find your own, and battle to be the winner. The game is updated weekly with new features and new game maps. Requires iOS 11 or above. It is free to download, but offers in-app purchases.

Undoubtedly an incredibly popular game, Pokémon GO offers a game you can play wherever you are. Using sensors on your iPhone or iPad, Pokémon GO allows you to see and capture Pokémon anywhere you go. Every Pokémon you catch adds to your PokeDex. You can train them up for Gym Battles and get together with other global trainers to take part in Raid Battles for the chance to take the most powerful of Pokémon. Use TeamGO rockets in your battles and don’t forget to restore the PokeStops. The game is free, but offers in-app purchases, and is compatible on iOS 9 or higher.

Taking the third spot is Clash of Clans, a game that lets you play against millions of other players as you compete to be the best. Train your army, upgrade your Town Hall so it can fight back against attack, use the Siege Machine to break your opponent’s defenses, and use all manner of weapons to defend and attack. Win magical items, join in with friendly battle events and take down the Goblin King. It works on iOS 9 or above, and is free to play, but offers in-app purchases. COC is available for download on Tweakbox Appstore.

One of the most addictive Match-3 puzzle games ever released, Candy Crush Saga takes you on an adventure through a sweet and tempting land. Use your brain, together with boosters, to solve puzzles that increase in difficulty the further you get. Almost unlimited play with thousands of levels, free daily rewards, and several game modes. Play on your own or play against your friends. It works on iOS 8 or higher, and is free to play, with in-app purchases on offer.

A unique game, Roblox opens the doors on a virtual universe where you can be what you want and play what you want. With an ever-increasing library of games created by users, there are games of all genres, and new ones are added regularly. Chose your avatar, customize it, hang out with game friends, and keep in touch with in-game chat, private and group messages. It is compatible with iOS 8 or above, and is free to play, with in-app purchases on offer.

One of the funniest puzzle games ever released, the Toon gang accompany you on a cube-blasting adventure. Join Cooper Cat, Wally Wolf, and Bruno Bear on a journey through magical lands, unlocking boosters, collecting stars for rewards, and more. Play alone or create a team and enjoy 50 new levels added fortnightly. It’s compatible with iOS 7 or higher, and is free to play, but offers in-app purchases.

Join Austin and help him in his bid to rebuild his mansion. Play match-3 puzzles to get the stars needed to renovate the place and use boosters to get ahead. The mansion is full of secrets; uncover them, meet outlandish characters, adopt a cat, decorate inside and out, and give the mansion and grounds a much-needed makeover. The game is compatible with iOS 9 or above, and is free to play, with in-app purchases available.

A real-time multiplayer game, Golf Clash offers users the chance to play other players around the world on some of the very best courses. Take part in real-time tournaments and 1v1 games. Unlock new tours and upgrade your clubs as you play to be the number one Golf Clash player. Play through courses that get progressively harder and play in the most challenging of weather conditions. The game requires iOS 9 or above, and is free to play, but offers in-app purchases.

From the Clash of Clans developers, Clash Royale features the most popular Clash characters. Collect Clash cards and upgrade them to take your opponents out. Destroy their towers, earn Crown chests, and build the best battle deck. Battle your way to the very last arena to take the crown. Play daily quests, weekly quests, private duels, and take part in new events added regularly. It requires iOS 7 or above, and is free to play, with in-app purchases.

From the same developers that brought us Homescapes, Gardenscapes is an even more exciting adventure as you play to restore your garden. Play match-3 puzzles to win stars, restore your garden section by section, and decorate it. Unearth secrets and help Austin get to the bottom of things. Hundreds of levels to play, unique boosters to help you get ahead, a pet to keep you company, and lots of different garden areas to restore. It requires iOS 9 or above and is free to play, although it does offer in-app purchases.

That’s the current top 10 best-selling iOS games – this list is ever-changing as some games top the list and others fall from grace, but these are the cream of a very large crop.

Do you play any of these games or have we given you a few new ideas on what to download next?

Equipping
Technology Innovations Every Business Should Know About

Marketing
How to Put Together a Successful Digital Marketing Campaign

Marketing
The Benefits of a Mobile-Centric Marketing Strategy