Employee Reviews: Should You Do Them? 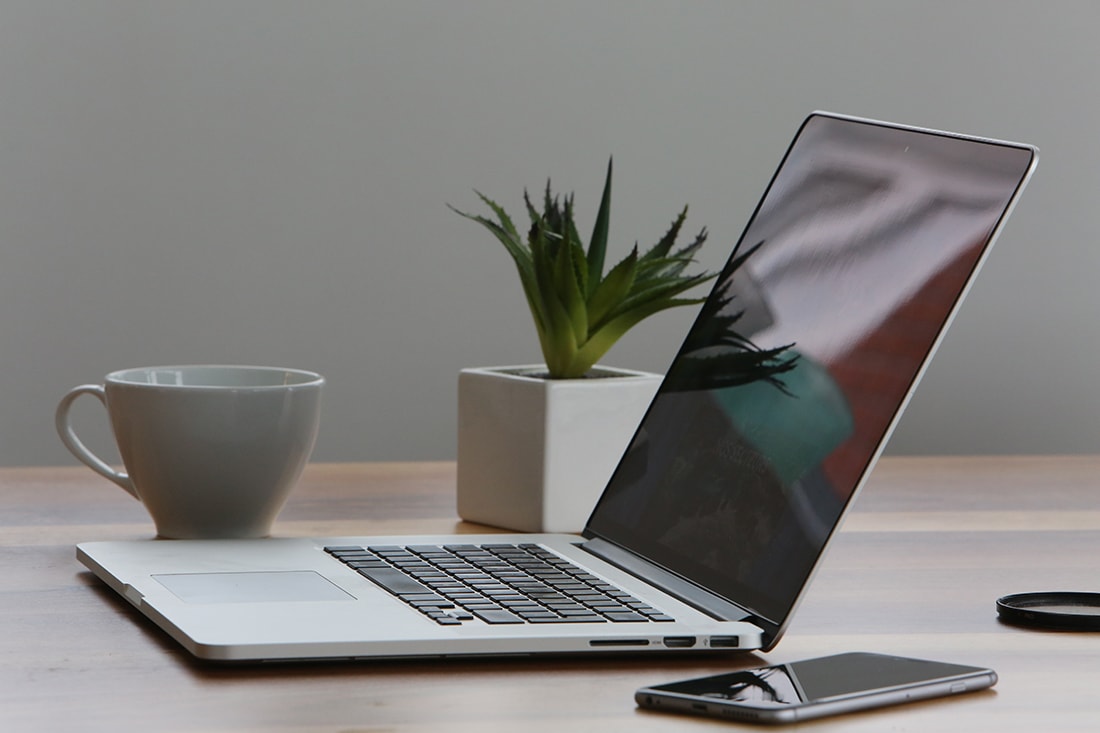 Since I started working at the young age of 13, I’ve worked for several different employers throughout the years. In my teens, I worked at a variety of restaurants, both waitressing and cooking, some of which were small town joints and others in bigger cities. I even tried my hand at bartending a time or two, but soon found that I much preferred sober (and more reasonable) patrons.

After graduating from college with a degree in criminal justice and social work and before starting my own freelance writing business, I found myself employed by local government in numerous law enforcement-related positions. In fact, up until five years ago, I spent my days at the courthouse in domestic court order enforcement and my nights at the local jail as a corrections officer or working on the road for the Sheriff’s department as a reserve deputy.

This also got me wondering: Was I the only one who lacked employee reviews from almost every employer I’ve ever had? In an attempt to find out, I reached out to a few business owners to learn their thoughts and experiences.

Reviews May Be Rare, Yet Still Offer Benefits

Erika Taylor Montgomery, CEO of the public relations and social media management agency Three Girls Media Inc., has had similar experiences to mine. She shares, “Before I started my own business, while I was working for various companies, it was extremely rare to receive a review. I worked for one company for five years and was never reviewed once. So when I started my own business I was determined to do employee reviews on a very regular basis.”

Montgomery decided to conduct them in her business because, “I believe that no matter how skilled someone is, there’s always room for improvement or to learn new things. It’s important to me to mentor my team and help them excel. By doing regular reviews that include an assessment and goals, it sets my team up for success.”

At Three Girls Media, conducting employee reviews on a regular basis means that they look at the performance of each of their employees every six months. “The review is both a written assessment of their skills and overall work,” says Montgomery, “as well as a verbal review.”

The written portion of the review occurs prior to conducting a verbal review and requires that employees complete a self-assessment. Montgomery says that employees essentially grade their own performance using a scale which ranges from “poor” to “excellent” for a variety of skills that apply directly to the individual’s jobs.

“Most of the time the reviews go very well,” says Montgomery, adding that, by and large, “the employees are receptive to constructive suggestions for improvement, as well as goals for them to work on before their next review. However, we’ve had at least a couple of instances where the employee did not take constructive criticism well,” she admitted. What happened?

“One former employee I’ll call ‘Daniel’ had marked himself as excellent on all parts of his self-assessment,” explains Montgomery. “When his direct manager and I disagreed with his self-assessment and shared that we thought overall he was doing a good job, but still had room for improvement, he was extremely upset, got belligerent and very defiant, and insisted that he was doing the job better than any other team members that held the same position. Although he had been with my company longer than his fellow team members, who were also publicists, his ego and sense of self-importance and entitlement was out of control. Unfortunately, we ended up terminating him shortly thereafter.”

Kean Graham, Founder and CEO of MonetizeMore, also believes in the value of employee reviews and has similar experiences. At his company, “Each team lead has a one-on-one with each of their team member every month,” says Graham. “The meetings last for 30 minutes and are broken into 10 minute sessions:

“This process worked exceptionally well when a specific team member opened up and said her current role was too challenging and didn’t take advantage of her strengths,” says Graham. “As a result, we decided to transfer her to another team which she then excelled in and is now a team lead.”

At the same time, Graham also admits that “This process hasn’t always worked. We had one team member that never opened up and continued to give excuses for last minute absences, not fulfilling tasks, and unreliable behavior. We tried transferring him to another team and give direct constructive feedback, but he never turned his behavior and performance around. We eventually had to terminate him.”

Richard Hayman, CEO, mentor, and coach with Hayman Consulting Group, says that if small business owners do decide to conduct employee reviews, they should treat them like treadmills. What does he mean? “If you’re inconsistent, you can do more harm than good,” says Hayman.

When asked to define what a “good” review schedule looked like, Hayman responded that his family-owned business conducted reviews on an annual basis. Although, if it was deemed appropriate to conduct the review within a shorter period time, such as when someone was up for a promotion prior to their year being up, the review could always be accelerated.

Additionally, the employees were promised one of two outcomes from their review. Either their pay would stay the same or it would go up. However, Hayman soon noticed that many employees were asking for reviews out of turn, before their year was due. This prompted them to change the company policy so that any review conducted out of turn would have a third potential outcome: a pay decrease.

Much to Hayman’s surprise, no employee requested a review in the following 14 years. Not one. “This was very telling,” says Hayman, who explains that he believes the out-of-turn reviews ceased because his employees “didn’t have the confidence that they were doing a good job. When their attitude changed from nothing-to-lose to something-to-lose, they thought about it longer.”

Hayman also recommends that those doing employee reviews develop a process that is based on honesty. “You can’t give false praise,” says Hayman. “You also can’t be 100 percent negative or you might as well let the employee go.”

The one other piece of advice that Hayman offers is that, if you do decide to do reviews on your employees, be sure that your managers are properly trained on how to do them. This begins with creating a company handbook that managers “can’t interpret different than the owner,” says Hayman. Additionally, he strongly suggests that this handbook be created especially for your business and that it be reviewed by an attorney so you don’t find yourself on the losing end of a lawsuit.

“Be consistent with every single employee,” advises Hayman. Oh yeah, and know that “you must keep your records for seven years,” says Hayman. So don’t get rid of your documentation from them unless it’s been at least that long.

If You Do Them, Keep the Metrics Consistent

One point that Hayman touched on was the importance of making sure everyone doing the reviews interpreted them the same way. This was also a lesson that Brenna Lemieux, Content Director at Insureon Small Business Insurance, says they learned firsthand.

“As we started scaling up and hiring more employees, we got to this point where we realized we had to start doing formal reviews,” says Lemieux. “It was kind of startling but also exciting.” To do these reviews, Lemieux says that they “put together a self-evaluation sheet with a 1 to 5 ranking system and handed it out to everyone, but we didn’t define what the numbers meant beyond ‘unacceptable’ through ‘exceeds expectations.’”

While Lemieux advised her team that a rank of ‘5’ meant that the employee was “right on track,” her boss considered that same rank as saying “you couldn’t possibly do better and actually deserve my job.”

“We learned a pretty important lesson there,” says Lemieux. “Make sure all team leaders are treating evaluation metrics in the same way before you do reviews. It’s a small thing, but it helps when you’re identifying goals and deciding compensation adjustments for the coming year.”

Reviews Don’t Have to Be Conducted Annually

James Harper, founder of the small business marketing firm GoEdison and personal brand/development consultant at James Harper Media, has a slightly different view on employee reviews, which he says “are always tricky.”

“I don’t have a ‘canned’ approach with reviews,” says Harper. “I also don’t believe in annual reviews. I believe if you’re constantly working with your employees on a weekly basis, providing feedback and guidance routinely, then annual reviews in terms of a ‘performance review’ doesn’t make much sense because my team already understands how they are performing.”

That being said, Harper says annual reviews, if conducted, are a great time “to shed light on company goals for the next 12 months. I think it’s critical that your staff understands the impact they have in terms of your company being successful. I always make it a solid point to have my team understand the impact they have on the big picture.”

Mark S. Babbitt, CEO and Founder of YouTern, has similar thoughts. “At one time, the annual performance review had a prominent place in the corporate world,” says Babbitt. “Then again, so did the fax machine, the timeclock, and those pink ‘While you were out…’ message pads.”

“Today’s best employees don’t want to wait 12 months to get some canned review of their performance,” says Babbitt. “Just as important, they don’t want to wait a year to provide input on how the company can improve its processes, climate, and culture.”

Babbitt adds that, regardless of this, “many HR processes still rely on the annual documentation for merit raises, promotion data points and much more. So for many companies, the once-per-year review isn’t going to go away any time soon.”

What do you do if you’re one of the companies that does the reviews? “We advise our clients to add weekly ‘Human 1-on-1’ meetings and informal feedback loops,” says Babbitt. The goal of these is “to collect more spontaneous input from team members, from the newest intern to the most senior manager.”

Babbitt says that he and his team also suggest that companies incorporate “Random Acts of Leadership” into their businesses. These are 15 to 30 minutes daily sessions which involve having the business leader “walk the floor and start conversations with whoever walks by, whether they work for them directly or not.”

Babbitt reveals that these mini-conversations are “a highly effective practice that shows the team member that you’re interested in the work they are doing, are ready to help wherever possible, and, in some cases, are willing to start some tough conversations.” He adds that they “are also a great opportunity to reinforce the purpose of the organization and, in some cases, help realign the work to the mission.”

“Bottom line,” says Babbitt, “don’t wait for the antiquated performance review to make a difference in the work and lives of your employees. Show them you care… all year around.”

Equipping
Should You Ever Take Time During Work for Leisure Activities?

Leading
4 Remote Team Management Mistakes and How to Avoid Them

Equipping
Working from Home in a Post Pandemic World