Small Business Owners And Sleep Deprivation: What You Need To Know 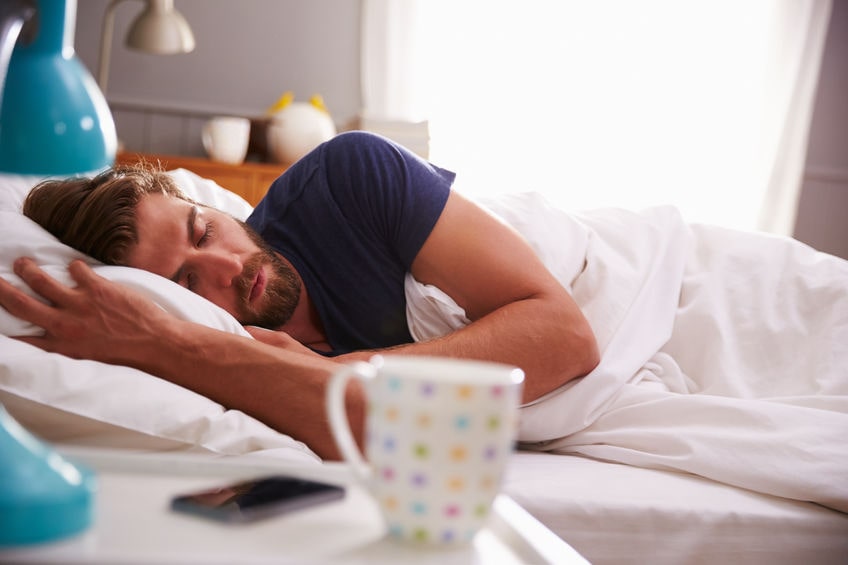 As a business owner, you’ve no doubt had sleepless nights. And you are also likely aware of the effects that not getting enough sleep can have on your mood and overall well-being. Not getting enough shuteye can impair your ability to make decisions, remain productive, and even get along with others, all of which can be detrimental to your business and its success.

However, it’s not just your own sleep that you need to be concerned with — even though research suggests that small business owners sleep much less than their corporate counterparts. When your employees aren’t getting enough sleep either, the impact on your business is only exacerbated. They won’t be as productive as possible, and ultimately, the physical effects of sleeplessness and the toll on their overall well-being may drive them to leave your company for a job that’s less detrimental to their health.

Because owning a business means considering all aspects of that enterprise, including the well-being of your employees, it’s important to understand exactly how sleep deprivation can affect your business, and what you can do to ensure that you and your employees are making sleep a priority. It might seem strange to be concerned about much sleep your employees get, but when you know what can happen if they aren’t, you’ll understand why.

The Effects of Sleep Deprivation on Leadership

Sleep deprivation can affect every part of your business, from the way people interact with each other to your bottom line. One area that’s particularly vulnerable? Leadership.

Generally speaking, research focuses on the traits associated with effective leadership. Employees often rate leaders highly when they are personable and pleasant, which also influences perceptions of the leader’s overall competence. For instance, sleep deprivation can affect your ability to make decisions, and it’s also proven to influence your ability to behave ethically. Not getting enough sleep reduces your ability to exercise self-control, which makes it easier to give in to temptations — even if they aren’t ethical.

Perhaps more importantly, though, sleep deprivation has a negative effect on your relationships. Often, when we encounter people who are less than pleasant, we chalk up their behavior to personality traits. And while everyone has negative aspects to their personality, not getting enough sleep has a tendency to draw them out. In other words, when you don’t get enough sleep, it’s more likely that you will act like a jerk to other people, which will change their perceptions of you and your leadership skills — and their willingness to remain loyal to you. In short, not getting enough sleep reduces your patience, makes you more antagonistic, and worst of all, unable to recognize the effect that you are having on others.

Even if you are somehow able to maintain a professional and pleasant demeanor despite your lack of sleep, sleep deprivation will hurt your business in other ways. For example:

Sleep Deprivation is Dangerous. Exxon Valdez. Chernobyl. Countless transportation accidents. What do they all have in common? They are all attributed to sleep deprivation. Not getting enough sleep slows reaction times, impairs decision-making, and increases the likelihood of errors, which can have serious consequences for your business. In fact, research indicates that not getting enough sleep actually has a similar effect as drinking alcohol: 24 hours of not sleeping is actually the same as drinking four glasses of wine. In short? When you and your employees aren’t well-rested, the chance of costly errors and injuries increases.

Sleep Deprivation Reduces Productivity. Overall, sleep deprivation costs American businesses more than $400 billion in lost productivity every year. That equates to about $2,300 per worker, or more than 2 percent of the total GDP of the nation. Lost productivity stems from several factors, including decreases in energy, memory problems, and other cognitive declines. Research also indicates that on average American workers spend 4.5 hours per week working at home, indicating that they aren’t getting as much done during working hours. Sleep deprivation also contributes to a number of chronic health issues, including cardiovascular disease and diabetes, that contribute to absenteeism, which reduces productivity.

Sleep Deprivation Tanks Team Work. Leaders aren’t the only ones who suffer bad moods because of a lack of sleep. Your team can also be affected by sleep deprivation, as more than 80 percent of people report feeling more irritable due to a lack of sleep. Not only can this irritability impact interpersonal relationships among teams, but it also contributes to stress, anxiety, and frustration, all of which create challenges in interpersonal relationships.

Sleep Deprivation Harms Decision-Making. Sleep is crucial to supporting cognitive function, in particular insight, pattern recognition, creativity, and innovation. The prefrontal cortex is the part of the brain responsible for executive functioning, and it is also the only part of the brain that cannot fully function on limited sleep. What this means for you and your employees is that the less sleep you get, the harder it is to make good decisions. In fact, when you are sleep-deprived, you’re more likely to look for shortcuts to difficult tasks, shortcuts that may cause errors at best, or be unethical at worst.

As a small business owner, you are in a better position than leaders within larger organizations to recognize the signs of poor sleep hygiene and implement changes to help your employees get more rest. And those changes are most effective when they start with you.

Any plan to improve sleep quality begins with you, and walking the walk. This might include:

Establishing a culture that values sleep. This means not sending emails at all hours of the night, not working well into the night and expecting your employees to do the same, and making a conscious effort to discourage employees from losing sleep over work. Feel like you absolutely have to get an email written down late in the evening? Go ahead and write the draft, but schedule it to be sent first thing in the morning, so your employees don’t feel as if you’re infringing on their rest time.

Allowing flexible scheduling. When employees aren’t tied to a specific schedule, they can work when they are most productive, without having to get up at the crack of dawn or burn the midnight oil. Everyone has their own individual Circadian rhythm, and when you give employees the freedom to work when they are most alert, provided they work their required number of hours, they will not only be more productive, but also more loyal.

Encouraging overall wellness. Exercise and diet are closely tied to sleep quality. Not getting enough exercise can make it more difficult to fall and stay asleep, and eating poorly — including too much caffeine and sugar — also makes it more difficult to sleep. As a business owner, you can encourage overall wellness among your team to help them remain healthy, and get better sleep. For example, try holding “walking meetings” or encouraging your employees to get up and stretch throughout the day. Not only can this help combat the effects of sleepiness, but can help your workers sleep better at night.

Making naps possible. It may not be feasible in all office environments, but giving your workers a quiet spot to catch a few Zs during the workday can help combat sleep deprivation. Providing a “nap room,” a quiet spot with a comfortable sofa or some chairs where employees can rest during breaks can help them refresh and be more productive during the rest of the day. Just remind everyone to avoid sleeping longer than 20 minutes, so they don’t wake up groggy or disrupt their nighttime sleep.

On a personal level, you need to make changes to improve your own sleep in order to be a more effective leader. Not getting enough sleep is bad for both you and your business, so you need to make sleep a priority, even if you have mountains of work to do. Getting adequate sleep and tackling the day well-rested and refreshed allows you to be more productive during your working hours and reduce how much work you take home or spend in the office after everyone else has gone home. There may be times when getting a full eight hours is difficult, if not impossible, but it’s important to make those times the exception rather than the rule.

Sleep deprivation shouldn’t be a badge of honor for an entrepreneur, and it shouldn’t be a part of your business’s culture. Remember that when you are overtired, you aren’t presenting an image of competence and professionalism, and that most people aren’t thinking that you must be working really hard to be so tired. Instead, colleagues and customers are more likely to think that you aren’t terribly articulate or personable. For your own health, your employees’ health, and the health of your business, sleep should always be near the top of your to-do list.

Entrepreneuring
What Business Owners Need to Know About Self-Sabotage

Equipping
Office Safety After Coronavirus: What Office Managers Need To Do Consider With C...