Covering All Your Legal Bases When Firing 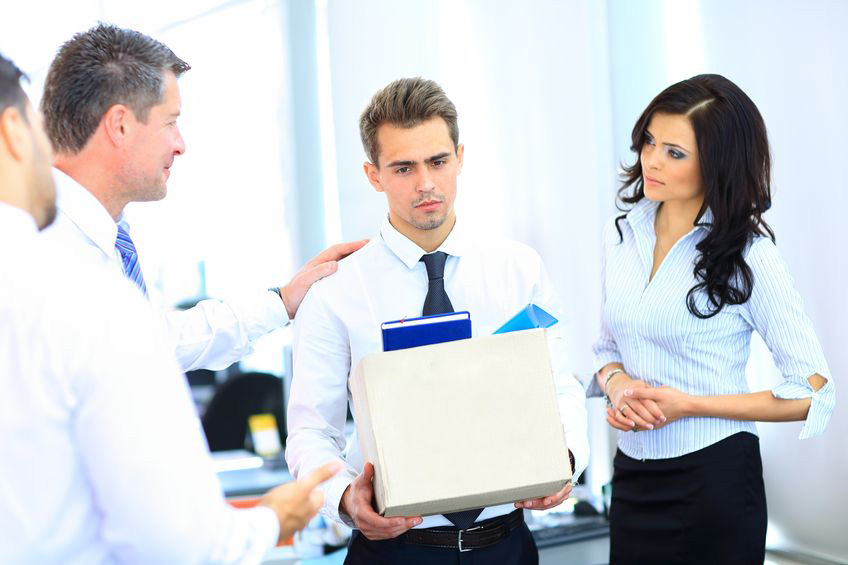 In November of 2011, Merill Lynch was hit with an $8.5 million lawsuit for wrongfully letting an employee go. Three years later, CNN became the Defendant in a similar suit, but this time the Plaintiff was going after $5 million in damages.
Unfortunately, these high amounts are more common than you’d think as, according to Xcel HR, a human resource service for small and mid-size businesses, 10 percent of all wrongful termination and discrimination cases resulted in an award of $1 million.
Even if you don’t make it in front of a judge or jury, Xcel reports that the average out of court settlement for employee/employer lawsuits is around $40,000…a huge chunk of change for most small business owners.
And if you think that this will never happen to you, that your employees would never sue, you may want to think again, as Xcel’s statistics say that 6 out of 10 employers are sued within a five-year time period. Not very good odds. So how do you keep yourself from being one of the majority when it comes to letting employees go? You cover your legal bases by asking yourself these five questions first.

Did you make a promise regarding employment?

If you have any sort of written employment contract with an employee that promises their job is secure, they can argue that they aren’t considered an at-will employee. Even if the promise was contained within some other writing, such as a letter or memo, the court could side with them and ultimately determine that you’re liable.
It’s important to note that verbal promises can be taken into consideration as well. They can be more difficult to prove, of course, but the court can rule that this type of promise existed if it believes so based on several factors ranging from the employee’s job history to similar promises you made to other staff.
For this reason, you want to be cautious of what you say and write to employees that explicitly or implicitly implies that they have a job with you long-term. To make this sort of promise could put you in the hot seat should you have to let them go.

Have you acted fairly?

There is a phrase called “implied covenant of good faith and fair dealing,” which means that you won’t act in a way so as to avoid your obligations or deprive someone of what they understood as rightfully theirs. Examples of breaching this include firing someone so you don’t have to pay them their bonus or commission, making up false reasons to let them go, or continually assigning them projects you know they don’t like in order to get them to quit.
Establishing a paper trail, or a record of the employee’s actions which led up to the firing, can help resolve some of these issues. In fact, proper documentation of your decision to let the person go based on his or her actions over time may be the one thing that saves you from an expensive payout in this type of suit.

Under the law, a person cannot be fired for upholding certain duties, which include performing jury duty, voting, and serving in the military. Thus, firing someone for one of these reasons is a violation of public policy and the court could very well rule against you.
Knowing this, it’s helpful to have policies and procedures in place for your staff to notify you when one of these types of events occurs. That way you have some protections as well.

Is the firing discriminatory?

The U.S. Equal Employment Opportunity Commission (EEOC) protects employees from being fired “because of that person’s race, color, religion, sex (including gender identity, sexual orientation, and pregnancy), national origin, age (40 or older), disability or genetic information.” Therefore, if any of these reasons is the basis for letting someone go and they can prove it, you could be sued and the person will probably win. Diversity understanding and acceptance is key for this particular question. Therefore, if you struggle with this issue at all, you may benefit from some type of diversity training.

Are you firing the person for retaliation?

Just as you have certain protections as an employer, employees have some protections as well. This includes protection from retaliation, such as if you want to let them go because they filed a complaint against you with the EEOC, or if they serve as a witness on a discrimination-based case filed by another employee.
Along the same lines, you also cannot let an employee go for whistleblowing, which is defined as “the disclosure by a person, usually an employee in a government agency or private enterprise, to the public or to those in authority, of mismanagement, corruption, illegality, or some other wrongdoing.” In other words, if you’re doing something you shouldn’t, and one of your staff alerts the authorities, you cannot legally fire him or her.
Ask yourself these five questions before letting an employee go and you’ll have a clearer idea of whether the firing could result in a court case that costs you lots of cash. Of course, there’s no guarantees, as anyone can sue for anything, but at least you know what your legal bases are, which is often half the battle.
I’m always interested in learning other small business owners’ thoughts on relevant topics and issues, so if you have a comment or unique article idea, feel free to contact me at [email protected] (put “Businessing Magazine” in the subject line, please). If I use it, it’s a free link to your website!

Strategizing
Advantages of Hiring a Consultant for Your Business Growth Project

Leading
7 Tips for Finding Employees That Fit Your Company Culture