From Millionaire to Billionaire: An Infographic 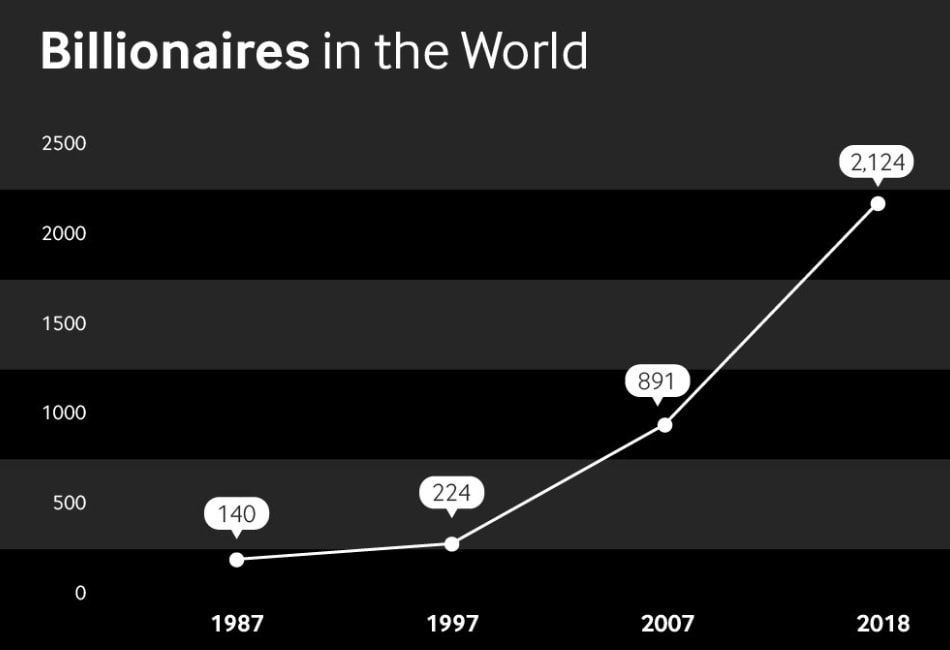 Most business owners only dream of becoming a billionaire. It seems like the “three-comma club” is reserved for a select few who are either extremely fortunate or extremely brilliant. However, the number of billionaires in the world has more than doubled in just the past decade—from 891 in 2007 to 2,124 in 2018—making the club seem a bit less exclusive.

In the following infographic created by Betway, you’ll find some interesting statistics about the world’s billionaires, including who some of them are, and how they made their billion(s). Some of the names you’ll recognize, like Facebook’s Mark Zuckerberg, Amazon’s Jeff Bezos, and the Waltons of Wal-Mart fame, but others are less famous.

The infographic also offers some interesting insights into some of the billionaires on the list, including where they went to college (if they went to college at all), what they studied, how long it took them to go from millionaire to billionaire, and in what industry they made their money. As you’ll see, there is no one path to becoming a billionaire, but there are some interesting trends. For example, almost a quarter of the billionaires that were looked at for this infographic studied engineering. The second most common area of study was economics or business at 17 percent. Thirty percent of the billionaires studied have no degree whatsoever—either dropping out of college early, or never attending at all.

No billionaire was an overnight success story, although Mark Zuckerberg is about as close as you can get to being one, having gone from his first million to his first billion in just one year. Most of the other billionaires on the list spent the better part of their working lives earning their fortunes.

Take a look at the infographic below to find out some other interesting statistics about the three-comma club, and perhaps gain a little bit of inspiration as you work toward your own fortune.

Strategizing
A Look at Employer Drug Testing Policies and Marijuana: An Infographic